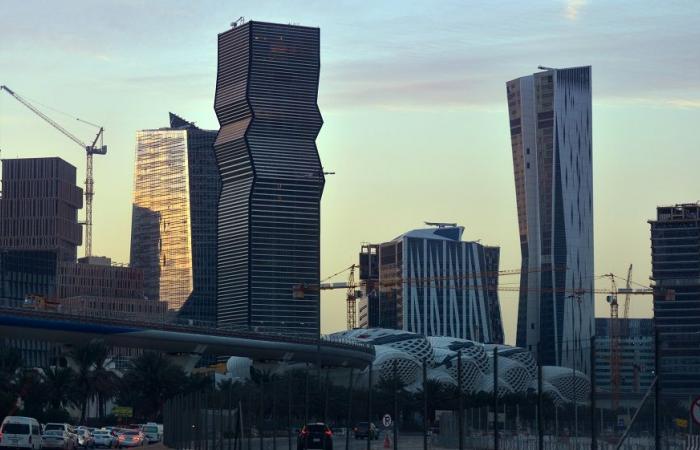 Thank you for reading the news about Saudi economy contracted by 4.1% in 2020 and now with the details

Jeddah - Yasmine El Tohamy - DUBAI: Saudi Arabia's stock market is set for another bumper year of stock market listings with several sizeable initial public offerings (IPO) in the pipeline as investors look to allocate a pile of cash built up through the coronavirus pandemic.

After the then record $29.4 billion listing of oil giant Saudi Aramco shone a spotlight on the country's equity market in late 2019, the kingdom generated IPO proceeds worth $1.45 billion last year despite the economic fallout from the pandemic.
At the same time, total deposits at Saudi commercial banks increased, from nearly 1.8 trillion riyals ($479.88 billion) at the end of 2019 to 1.94 trillion riyals as of December last year, according to central bank data.
"There is surely more liquidity in the market but that is natural after COVID as there is more disposable income to invest," said Mazen Al-Sudairi, head of research at Al-Rajhi Capital in Riyadh.
Four out of seven IPOs from Gulf countries last year launched on Saudi Arabia's Tadawul bourse, the largest market in the region with average daily turnover in excess of 8 billion riyals last year, according to data from EFG-Hermes.
The offerings of non-cyclical or defensive shares could not have been better timed, with the sectors outperforming during the pandemic.
Sulaiman Al Habib Medical Services was the largest company in the region to go public, raising $698.6 million, while supermarket chain BinDawood Holding raised $585.1 million.
Tadawul chief executive Khalid Alhussan told Reuters that many Saudi corporates needed to raise capital, while listings helped them become more transparent in their disclosure of information.
"We are seeing also a lot of IPO engagements already...so I anticipate this year to be even higher than last year,” Alhussan said.
The IPO of Alkhorayef Water and Power Technologies is currently underway, while Investcorp-backed Theeb Rent-a-Car is expected in the market by the end of the first quarter.
Meanwhile, utility developer Acwa Power is preparing a $1 billion listing and sizeable deals are expected from Solutions by STC and the specialty chemicals business of Saudi Basic Industries Corp, which is planning to raise several hundred million dollars at the end of the year or the beginning of next year.
Food delivery firm Jahez could be the first start up to list on the bourse, after announcing plans to go public in 2021, and Saudi Aramco will remain firmly on investors' radar, after crown prince Mohammed Bin Salman said there were plans to offer more shares in the company.sv

These were the details of the news Saudi economy contracted by 4.1% in 2020 for this day. We hope that we have succeeded by giving you the full details and information. To follow all our news, you can subscribe to the alerts system or to one of our different systems to provide you with all that is new.