US investments into Dubai top $14bn over five years 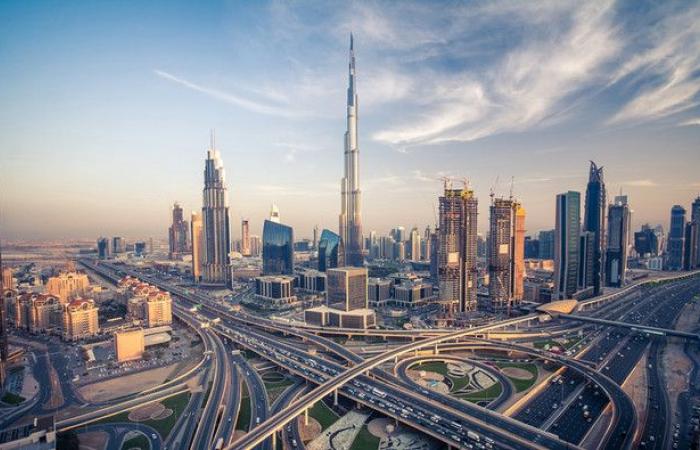 Jeddah - Yasmine El Tohamy - LONDON: World shares set another record high on Monday and oil surpassed $60 a barrel for the first time in a year, on hopes that a $1.9 trillion COVID-19 aid package will be passed by US lawmakers as soon as this month.
Even news that South Africa had halted the rollout of AstraZeneca’s vaccine after a study showed it gave only limited protection against the country’s more contagious variant of the virus wasn’t going to put equity markets off.
MSCI’s 50-country index of world stocks hit its ninth record high of 2021 overnight as Tokyo’s Nikkei jumped on talk of Japan’s relaxing emergency restrictions and as China’s markets got busy before the start of the lunar new year.
Europe then made a strong start to the week as higher oil prices and inflation expectations lifted basic resource and banking shares 2 percent and 1.5 percent, and France’s Veolia launched a hostile 11.3 billion-euro takeover bid for waste and water rival Suez.
“A generalized risk-on tone is pushing stocks higher,” UniCredit’s analysts said in a note.
Bond markets were moving, too, as focus intensified on how far inflation might rise if the current mix of stimulus, rising oil and food prices and expectations for a reopening economies continue to hold.
Ten-year US Treasury yields, which are one of the main drivers of global borrowing costs, climbed above 1.2 percent for the first time since the peak of coronavirus uncertainty last March.
Break-even rates, which account for inflation, traded as high as 2.21 percent, their highest since 2014.
“It will be hard not to see inflation in something when we get what is likely to be a short-term stimulus boost,” Deutsche Bank’s Jim Reid said, referring to planned US stimulus.
“Whether that will be in goods, wages or asset prices or all three remains to be seen, but it seems inevitable there will be an impact.”
That renewed focus on inflation came as Brent crude touched an intraday high of $60.06 a barrel, the highest since January last year.
Saudi Arabia’s pledge of extra output cuts in February and March on the back of reductions by other OPEC members and their allies, including Russia, is helping to limit supply and support prices.
In a further sign of that supply dynamic, the six-month Brent spread hit its highest in more than year, $2.45. OCBC’s economist Howie Lee said the Saudis had sent another “very bullish signal” last week too by keeping its Asian prices unchanged.
“I don’t think anybody dares to short the market when Saudi is like this,” he said.

Asia’s overnight rally had seen Japan’s Nikkei close up 2 percent, Chinese blue-chip shares advance 1.5 percent and Australian shares finish 0.6 percent higher.
Wall Street futures were pointing 0.3 percent higher after the Nasdaq and S&P 500 both climbed to record highs on Friday as weak monthly US jobs data supported expectations of stimulus and after some strong corporate earning.
US President Joe Biden and his Democratic allies in Congress forged ahead with their stimulus plan on Friday as lawmakers approved a budget outline that will allow them to muscle through in the coming weeks without Republican support.
US Treasury Secretary Janet Yallen predicted the United States would reach full employment next year if Congress can pass its support package.
“That’s a big call, given full employment is 4.1 percent, but one that will sit well with the market at a time when the vaccination program is being rolled out efficiently in a number of countries,” said Chris Weston, Melbourne-based chief strategist at Pepperstone.
Expectations of a US economic recovery have not boosted the dollar, however, “although much of the optimism toward US macro is probably well founded,” said Kristoffer Kjær Lomholt, chief analyst, FX and rates strategy at Danske Bank.
“The US jobs recovery has more or less stalled (though), and that did leave some space to take EUR/USD higher. The next big theme that may be priced further in to spot is moving ahead with US fiscal talks.”
Indeed, the dollar came off a four-month high against the Japanese yen to be last at 105.50. The euro was weaker again though at $1.2022 after rising 0.7 percent on Friday to a one-week high.
Data showed German industry avoided a contraction in December. Despite coronavirus lockdowns at home and abroad, demand from China helped export-oriented manufacturers in Europe’s largest economy weather the COVID-19 pandemic.
The risk-sensitive Australian dollar eased from a one-week high to $0.7655 while South Africa’s rand fell nearly 0.5% after its AstraZeneca vaccine troubles.

These were the details of the news US investments into Dubai top $14bn over five years for this day. We hope that we have succeeded by giving you the full details and information. To follow all our news, you can subscribe to the alerts system or to one of our different systems to provide you with all that is new.