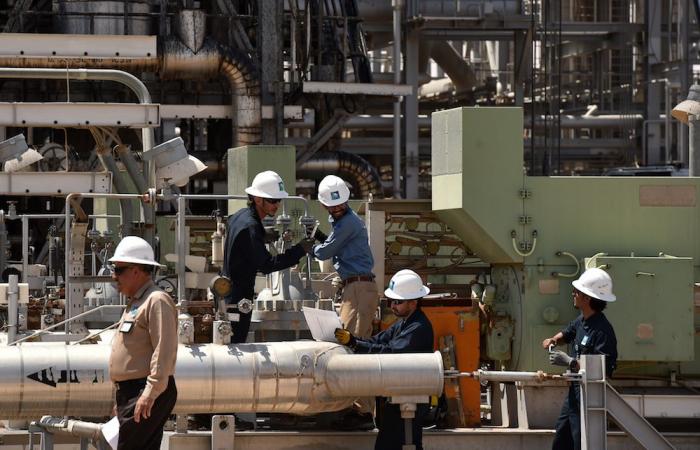 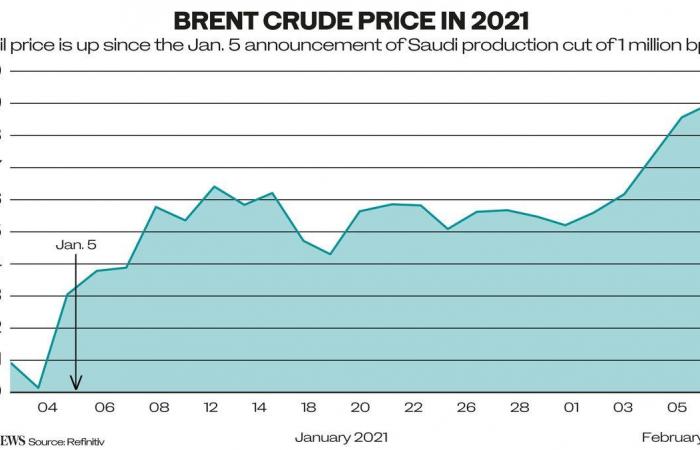 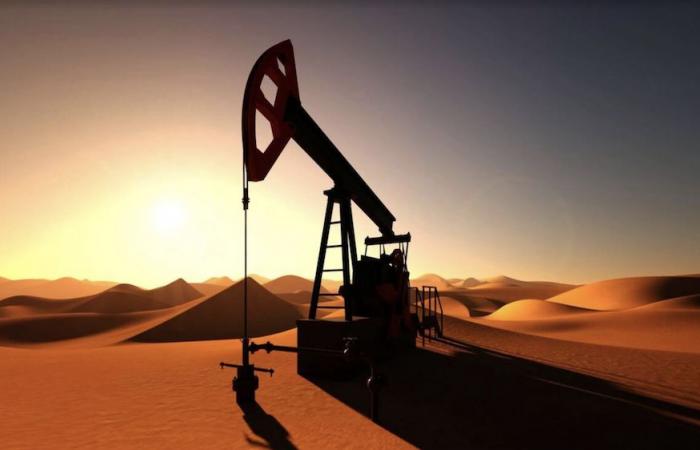 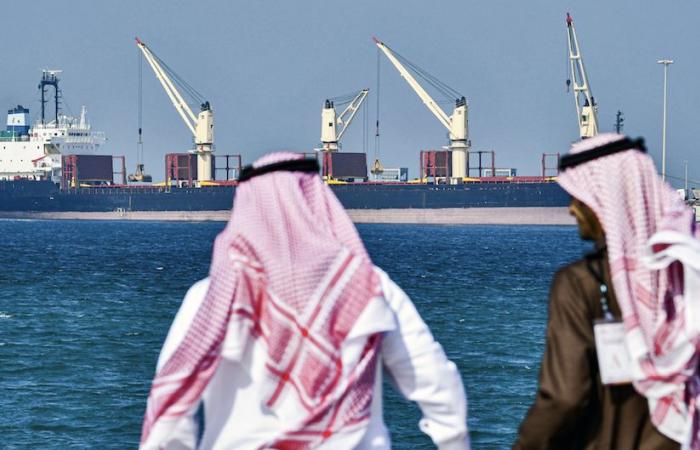 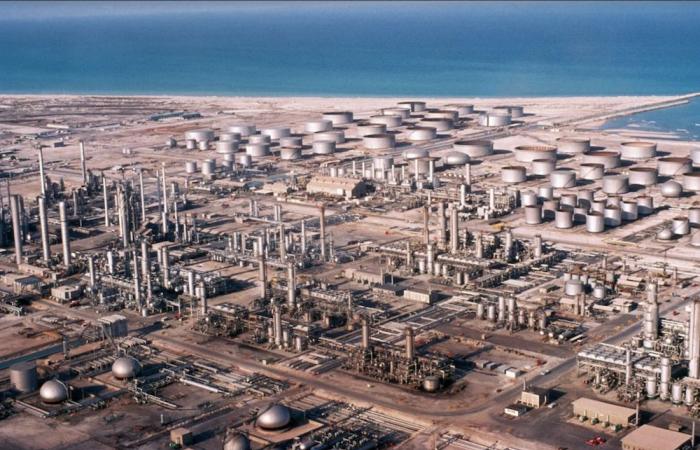 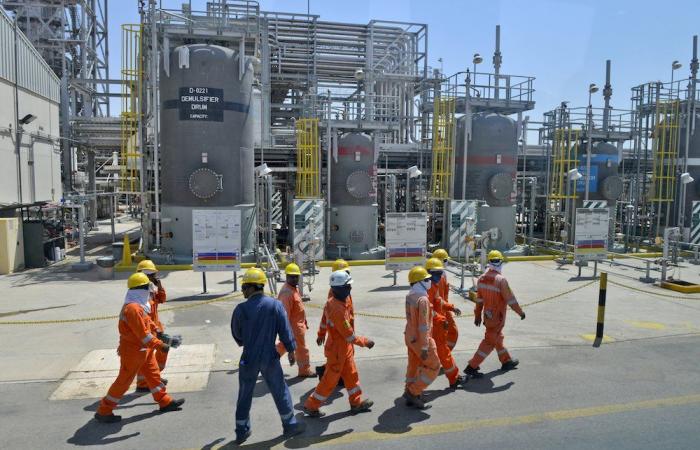 It touched $60 a barrel on Feb. 8, a level Brent crude last saw back in early 2020, when the coronavirus crisis was still just a distant and uncertain speck on the horizon of the world economy.

The “present” — as Alexander Novak, Russia’s deputy prime minister, called the unilateral Saudi cut — was all the more valuable because it came at a time when new variants of the virus were emerging, the second wave of infections was raging, and more economies were going into some form of renewed lockdown, further dampening oil demand. 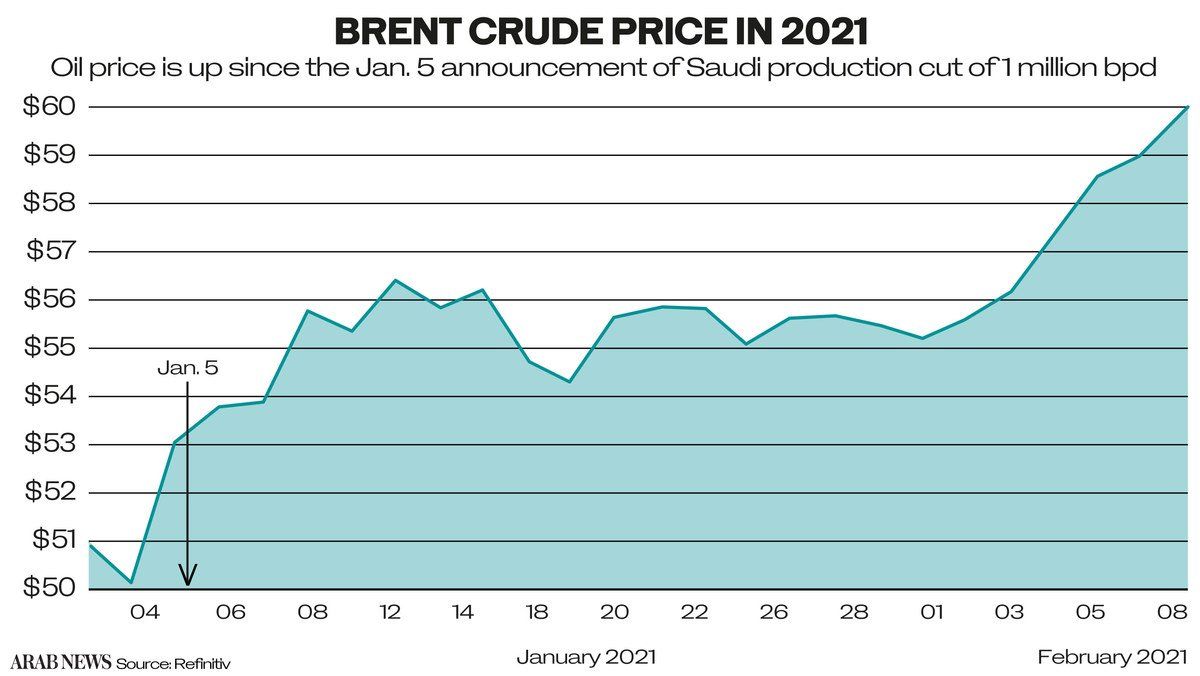 Without the cut, there was the real possibility that the oil price could have gone into reverse, heading back into the $40 range and wiping out all the benefits of months of self-discipline on the part of oil producers, collaborating under the OPEC+ alliance led by Saudi Arabia and Russia.

While even the most cynical of oil analysts recognize the benefit that has come from the surprise cut, there has been an ongoing debate as to Saudi Arabia’s motives. Was there a deeper reason behind the self-denial?

In a new analysis, Bassam Fattouh, director of the Oxford Institute for Energy Studies (OIES), and Andreas Economou, senior research fellow, have dissected the decision in the context of global commodity markets.

Their analysis — coming from one of the world’s most respected independent energy think-tanks — sheds new light on the strategy underlying the “Saudi surprise.”

Prince Abdul Aziz’s “big news” came during a fractious meeting of the OPEC+ alliance, with Russia and a few other producers apparently determined to stick to a previously agreed plan to increase production by 500,000 a day.

With an eye on the fragile global market, Saudi Arabia wanted to postpone that increase, and had the support of most of the rest of the OPEC+ group. But there had been growing tensions within the organization, with Russia in particular keen to pump more oil and maximize revenue, and the UAE also sending signals that it was of the same mind.

Prince Abdul Aziz said the Kingdom was acting unilaterally in its role as “guardian of the oil industry,” adding: “We do this willingly and with the purpose of supporting our economy and the economies of the OPEC+ countries.”

But conspiracy-minded oil-watchers jumped to all sorts of conclusions, as the OIES experts describe.

Some observers considered Saudi Arabia’s decision as political rather than “technical.” Others argued that it looked “more like a capitulation to a Russian oil ministry that drove a hard bargain.”

Others said that it was a symbolic olive branch to the new US administration of President Biden to boost the Kingdom’s reputation as a responsible player in global markets, and that it would cost Saudi Arabia much needed long-term revenue.

Fattouh and Economou examine these suggestions, but instead reach the conclusion that there are “alternative and more straightforward (but certainly less exciting) explanations.”

First, the cut reflected the Kingdom’s strategic priority of being prudent and flexible in the face of uncertain markets. If global oil demand fell as a result of new lockdowns, the cut would help keep supply and demand balanced and mitigate a build-up in stocks worldwide.

If demand turned out better than expected, the cuts would bite deeper into global inventories, still historically high after the demand devastation of 2020.

“In other words, the Saudi cut would help bring forward the rebalancing process by a few months if demand turned out to be stronger than feared. Reducing overground stocks allows Saudi Arabia more flexibility to respond to demand uncertainties,” the OIES said.

Second, the cut also asserts Saudi leadership and willingness to act independently, but in a less spectacular way than last spring, when a temporary breakdown of the Saudi-Russia agreement led to a brief but serious “oil price war” that rattled global markets.

“It is becoming increasingly clear that Russia and Saudi Arabia have different perspectives on market dynamics,” the OIES authors said, pointing to Russia’s preference for restoring output and keeping prices within a $45-$55 price range.

Russia is worried about a resurgence in US shale output as prices recover, and is especially concerned about the competition in the European market, where American exports have been growing at Russia’s expense.

Saudi Arabia, perhaps with more of a focus on the big markets in Asia, which are generally recovering faster than the rest of the world from lockdown recessions, does not want to risk the rebalancing process and wants to reduce global stocks.

To that degree, the January result was a “compromise” aimed at “constrained optimization” of output and maintaining OPEC+ cohesion.

Third, the Saudi cut has the key effect of widening the Kingdom’s policy choices and flexibility of response. If economic demand rises sharply, it can ramp up output, but if it turns out weaker, Saudi Arabia can gradually feed the barrels back onto the market as conditions allow.

This could be a key factor in response if, for example, OPEC+ decides to extend its cuts further into the year, and could set a “floor” under oil prices of around $50 even if demand is significantly impacted again.

OPEC+ would therefore have a whole range of options, and would be less vulnerable to the kind of short-selling by speculative investors that has caused volatility in oil in the past and is currently chasing chaos in various equity and commodity markets.

Prince Abdul Aziz has made his distaste for speculators known on several occasions, vowing to make them “ouch” if they try to derail the careful calculations of OPEC+.

Now, having demonstrated at least twice in the past 12 months that the Kingdom is willing to take big actions to have maximum impact — what one analyst called “shock and awe” tactics — he is in a better position to carry through that threat.

Has the Kingdom suffered in financial and economic terms by the big “surprise” cut? That depends on the future scenario for oil prices, OIES said, and is by no means as clear-cut as some analysts have predicted.

If Saudi Arabia had not cut the 1 million barrels extra, and OPEC+ had gone through with the Russian-sponsored to increase output by a combined 500,000 a day, it is fairly certain that oil would now be around or below the $50 level, and would have taken longer to climb out of that range.

The Saudi decision was to go into force from Feb. 1 for two months, but the price effect of the cuts was evident from the day it was announced.

It has lasted at the time of going to press, and could very well provide a lift for prices for the remainder of the year.

“In short, the revenue loss is not a foregone conclusion and one can easily show that under certain assumptions, the revenues could indeed turn out to be higher,” OIES said.

Any change in policy necessarily involves risks, and the Saudi surprise is no exception. By giving a boost to oil prices, other producers could be more inclined to cash in and go for a quick increase in output; perceived “special treatment” for Russia could be viewed as detrimental to OPEC+ unity; the cut and resulting price rise could lead to a resurgence of American oil output at a time when the world economy is still fragile owing to the pandemic recession, OIES said.

Finally, Fattouh and Economou ask whether the change in policy means that Saudi Arabia has returned to the status of “swing producer” it gave up in the 1980s in a bid to protect the oil price at the cost of market share.

Saudi Arabia has insisted it has no intention of playing that permanent role again. But then again, as the “Saudi surprise” has shown the Kingdom will not hesitate to use “shock and awe” tactics when market conditions dictate.

These were the details of the news How Saudi Arabia’s New Year ‘present’ got oil back above $60 for this day. We hope that we have succeeded by giving you the full details and information. To follow all our news, you can subscribe to the alerts system or to one of our different systems to provide you with all that is new.