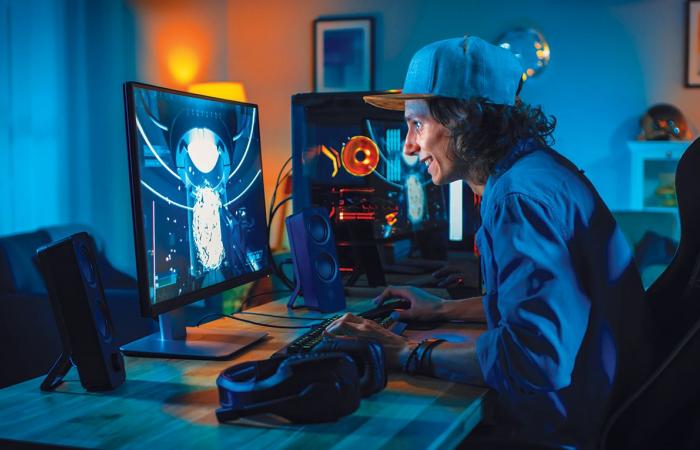 Californian research firm Growth from Knowledge (GfK) conducted a survey of gamers in the region during November and December last year, including 1,047 in Saudi Arabia. The data gave insights into their online behaviors and preferences, as well as their buying habits.

With gamers forced to spend more time at home, and with travel and movement restrictions in place, the industry saw a spike in interest during the coronavirus pandemic.

The survey showed a 10 percent rise in the number of gamers in the Kingdom, with women accounting for more than 40 percent of new gamers. The majority of new gamers were between the ages of 26 and 35.

“With social distancing and strict policies to curb COVID-19 being imposed by policymakers, gaming is still seen as one of the leading forms of entertainment, and more women turned to gaming to fulfil that void,” Shika Samuel, an analyst at GfK, said. Half of Saudi gamers said that the amount of time they spent gaming last year increased, with most spending an average of one and half extra hours playing games on their smartphones.

The survey found 44 percent of Saudi gamers said that they downloaded new games and made in-app purchases of about SR42 ($11) in the previous three months.

Saudi gamers were also keen on using laptops to play games, with many buying the devices purely for this use. The survey found 57 percent of Saudi gamers surveyed had bought a new laptop to enjoy faster games, compared to 49 percent in the UAE.

The report also found that 57 percent of Saudi respondents said that they would consider purchasing a new laptop for gaming by the middle of 2021.

The third category of gamers was console users. More than half (53 percent) of Saudi gamers surveyed said that they were likely to buy a new games console in the next six months.

“With restrictions still being imposed, and more people turning to gaming as a form of entertainment, we will most likely see a continued growth in time spent playing across all devices in the coming months,” Samuel said. “I believe that experience fosters a growing habit, and with more time for gaming we will most likely see an increase in purchasing consideration for devices, accessories and games as people might look to enhance their gaming experience.”

With the pandemic leading to a surge in online shopping, 48 percent of those surveyed said that they bought their PC through an online retailer.

In November, German sportswear giant Adidas signed a partnership deal with the Saudi Arabian Federation for Electronic and Intellectual Sports (SAFEIS), the official regulator in charge of developing the Kingdom’s fast-growing gaming sector.

The memorandum of understanding (MOU) was signed between the federation and Adidas Emerging Markets, a division of the brand in the GCC.

The partnership will encourage the Kingdom’s gamers to be more active and boost their fitness levels, helping to improve their gaming speed and reaction times.

The partnership will help “make Saudis among the most fit and active gamers in the world,” Gianni Conti, Adidas general manager for the GCC, said of the partnership.

The global gaming market grew by 9.6 percent last year and is estimated to be worth about $152.1 billion.

Saudi Arabia’s gaming market was valued at about $837 million in 2019 and is one of the fastest growing in the world, expanding by about 22.5 percent a year.

SAFEIS was established in 2017 to take advantage of this growth and help to develop the Kingdom into a global hub for the industry.

These were the details of the news Saudi gaming sector sees boost from users stuck at home during pandemic for this day. We hope that we have succeeded by giving you the full details and information. To follow all our news, you can subscribe to the alerts system or to one of our different systems to provide you with all that is new.