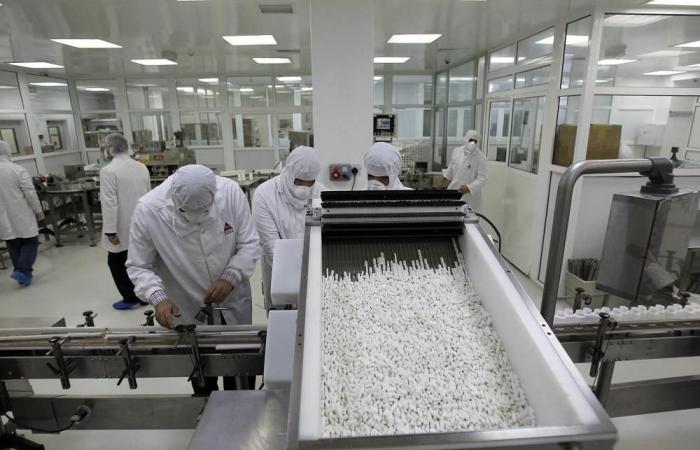 Thank you for reading the news about Hikma plans to buy some of GSK’s assets in Egypt, Tunisia and now with the details

Jeddah - Yasmine El Tohamy - Dubai: Forecasts for economic recoveries in the six-member Gulf Cooperation Council in 2021 have been trimmed while expectations for gross domestic product declines last year were mixed in a quarterly Reuters survey of analysts released on Tuesday.

Economists in the Jan. 11-25 poll maintained their views that the hydrocarbon-dependent region’s economic fortunes would turn around this year after it was hammered by the pandemic and an historic slide in the price of the GCC’s main commodity.

But growth forecasts for 2021 were cut for all six countries – to varying degrees – with the UAE, Kuwait and Oman’s GDP growth projections scaled back the most. Expected growth in Saudi Arabia and Qatar remained the GCC’s highest.

Saudi Arabia, the region’s largest economy, is expected to see GDP growth of 2.8 percent this year, down from 3.1 percent expected three months ago. The median forecast for its GDP contraction in 2020 improved to 4.4 percent from 5.1 percent. The economy is expected to grow 3.2 percent next year and 3.1 percent in 2023.

“The recovery in Saudi Arabia’s economy will continue over the course of this year. But with oil output being ramped up only gradually and fiscal policy to remain tight, the recovery is likely to be slower than in the other Gulf states,” Capital Economics said in a research note.

The economy of the United Arab Emirates, which in the last month has seen its seven-day average COVID-19 daily cases nearly triple, is expected to grow 2.2 percent this year – cut from 2.7 percent growth expected three months ago.

GDP in the UAE, the region’s tourism and commerce hub, was seen shrinking 6.6 percent last year versus an October expectation of a 6.0 percent decline. It is expected to grow 3.5 percent in 2022.

Hotel occupancy and revenue per available room (RevPAR) in the UAE rose significantly last month, ending a difficult year for the sector on a brighter note – though they remained lower than pre-pandemic levels.

“With the holiday season over and travel restrictions since tightened in many countries due to surging coronavirus cases, these high figures for hotel occupancy and RevPAR are unlikely to be sustained in Q1 2021,” Emirates NBD, Dubai’s biggest lender, said in a research note.

“Depending on how quickly vaccines are rolled out, the outlook is brighter for H2 2021, particularly with Expo 2020 set to start in October 2021.”

Kuwait was expected to grow 2.2 percent this year, down from the previous poll’s projection of 2.6 percent growth. It was seen having shrunk 7.3 percent in 2020 and growing 2.7 percent next year. In October, analysts expected Kuwait’s 2020 GDP to contract 6.3 percent.

“It will take another 18 months before GDP in the Gulf Cooperation Council countries rises above its pre-crisis peak,” Oxford Economics said in a research note.

“The expected economic scarring from the dual shock of COVID-19 and low oil prices reflects high dependence on oil, limited scope for fiscal support, challenges of expat-dominated workforces, the key role of travel and tourism in the economy, and geopolitical risks.”

These were the details of the news Hikma plans to buy some of GSK’s assets in Egypt, Tunisia for this day. We hope that we have succeeded by giving you the full details and information. To follow all our news, you can subscribe to the alerts system or to one of our different systems to provide you with all that is new.