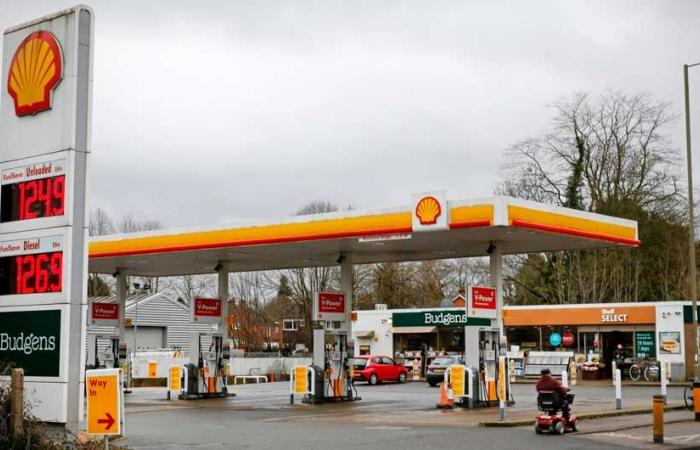 Thank you for reading the news about Mitsubishi, Vattenfall, Shell join key project and now with the details

A raft of economic data highlighted the worsening situation for Europe, which is on course for a double-dip recession as new COVID-19 lockdowns hit hard.
After a mini boost for equities earlier in the week as US President Joe Biden took office, stock markets are also heading lower again as concerns mount that his $1.9 trillion rescue plan could hit hurdles.
The dollar climbed, while oil prices tumbled more than 2 percent.
Sterling, which Thursday hit a three-year high against the dollar on optimism over a UK vaccine rollout, then declined heading into the weekend on fresh recession expectations.
“The optimism of earlier in the week has evaporated,” noted Chris Beauchamp, chief market analyst at IG trading group.
“Weaker... (data) readings and the prospect of a total UK travel ban have seen the leisure and travel sectors hit, as the outlook for the global economy continues to darken.”
European and Asian losses came despite a broadly positive lead from Wall Street on Thursday, where the Nasdaq fired to another record along with the S&P 500, though the Dow inched slightly lower.
The rises were helped by a series of upbeat US economic readings.
But European data released on Friday was far less optimistic.
A slowdown in eurozone business activity accelerated in January, making a new recession almost certain as COVID-19 continues to batter the 19-nation economy.
The closely watched PMI index compiled by IHS Markit is considered the earliest indicator of the state of the economy and the latest reading confirmed fears that the year-old virus crisis is still going strong.
“A double-dip recession for the eurozone economy is looking increasingly inevitable as tighter COVID-19 restrictions took a further toll on businesses in January,” said Chris Williamson, chief business economist at IHS Markit.
The outlook was the same for Britain after its private sector activity was shown to have shrunk this month.
“A steep slump in business activity in January puts the locked-down UK economy on course to contract sharply in the first quarter of 2021, meaning a double-dip recession is on the cards,” Williamson added.
Data on US manufacturing and services sector activity along with figures on existing home sales were due to be released after trading gets under way in New York.
Wall Street traded lower, meanwhile, with both the S&P 500 and Nasdaq Composite coming off their record highs. The Dow shed 0.7 percent.

These were the details of the news Mitsubishi, Vattenfall, Shell join key project for this day. We hope that we have succeeded by giving you the full details and information. To follow all our news, you can subscribe to the alerts system or to one of our different systems to provide you with all that is new.