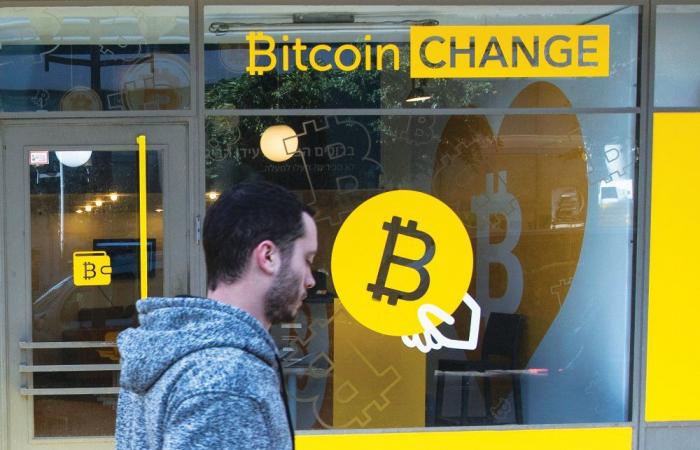 Thank you for reading the news about Bitcoin is a ‘high-risk’ speculation tool, say Saudi finance experts and now with the details

Jeddah - Yasmine El Tohamy - RIYADH: Bankers and economists have warned of the “significant risks” in Bitcoin trading, despite the digital currency’s recent headline-grabbing valuations.
Introduced in 2008, Bitcoin surged to a record high on Jan. 8 of $41,530, before retreating to $35,529 on Jan. 20.
Fadhel Al-Buainain, a former Saudi banker, told Arab News that Bitcoin is a first-class speculation tool without any support from cash reserves or economic superpowers, in contrast to the valuation mechanism of currencies like the dollar, the euro and others.
Bitcoin started, he noted, as an instrument for the movement of money denominated in US dollars and away from the conventional banking system, but soon transformed into an independent digital currency that is valued purely on the basis of supply and demand.
“The risks involved with Bitcoin are major and significant,” he said, adding: “The first risk is that nobody knows how it started and where it gets its strength. Another risk is that it is not tied to any central bank or a financial institution that guarantees it.
Besides, most of the banks do
not approve it.
Al-Buainain, who is a member of the Saudi Financial Association, assessed that the biggest issue with Bitcoin is the fact it has been used as a money laundering tool by those involved in the drug trade and other illegal activities. “This makes it a suspicious currency from a legal perspective,” he said.
Some analysts have speculated that Bitcoin could rise all the way to $100,000. Bitcoin has taken advantage of this optimism, especially among traders looking for a get-rich-quick scheme, leading to the potential for a bubble.
“I don’t think the Bitcoin legislation is effective because it is not associated with any reliable bank. Therefore, everything that is said about its legislation is inaccurate and impractical,”
Al-Buainain said.
The banker said there is a place for digital currencies, but only if their valuation is determined by central banks.
Mohammed Al-Suwayed, a financial analyst, said while he believed Bitcoin may rise as high as $100,000, the market was
easily manipulated.
Bitcoin is gaining now, he added, because of the liquidity available to speculators in the stock market. But he assessed that the speculation could end at any moment, causing the valuation to plummet, as has been seen before.
The Saudi Central Bank’s Standing Committee for Awareness on Dealing in Unauthorized Securities in the Foreign Exchange Market has previously warned against trading in unlicensed forex currency exchange markets.
The committee said investing in digital currencies is a high-risk strategy due to the fluctuation of prices and Bitcoin not being subject to the Saudi banking regulatory authorities.
Abdullah Al-Qahtani, a member of the committee, stressed that the first and most important defense against any fraud is being aware of fraudulent practices.
The committee was formed by a royal decree and focuses on increasing public awareness about trading in securities in unauthorized markets and the marketing of unlicensed digital currencies.
The committee is chaired by the Capital Market Authority and has members from the ministries of interior, media and commerce, as well as the Saudi Central Bank. It works with government agencies to curb unlicensed trading activities in unlicensed digital currencies.

These were the details of the news Bitcoin is a ‘high-risk’ speculation tool, say Saudi finance experts for this day. We hope that we have succeeded by giving you the full details and information. To follow all our news, you can subscribe to the alerts system or to one of our different systems to provide you with all that is new.