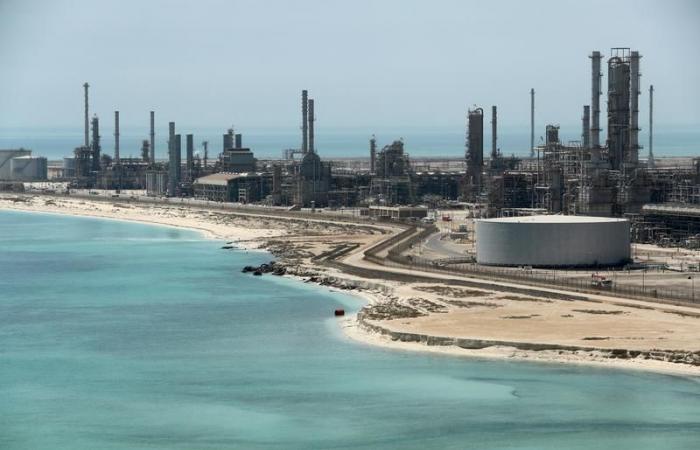 Jeddah - Yasmine El Tohamy - BEIJING/SINGAPORE: Saudi Arabia, the world’s biggest oil exporter, beat Russia to keep its ranking as China’s top crude supplier in 2020, Chinese government data showed on Wednesday.
Oil demand in China, the world’s top oil importer, remained strong last year even as the coronavirus crisis hammered global appetite.
Chinese imports rose 7.3 percent to a record of 542.4 million tons or 10.85 million barrels per day (bpd).
Saudi shipments to China in 2020 rose 1.9 percent from a year earlier to 84.92 million tons, or about 1.69 million bpd, data from the General Administration of Chinese Customs showed.
Russia was a close second with shipments of 83.57 million tons, or 1.67 million bpd, up 7.6 percent from 2019, the data showed.
In December, Saudi supplies were 6.94 million tons, down 0.8 percent from the same month a year earlier, while Russian volumes fell 15.7 percent to 6.2 million tons.
China’s imports of US oil more than tripled in 2020 to 19.76 million tons, or 394,000 bpd, compared to a year earlier, as companies bought crude under a trade deal between Washington and Beijing.
Imports were 3.6 million tons in December.
China’s total purchases of major US energy products, including crude, liquefied natural gas, propane, butane and coal, were worth $9.784 billion in 2020, about 38.7 percent of the $25.3 billion target set out in the Phase 1 trade deal.
Saudi Arabia has played catch up as a supplier since November by cutting prices to woo customers, overtaking Russia, which had led for most of 2020 with more flexible transport options and geographical proximity to Chinese refiners.
US sanctions nearly choked off oil exports from Iran and Venezuela, while Iraq was the main beneficiary.
Iraq’s oil exports to China rose 16.1 percent to 60.12 million tons in 2020, making it China’s third largest oil supplier.
Cashing in on lower prices and with aggressive marketing to China’s independent refiners, Brazil expanded oil exports to China to become its fourth biggest supplier last year.
Brazil’s oil exports to China rose 5.1 percent to 42.19 million tons.

These were the details of the news Saudi Arabia’s surprise cut transforms oil market outlook for this day. We hope that we have succeeded by giving you the full details and information. To follow all our news, you can subscribe to the alerts system or to one of our different systems to provide you with all that is new.