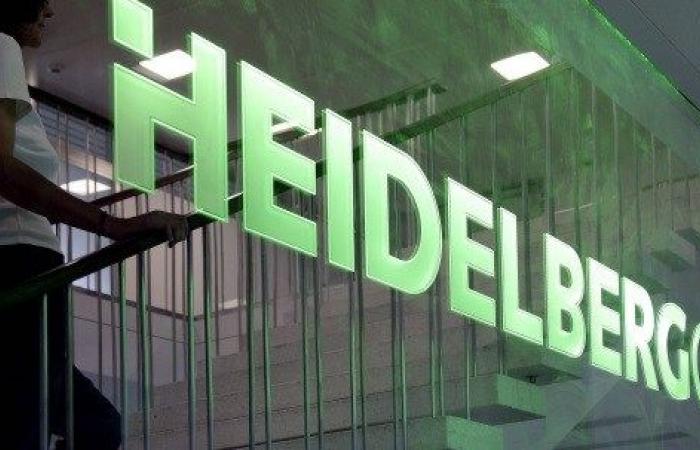 HeidelbergCement is apparently playing through the sale of the California business.

HeidelbergCement is apparently playing through the sale of the California business. The DAX group could earn 1.5 billion US dollars (around 1.23 billion euros) with this move, reported the financial news agency Bloomberg on Tuesday, citing people familiar with the matter. The prospect of billions in revenue drove the building materials company’s shares to their highest level since mid-February. The corona-related sharp slump in spring with a halving of the share price in a few weeks had recently completely offset the papers. On Wednesday morning, things continued to rise by 0.78 percent to 61.76 euros.

HeidelbergCement has entrusted the investment bank Morgan Stanley with the sale of the shares, it said. The bank recently sent the first documents to potential buyers. HeidelbergCement should receive a first round of bids at the beginning of next year. According to insiders, the assets in the US include cement factories and factories for so-called aggregates, which are used in concrete production and construction.

According to the insiders, the sales consultants turned to competitors. These include LafargeHolcim from Switzerland, CRH from Ireland, Martin Marietta Materials as well as Summit Materials from the USA and Cemex from Mexico. In addition, the investment bankers have turned to other competitors in emerging markets such as China and Latin America. It is still unclear which of the potential buyers are making offers. If these are too low, the company could choose to keep the division.

A spokesman for HeidelbergCement did not want to comment on the report. Morgan Stanley and LafargeHolcim also made no comments to Bloomberg. Speakers from CRH, Martin Marietta Materials, Summit Materials and Cemex could not be reached at first.

In October, Heidelberg boss Dominik vonhaben announced that the group wanted to review its portfolio and discontinue business in markets that did not have good prospects for HeidelbergCement.

Jefferies analyst Glynis Johnson of the Jefferies investment house was surprised by the report. However, through the sale, the group could reduce the level of indebtedness and possibly distribute money to the shareholders.

The analysis company Jefferies has left HeidelbergCement on “Buy” with a target price of 78 euros after a Bloomberg report on a contemplated sale of the California business. Analyst Glynis Johnson was surprised by such a step in a study published on Tuesday. But the building materials company could reduce its debts and possibly also distribute cash to the shareholders. The paper is still valued too cheaply.

Via XETRA, the HeidelbergCement share rose temporarily by 0.75 percent to EUR 61.74.

TRADING FOREIGN EXCHANGE WITH UP TO LEVER 30 NOW

76.4% of retail investor accounts lose money when trading CFDs with this provider. You should consider whether you can afford the high risk of losing your money.

These were the details of the news HeidelbergCement is apparently considering selling its California business – shares slightly stronger | 23.12.20 for this day. We hope that we have succeeded by giving you the full details and information. To follow all our news, you can subscribe to the alerts system or to one of our different systems to provide you with all that is new.