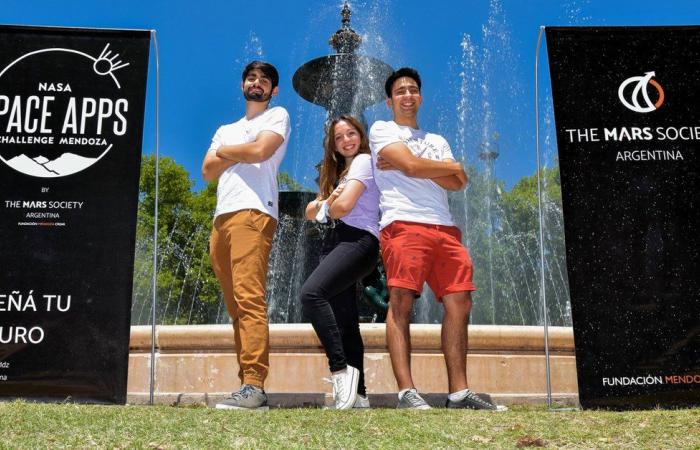 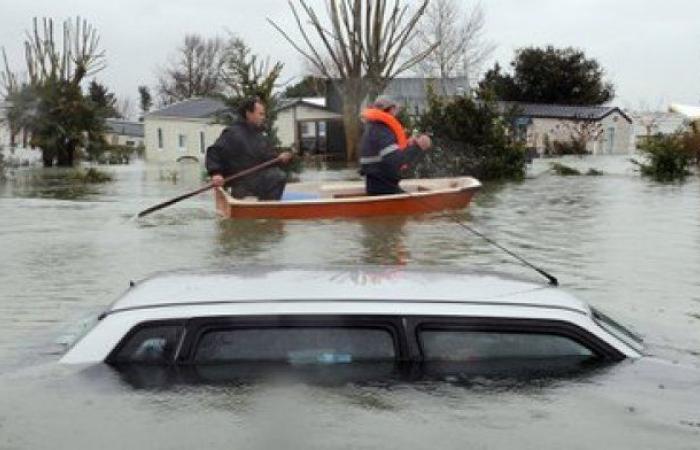 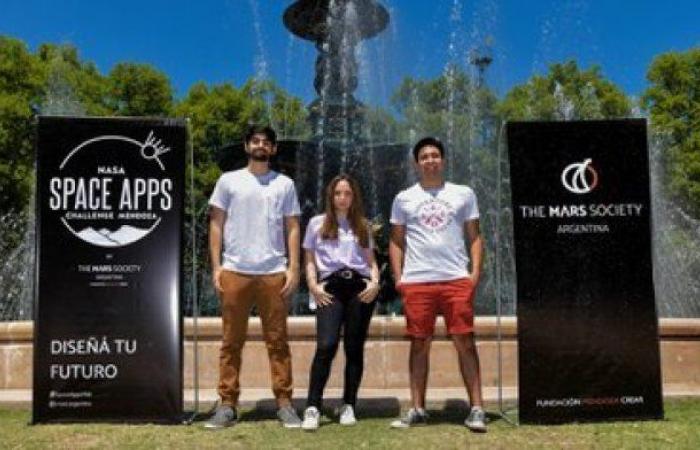 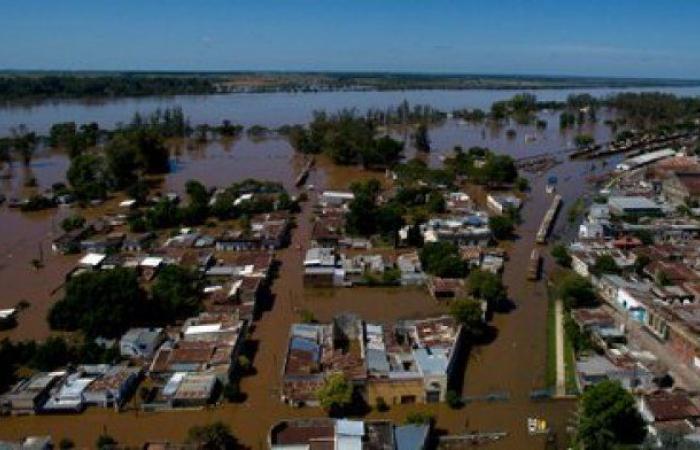 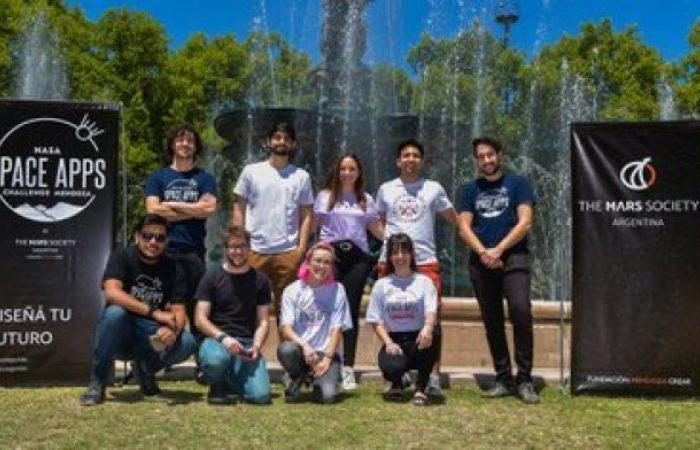 At the end of November, with the country convulsed for reasons that few will forget, a piece of news went unnoticed: A group of students from Mendoza (along with a Guatemalan colleague) is a finalist for the Space App Challenge, a call organized by NASA with problems related to Earth and space for participants to offer solutions. “I could compete from a child to someone with a PhD,” Sergio Dubon, a member of the team called Zonda Incorporated, tells DEF.

From the available categories, they chose the theme floods. They had two days to develop a project and present the prototype; It took two days to introduce Flut Mapper, an application that provides information to prevent flood damage in a given area.

- Advertisement -
“When a flood happens there is no way to quantify the damage caused, both structurally and economically,” says Dubón. Photo: Fernando Calzada.

2303 projects were submitted from all over the world. Of the 30 finalist projects, the six global winners will be announced in January and will receive an invitation to submit their projects to NASA and other space organizations, such as ESA, JAXA, CNES and CSA.. Additionally, if the trip is deemed safe due to epidemiological conditions, the winners will be invited to visit the NASA facility with the Space Apps Global Organizing Team to see a live spacecraft launch.

“I could compete from a child to someone with a doctorate,” Sergio Dubon, a member of the team called Zonda Incorporated, tells DEF.

In a Zoom meeting, DEF spoke with Porta, Calvera and Dubon.

Q: What does the project consist of and how did you come up with it?

Sergio Dubon: When a flood happens, which happens often in Central America or Mexico, which are hit by hurricanes, there is no way to quantify the damage caused, neither at the infrastructure level, nor at the economic level. The project of the area in which we were participating consisted of a methodology that allowed us to say: “The damage was this, in these critical infrastructures, with an approximate cost of so much”, in order to prevent and plan. In this case, the project is to solve the problem of quantifying damage caused by floods. That is the problem that NASA posed to us that we had to solve. 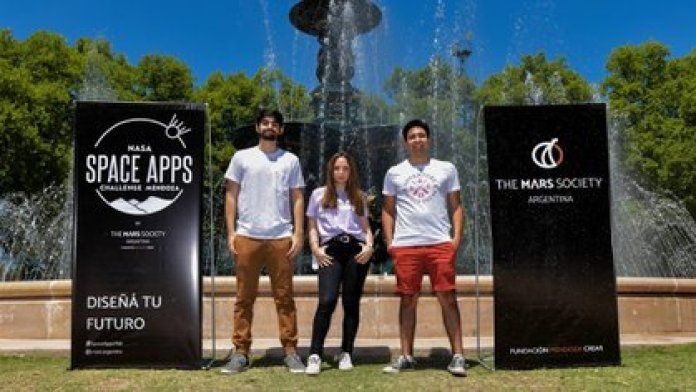 The Mendoza project is one of the finalists in the competition in which more than 2300 ideas from around the world were submitted. Photo: Courtesy Mars Society.

Sebastián Calvera: In the Challenge, there are many challenges, one can choose, but the general bases are established by NASA.

SD: In the contest, first they selected by category, for example, those who participate in flood, but in the final instances everything is mixed. Floods, fires, all categories.

SC: There are two days in which you have to put everything together. The first day we had to read a lot, look for the papers. Sergio found one to correlate depth with damage, plus a couple of documents NASA gave us. But, broadly speaking, it would be: the mechanics of data processing, the programming of the application itself, the generation of the physical model, and then the business model.

The project in the area in which we were participating consisted of a methodology that allowed us to say: ‘The damage was this, in these critical infrastructures, at an approximate cost of so much’, in order to prevent and plan. In this case, the project is to solve the problem of quantifying the damage caused by floods.

Q: How did you resolve the condition that the project be profitable?

Julieta Porta: What is sought is that every project generates more benefits than costs. So, as we are facing a problem that cannot be avoided, we try to save costs in damages, which already occur by themselves due to the flood. That was a plus point. Furthermore, floods are the natural disaster that causes the most deaths in Latin America.

“Floods are the natural disaster that causes the most deaths in Latin America,” says Julieta. Photo: Fernando Calzada.

Q: What other requirements were there?

JP: NASA asked us to prototype, so we did an interactive demonstration.

SC: Another thing that NASA asked was to cross information between the different agenciesFor example, we use images taken by missions from the European Space Union and processed by NASA, then everything is crossed.

JP: The information is available, but it is biased between governments, which was what NASA proposed. We translate that information, process it and display it for governments to make decisions. We bridge the gap between information and decision-makers. 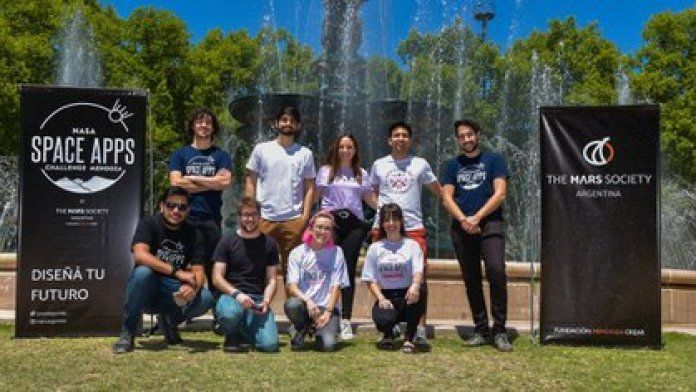 A group of Mendoza students is a finalist in a contest organized by NASA. Photo: Courtesy Mars Society.

Q: What was the main challenge in those two days?

SC: Arrive with time, that’s the first. If they challenge you, something occurs to you. The issue is to find something that you can connect with what is already there, with what is achievable, that meets certain expectations and, above all, that has an impact. We spent the entire first day trying to define the idea and see what value we could add. That is why we talk a lot about sharing information, distributing it, cutting the bias that only those with the satellite can access the information.. It is to focus on generating an idea that adds impact and value.

SD: One of the big problems is that the information was very dispersed. They gave you thousands of satellite images of Europe, the United States, but nothing very neat. And the platforms that exist are not at all intuitive.

The projects had been pre-selected at the regional level by a multidisciplinary jury of professionals. During 2020, The Mars Society Argentina organization organized the event virtually for the Mendoza, San Juan and Bariloche venues. For the rest of the Argentine cities that also participated, other entities dedicated to the space were in charge of the organization.

The six winners will be announced in January. The categories are Best Use of Data, Best Use of Technology, Galactic Impact, Most Inspiring; Better Mission Concept and Better Use of Science. The award for the winners will be a visit to NASA Headquarters in Cape Canaveral. On the other hand, some of the finalist projects will be granted an annual license to access data from space agencies, a fundamental instance for the project to be carried out on a large scale.

These were the details of the news A group of students from Mendoza is a finalist in a contest organized by NASA for this day. We hope that we have succeeded by giving you the full details and information. To follow all our news, you can subscribe to the alerts system or to one of our different systems to provide you with all that is new.