Bitcoin: How to explain the recent surge in bitcoin prices 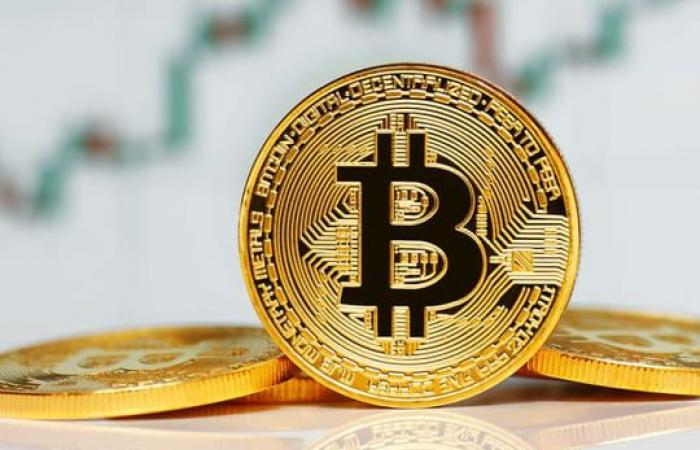 (BFM Bourse) – Increased interest from institutional investors, change in perception, the imminent arrival of “retail” with groups like Paypal which are opening up to cryptocurrency exchanges … The euphoria recently observed on bitcoin is not really comparable to that of 2017.

“Be careful, even if the price is comparable, the progression is not the same for the moment. In 2017, it was almost 1,400% of increase. In 2020 it is” only “175%” underlines Alexandre Stachtchenko, co-founder and managing director of Blockhain Partner, specializing in supporting businesses on blockchains and cryptocurrencies. At nearly $ 19,900 per bitcoin on the main platforms this Monday shortly after 3 p.m., the rebound has however reached some 410% since its annual low hit on March 13 at $ 3,850.

But unlike 2017, when the soaring bitcoin price was mainly fueled by an ambient euphoria, several elements justify the gain recorded this year.
“First the ‘narrative’ has changed. Bitcoin is often presented either as a currency, or pseudo-currency, or as part of an asset or some kind of technological enterprise, or as a store of value, of gold 2.0. In 2020, clearly, although we are beginning to understand that it is a bit of all three at the same time, with the economic situation helping, it is the third narrative that has taken precedence, ”says the expert.

Direct consequence: “Institutional investors are joining the game, and it is much” healthier “in terms of price sustainability” he continues, before citing the examples of Fidelity (one of the mastodons of asset management with BlackRock, Vanguard and Fidelity, which has 3.500 billion dollars under management) or “Grayscale which has 500,000 bitcoins (or nearly 10 billion dollars at the current rate)”. “In the United States, according to Fidelity, more than a third of asset managers own bitcoin. We have clearly changed orders of magnitude,” observes Alexandre Statchenko.

As a symbol of this change in perception, several large banks, starting with JP Morgan, Deutsche Bank or Citibank, now encourage their customers to acquire bitcoins, after treating cryptocurrency with a certain disdain. Some analysts even post particularly “bullish” price targets – some would say – such as Tom Fitzpatrick of Citibank who judged in a note published in November that the price of bitcoin could reach … $ 318,000 by 2021. Former portfolio manager at Goldman Sachs, Raoul Pal, for his part, puts forward the hypothesis of a bitcoin at a million dollars within five years. Just that.
“We even have companies outside of asset management that have embarked” in the project, notes Alexandre Stachtchenko, who quotes Square (a company created by Jack Dorsey specializing in mobile payment) and the software publisher MicroStrategy, who acquired bitcoin for $ 50 million and $ 175 million respectively, in early October and mid-September. “The latter has so far achieved a 50% capital gain in two months, or 200-250 million dollars, which corresponds to half of their turnover or more than ten times their annual net income!” he notes.

Quentin de Beauchesne, the creator of one of the largest French-speaking communities dedicated to the world of cryptocurrencies – the @CryptoFR account with more than 20,000 subscribers – considers that these initiatives could inspire others. “We can imagine that this is the very beginning, and that many companies will prefer to keep part of their reserves in bitcoin rather than in euros or dollars, currencies in decline” he says.

Loss of value of traditional currencies

Because behind the strong increase in 2020, is also hidden “the loss of value of fiat currencies (also called” fiat money “, Editor’s note) which pushes to invest in bitcoin as a store of value” he believes. In question, the explosion in the balance sheet of central banks which results in a loss of confidence of some investors in traditional currencies and increases tenfold the attraction for bitcoin, bitcoin being distinguished by the fact that the monetary aggregate is not designed to adapt to the production of wealth. As a reminder, the supply of bitcoins will be limited to 21 million and the last of them will be “mined” in 2140, according to current projections. Bitcoin is thus considered a deflationary currency.
Another potentially promising element, “we notice at the end of the year a very interesting decoupling vis-à-vis gold, which shows that we are perhaps entering a phase of euphoria uncorrelated from the narrative itself. makes bitcoin even more relevant from a portfolio diversification point of view, “says Alexander Stashchenko.

This euphoric phase can also be fueled by the imminent arrival of “retails” on the market. “With Paypal, which has opened the purchase of cryptocurrencies for its customers, 350 million users will potentially gain exposure. When we know that in some countries people have more cryptocurrencies than shares in Stock market (especially in Asia, with Japan and South Korea), the potential is enormous, ”he says.
As in the equity markets, it is also difficult to hide the role played by the massive influx of new individual investors via general public trading applications (Robinhood, eToro, etc.) since the first lockdowns in March. The new credit granted by the Bank for International Settlements (BIS), considered the central bank of central banks, to cryptocurrencies also constitutes support, the authority having admitted to having gone wrong on the phenomenon.

And Alexander Stashchenko concluded, as a warning, that “overall, if the subject is broached at Christmas dinner, it is because the phase of euphoria has clearly begun”.

These were the details of the news Bitcoin: How to explain the recent surge in bitcoin prices for this day. We hope that we have succeeded by giving you the full details and information. To follow all our news, you can subscribe to the alerts system or to one of our different systems to provide you with all that is new.