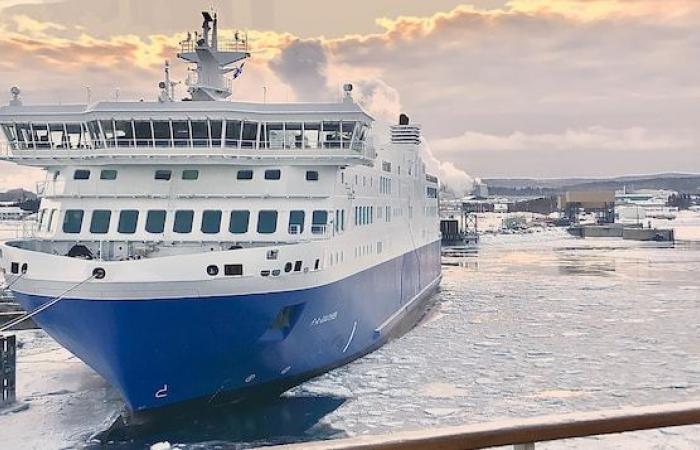 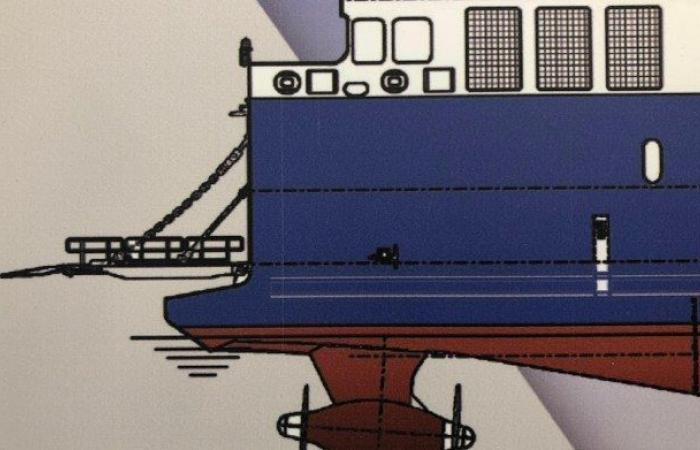 According to STQQuebec ferry company, inspections determined that at least one gasket from a F.-A.-Gauthier thruster was the source of the oil leak responsible for the ferry shutdown on November 19.

The part will need to be replaced.

The ship will therefore enter dry dock at the Davie shipyard in mid-January. Beforehand, he will leave this week for Trois-Rivières for preliminary work and other inspections.

The Société des traversiers indicates that it will specify the date of the return to service of the F.-A.-Gauthier later. However, the STQQuebec ferry company suggests that repairs could take several weeks.

It is assumed that the ship will leave the dry dock no earlier than the end of February, but this could be extended if necessary., can we read in the press release released on Monday by the STQQuebec ferry company.

In the meantime, the Company will use its replacement vessel, the Saaremaa I.

We don’t find ourselves in the same situation at all [qu’en] 2018, the STQ now has a succession plan, emphasizes Mr. Lavoie.

For the mayor of Baie-Comeau, Yves Montigny, the presence of Saaremaa I compensates for the disappointment of seeing F.-A.-Gauthier once again leave in dry dock.

What winter for Saaremaa I?

The mayor of Matane, Jérôme Landry, recognizes that the presence of Saaremaa I constitutes a clear improvement for the stability of the service.

Mr. Landry, however, remains concerned about the vessel’s performance in winter conditions.

The idea is to succeed in maintaining this service with the Saaremaa and the conditions we know and, above all, to ensure adequate maintenance so that there is no breakage on the Saaremaa., explains the mayor of Matane.

The mayor of Matane wonders about the capacity of the Saaremaa to navigate in the ice (archives).

Jérôme Landry observes that the absence of F.-A.-Gauthier will last until February when the river is generally covered with ice.

Even F.-A.-Gauthier occasionally needed help from the Coast Guard. For us, it is sure that this is a problematic element, he adds.

Mayor Landry deplores that the delay in repairs is partly due to the closure of the Lévis site for a month during the holiday season.

It would have been really appropriate for the site to be available so that the work can be done as quickly as possible because for us it is a service that is vital, he denounces.

We took the dry dock which was available the fastest in Quebec, specifies the spokesperson for the STQQuebec ferry company, Alexandre Lavoie.

Moreover, the STQQuebec ferry company indicates that concrete actions to maximize the use of NM Saaremaa I in winter conditions are currently being evaluated and will be implemented.

According to the Company, the capacity of the replacement vessel will be able to meet the holiday season.

This new break is another page in an endless saga.

This new failure linked to a thruster is reminiscent of that of December 2018. The breakdown of the ship’s thrusters then led to the scrapping of the ferry for 13 months.

The thrusters were refitted by the manufacturer during the dry dock in 2019. The repair cost the company $ 22.2 million. STQQuebec ferry company.

The two azimuth thrusters are located under the hull aft of the F.-A.-Gauthier and are only accessible during a dry dock.

The communications manager at STQQuebec ferry company, Alexandre Lavoie, explains that the thrusters will once again have to be dismantled to understand exactly the source of these new problems.

Is it a faulty part originally? Perhaps. Is this an error during reassembly? Maybe also, lists Mr. Lavoie who did not want to advance on the costs of this new repair.

Another hypothesis, adds the spokesperson, could be related to the incident that occurred at the port of Trois-Rivières during the last technical stop. The F.-A.-Gauthier had then gone adrift during a movement maneuver at the Trois-Rivières wharf.

This technical stop coincided with the tabling by the Auditor General of Quebec, Guylaine Leclerc, of a devastating report on the management of the construction of the ship by the STQQuebec ferry company.

With the collaboration of Jean-François Deschênes

These were the details of the news The F.-A.-Gauthier will not be back before the end of February 2021 for this day. We hope that we have succeeded by giving you the full details and information. To follow all our news, you can subscribe to the alerts system or to one of our different systems to provide you with all that is new.