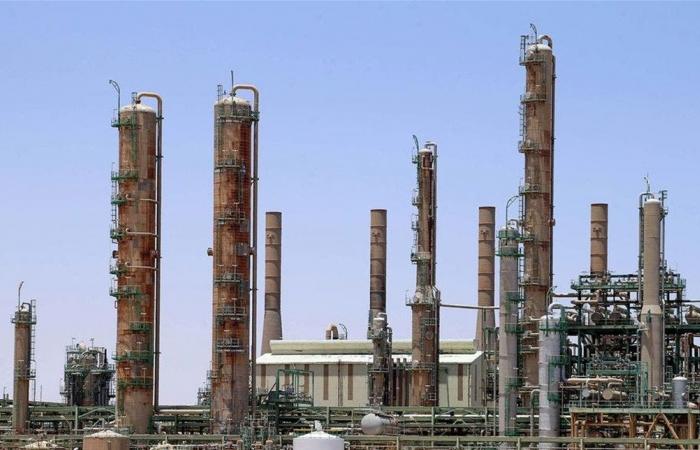 Sources from the Organization of Petroleum Exporting Countries (OPEC) and its allies said that the OPEC + group will consider extending the existing oil production cuts for a period of 3 to 4 months, as well as a gradual increase in production, starting from January, as key scenarios during its two-day meeting that begins today, Monday.

Officials from the Organization of the Petroleum Exporting Countries (OPEC), Russia and others, a group known as OPEC +, held an initial round of talks on Sunday before the start of formal discussions, but they have yet to agree on production policy for 2021.In this context, sources indicated that OPEC + is currently considering extending the existing cuts by 7.7 million barrels per day, or about 8% of global demand, to the first months of 2021, a position supported by Saudi Arabia, the largest OPEC producer and other major members of the group.

On Sunday, initial consultations between ministers in major countries, including Saudi Arabia and Russia, did not reach agreement on the length of the extension.A difficult meeting today … and eyes are on the decision of Russia and Kazakhstan
In addition, a source reported that Kazakhstan, a member of OPEC +, opposed extending the oil cuts to next year and instead called for an increase in production in line with the existing agreement.

A source at OPEC + described today, Monday: “Today’s meeting will be difficult, especially if Russia and Kazakhstan do not change their positions.”

The OPEC meeting, which precedes the broader OPEC + meeting, is expected to start at noon today.

The OPEC Plus watch was supposed to present its recommendations to the ministerial meeting of the coalition regarding the extension on November 17, but the matter required more time to make a decision.

There is consensus among OPEC Plus member states on continuing to support market stability, which, despite the repercussions of Corona, has reached oil prices near $ 50 a barrel.

These were the details of the news OPEC + is looking to extend cuts 3 4 months and... for this day. We hope that we have succeeded by giving you the full details and information. To follow all our news, you can subscribe to the alerts system or to one of our different systems to provide you with all that is new.