Vallourec: ” the issue is of national interest ” 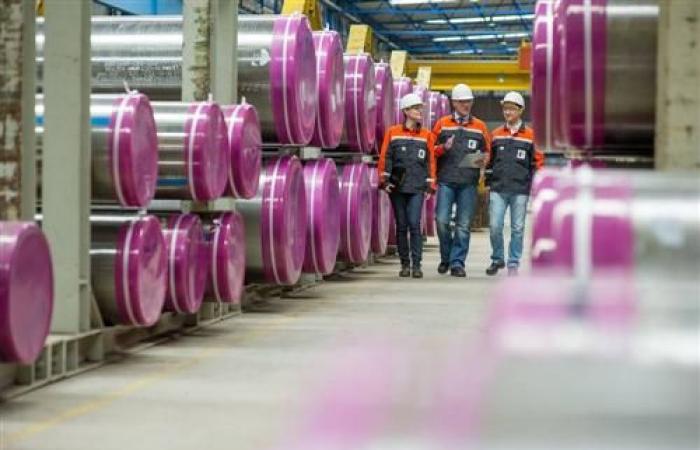 (Boursier.com) – Following the Group’s announcements Vallourec Wednesday November 18 and their meeting Thursday noon with the representatives of the personnel of the Déville-lès-Rouen company, Hervé Morin (President of the Normandy Region) and Nicolas Mayer-Rossignol (Mayor of Rouen and President of the Rouen Normandy Metropolis ) met, on November 24, Edouard Guinotte (CEO of the Vallourec Group), then Bruno Le Maire (Minister of the Economy, Finance and Recovery). They were accompanied during these two exchanges by Dominique Gambier (Mayor of Déville-les-Rouen) and Damien Adam (Member of the 1st district of Seine Maritime).

During the morning’s discussions, it was recalled that BPI, and through it the State, is a 15% shareholder of the Group, and regretted that Vallourec has not undertaken further the necessary diversifications that could have enabled the group to enter more strongly into the challenge of energy transition and anticipate the drop in the price of oil: This lack of ambition and anticipation is clearly the responsibility of the company, which must assume its short-term choices., commented Hervé Morin, (President of the Normandy Region) and Nicolas Mayer-Rossignol (President of the Rouen Normandy Metropolis).

The company was asked:
– a one-year moratorium, which the Group refuses to consider for the moment;
– a commitment to a revitalization and investment fund to facilitate the recovery;
– in the case of a PES, the highest possible level of compensation;

The announcements of the global industrial group Vallourec hit a major industrial site in the Seine Valley and can only arouse anger and consternation, in particular given the mobilization of all the public actors who have supported this site since 2016, date the closing of the rolling mill, to stabilize its situation. The Déville-lès-Rouen site (200 employees) is a European flagship in the heat treatment of metals, it was still in balance in 2019: the know-how of its employees cannot be called into question., commented Hervé Morin and Nicolas Mayer-Rossignol.

Hervé Morin and Nicolas Mayer-Rossignol appeal to the State: The stake is of national interest. The Government must help us put pressure on Vallourec. The Seine Valley represents a quarter of establishments and half of salaried jobs in the sector at national level. The State cannot assist without reacting to the gradual disappearance of a strategic industry which has left a lasting mark on the territory. It is up to it to build with the communities a global vision of its changes and a support policy adapted to know-how and employees..

During the session, Vallourec shares jumped 22% on contact with 29 euros, although S&P revised its long-term credit rating to ‘CC’, outlook ‘negative’.


*We just want readers to access information more quickly and easily with other multilingual content, instead of information only available in a certain language.

These were the details of the news Vallourec: ” the issue is of national interest ” for this day. We hope that we have succeeded by giving you the full details and information. To follow all our news, you can subscribe to the alerts system or to one of our different systems to provide you with all that is new.