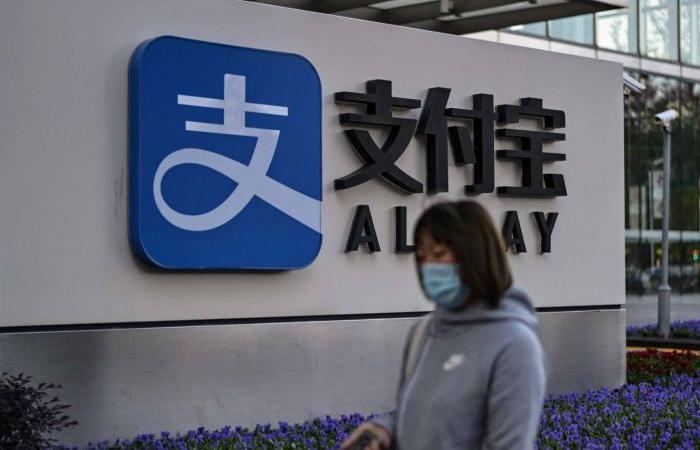 Beijing – European banks are facing an existential threat on the stock exchange with the approaching IPO of Ant Group, as financial innovation services based on speed and efficiency represent a warning of the end of the traditional character of European banks.

The Chinese “Ant” group may have suffered a setback by pulling back from an initial public offering on the stock exchange, but European banks are still wary of the possibility of China’s technology giants turning into their main competitor soon.

In recent years, the European financial sector has witnessed the emergence of a large number of small enterprises known as “FinTech”, meaning “financial technology”, which disrupted traditional banks by providing digital services.

While it has not yet genuinely threatened traditional banks, it has forced them to introduce changes in their operations and to invest widely in providing similar digital services.

Societe Generale Bank president Frederick O’Dea said recently that “tomorrow’s actual competitor will likely be Gafam or others in the world capable of making big investments,” using the acronym for the five major American companies, which are Google, Apple, Facebook, Amazon and Microsoft.

The US tech giants occupied more and more positions in the financial services sector, to which their Chinese rivals were much ahead of them.

Ant group, which had been hoping to raise a record $ 34 billion through the public offering, before the Chinese government halted the process at the last minute, owns the payment app Alipay, which has become the constant shadow of the Chinese in their daily lives.

“The companies that originally developed chat programs are very interested in improving these activities as they enable them to cover a wider range of people’s daily activities,” said Christopher Schmitz, a fintech expert at Ernst & Young.

“Gradually, an increasing share of people’s spending goes to these companies,” he added.

The Chinese have widely adopted a payment method by scanning the “Quick Response Codes” or “QR codes” of sellers on their mobile phones using “Alipay” or “WeChat Pay” due to the ease of the process. Alipay alone has 731 million monthly users.

Julian Maldonato: Our banks are still protected, but they will not protect us forever

In just a few years, the two platforms have transformed China from a country that was heavily dependent on cash into a community where people prefer to pay with their smartphones.

These companies have not only facilitated payment processes, as they provide other financial services, including the ability to obtain a loan by clicking several buttons only.

Adrian Boyle, an advisor on the e-commerce market, said that “Alipay” is achieving returns from the financial services it provides, such as investment plans and loans, which exceed those generated by the payments themselves, which are just the tip of the iceberg when it has turned into a super app.

“The goal is for users to stay in the app for as long as possible,” he added. From morning to night there is always a job to do; Talking to friends, ordering a taxi, ordering food, and even working on collaborative projects. “China is the most advanced model in the financial sector,” Odia said.

The question remains, to what degree can this model be replicated in Europe, especially after the Ant group setback in the IPO process, in which some observers saw an attempt by the Chinese authorities to rein in a very ambitious company?

“Our banks are still somewhat protected,” said Julian Maldonato, an expert in financial services at consultancy Deloitte France. There are still cultural barriers, but they will not protect us forever. ” Among these cultural barriers are the QR codes.

“In Europe, payment with QR codes is not very popular,” said Schmitz of Ernst & Young. The multitude of languages ​​and cultures in Europe also makes it difficult for someone coming from abroad.

But Maldonato noted that US technology companies are widely present in Europeans’ daily lives, while the Chinese application, TikTok, has attracted young users who are “customers of future banking operations.”

Perhaps what will change the rules of the game is the ability of Chinese companies to pump money to develop new technology and win customers, knowing that each of these companies plans to invest about $ 70 billion over the next five years.

Maldonato notes that this “worries Americans who will speed up” their investments as well, while European companies face difficulties investing only a few billion.

These were the details of the news Alipay: A supernatural Chinese app threatening European banks | for this day. We hope that we have succeeded by giving you the full details and information. To follow all our news, you can subscribe to the alerts system or to one of our different systems to provide you with all that is new.