Angered after the “gallows of the restaurant” … and a quick... 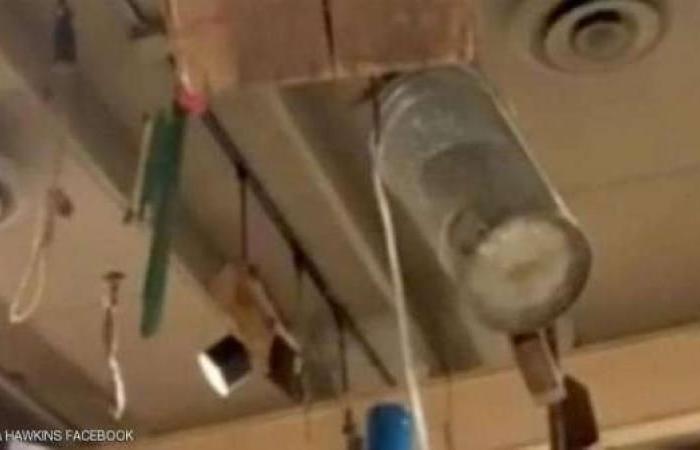 A famous American restaurant chain apologized to its customers after the spread of pictures of what appeared to be a “gallows” hanging from the ceiling of one of its branches in the state of Connecticut in the northeast of the United States.

The story began when a woman named Tamra Hawkins posted a video clip on her Facebook page of the ceiling of the “Cracker Barrel” restaurant in Connecticut, because it contained strange tools, including old time.

Hawkins did not notice the hanging rope from the ceiling of the restaurant as part of the decor, but one of her friends on her Facebook page noticed her presence hanging, and from here the pictures began to make their way quickly in social media.

Many bemoaned the presence of a gallows hanging in the ceiling of the restaurant, as it is supposed to be a place for hospitality and welcoming customers, not spreading fear in their hearts.

And the image of the gallows hanging on the ceiling of the restaurant spread on November 7, and it appears between antique tools, boxes, utensils and other things as part of the decor.

“This is just an old electrical wire that has been in the restaurant for years,” said an official in the company that runs the “Cracker Barrel” restaurant chain, according to what was reported by CNN.

The company added in the e-mail, “It was already supposed to pay attention to this part of the decor in the restaurant, and then correct it before displaying it,” noting that it was removed after the spread of the pictures.

The company explained that it apologized to the guest, who indicated the presence of the gallows hanging from the ceiling of the restaurant, and thanked him for that.

The email read: “We are grateful to our guest who informed us so that we can correct this error.”

We thank all our followers, and we always promise you to provide everything that is best … and to convey news from all news sources and facilitate their reading to you. Do not forget to like our page on Facebook and follow the latest news on Twitter. With the greetings of the Hamrin News family, he was angry after the “restaurant gallows” incident … and a quick reaction from the administration, follow us on our social media sites to always receive new news.
Source: Al Watan Bahrain

These were the details of the news Angered after the “gallows of the restaurant” … and a quick... for this day. We hope that we have succeeded by giving you the full details and information. To follow all our news, you can subscribe to the alerts system or to one of our different systems to provide you with all that is new.