Sweden is aiming for IJmuiden ‘Hoogovens’: exciting times are dawning for... 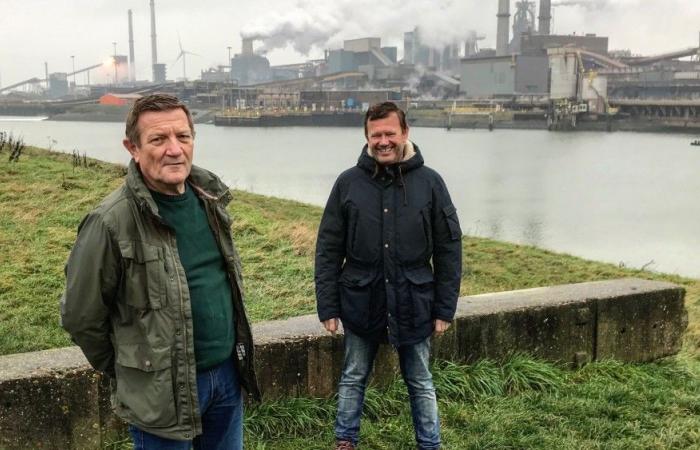 IJMUIDEN – Exciting times are coming for the employees of Tata Steel. The Swedish-Finnish steel group SSAB is making great strides to incorporate the company in IJmuiden. Friso de Zeeuw, professor and chairman of the Economic Forum Holland, is positive about the developments.

For weeks it has been buzzing with rumors about the possible takeover, but yesterday the talks by Tata Steel Netherlands and SSAB were also officially confirmed. Employees Paul Kieftenbeld and Michel Kunnen, both members of the works council, respond surprised to the news. “I said to my colleague yesterday: it seems like the calm before the storm”, laughs Kieftenbeld. “And then this message came. Then the phone was ringing off the hook and everyone wanted to know what exactly was going on.”

Michel Kunnen, an employee in the packaging steel department, also had to shift a little while hearing the news. “The director, Hans van den Berg, gave us an explanation via a video call. And I think that a takeover by the Swedes could have a positive effect for us. But we also have to wait and see, we have so many good experiences with mergers and acquisitions. not had either “, he immediately put it into perspective.

Text continues below the video.

Tata Steel Netherlands is part of the loss-making Tata Steel Europe. In order to prepare the company in IJmuiden for an acquisition, it will be legally cut off by the parent company, Tata Steel Limited in India. A development that employees embrace. The profits made in the Netherlands were too often seen flow to the ailing British factories.

Friso de Zeeuw, professor and chair of the Economic Forum Holland above Amsterdam, calls the developments surprising and at the same time positive. “It is certain that the company will be disentangled from the spaghetti of Tata Steel. And that opens the possibility that another shareholder can sign up for the company. Like this Scandinavian company. We will have to wait and see how that develops, because you don’t know what it means for employment. “

Tata Steel Netherlands did not want to respond on camera today.

These were the details of the news Sweden is aiming for IJmuiden ‘Hoogovens’: exciting times are dawning for... for this day. We hope that we have succeeded by giving you the full details and information. To follow all our news, you can subscribe to the alerts system or to one of our different systems to provide you with all that is new.