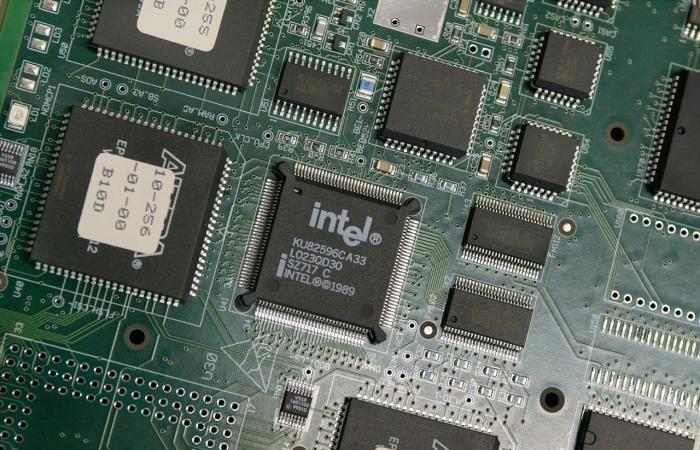 Yesterday’s announcement marked the end of a 15-year partnership in which Intel processors powered Apple’s laptops and desktops, as well as a major shift in the semiconductor industry.

According to estimates by market research firm Gartner, Apple is the fourth largest PC manufacturer in the world.So its plan to use its own chips in its entire range of laptops and desktops is a blow to Intel.

“We believe that Intel processor-based computers, such as the 11th generation Intel Core laptop processors, provide global customers with the best experience in the areas they value most, as well as being the most open platform for developers,” Intel said in a statement.

Apple’s chips are based on ARM technology, rather than the x86 architecture used by Intel andARM technology was originally designed for mobile devices, so that chips built with ARM designs are more efficient, resulting in longer battery life.

Here is a summary of the reasons why Apple took this step:

Apple’s strategy to own the basic technologies:

The company has a long-term strategy to own and control the core technologies behind the products it manufactures, andFor the computer hardware company, there are few technologies less important than the silicon processors that power computers.

Apple has invested heavily in silicon, including major purchases, such as the purchase of PA Semi in 2008 for $ 278 million, and the purchase of part of Intel’s modem business in 2019 in exchange for Billion dollar.

The company has been adopting A-series chips for iPhone, iPad and smart watches since 2010, and is now providing essentially the same technology to laptops and desktops, which means that all Apple computers essentially work through the same frame.

The Apple Silicon chip is in line with Apple’s strategic goal of controlling an entire range, so it now has everything in computing from silicon to software to how a user moves a mouse.

Control over its technologies helps integrate its products deeper, and it also means it manages its schedule – chips take 3 years to develop – and has more control over costs.

Apple believes it can innovate faster than Intel and Qualcomm’s standard business model.

The more transistors a chipmaker can add in the same space, the more efficient the chip increases, and Intel is currently shipping chips with only 10nm transistors.

Intel is well-known for controlling its own factories around the world, compared to Apple, which contracts with companies in Asia to manufacture chips according to their own specifications, but TSMC, Apple’s partner in making the chips, can make 5-nanometer chips while Intel cannot.

Intel has faced some challenges over the past two years on the manufacturing side, and the CEO of Intel said earlier this year that he is considering outsourcing manufacturing, like Apple does.

In light of the challenges Intel faced in moving to 10 nm and 7 nm, other companies, such as TSMC and Samsung, have taken off more aggressively by acquiring a key advantage of Intel.

Apple made it clear that Mac computers with M1 chips are better products than older models, mainly because Apple claims that its chip provides better performance and longer battery life than it can achieve with Intel chips.

It is clear that the new Mac devices will improve battery life, as previous Apple chips were used in smartphones and tablets, which contain much smaller batteries.

The company confirmed during yesterday’s launch event how it is essentially rating the chips by performance per watt, not raw.

According to the company, the MacBook Air can continue to work for 15 hours of surfing the web on a single charge, meaning that there is an increase of approximately 30 percent in battery life compared to the announced battery life for the previous model working with an Intel processor.

And Apple said: The new Macs also work like phones or tablets, with features such as the ability to wake up immediately.

New Macs can run iPhone apps, however It is almost impossible to gauge the performance of the new M1 chip because the company has not provided any detailed evidence about any of the performance claims made.

Apple has not stopped selling laptops with Intel processors, and its high-end laptops are still based on Intel, which indicates that there are still performance advantages for some Intel chips.

These were the details of the news Apple ends a 15-year partnership with Intel for this day. We hope that we have succeeded by giving you the full details and information. To follow all our news, you can subscribe to the alerts system or to one of our different systems to provide you with all that is new.