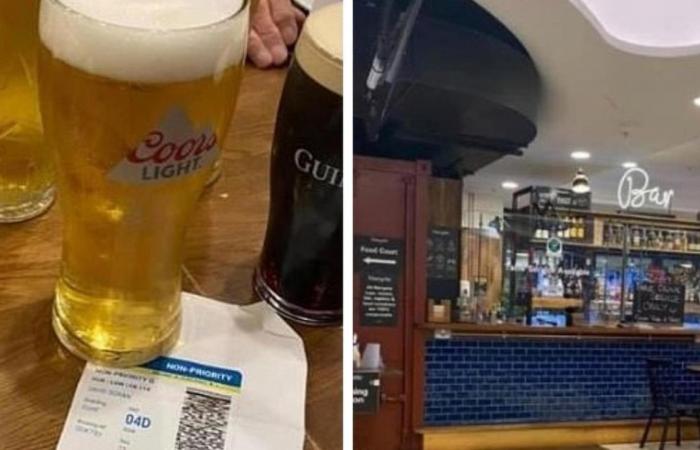 Dublin pubs are closed until December 1st, pick-up only is possible. But at Dublin airport, the catering industry is normally open. And so the four bought airline tickets at 9.99 euros each, checked in, went through security and crashed down with a beer. But they weren’t there yet. To be able to buy a beer, they first had to order a meal of at least 9 euros; a rule that dates back to the spring to avoid hopping from one bar to another. Incidentally, they had no intention of boarding a plane at all.

Dublin Airport management has announced that they are not happy with the promotion. They calculated that the four friends first had to spend 75.96 euros on airline tickets and food to finally be able to drink a beer. It is feared that people will copy this action.

A spokesperson told British media that it is possible to leave the airport without boarding. The flight for which the foursome had bought a ticket may have been delayed due to their fault.

These were the details of the news Four friends buy plane tickets to drink beer at Dublin airport... for this day. We hope that we have succeeded by giving you the full details and information. To follow all our news, you can subscribe to the alerts system or to one of our different systems to provide you with all that is new.