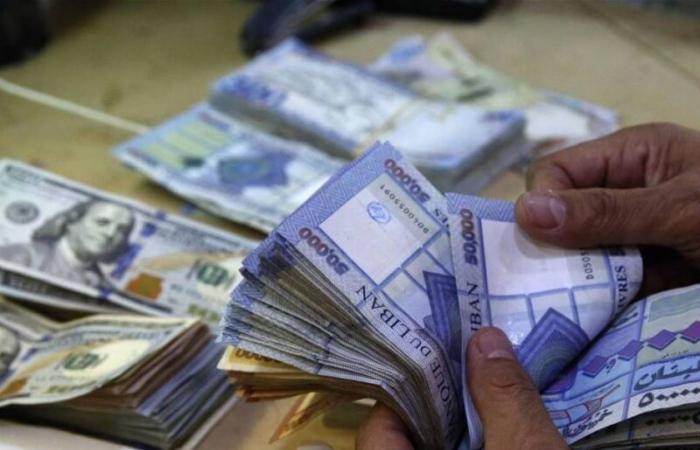 In “slow” steps, the exchange rate of the dollar is moving along the path of “rise”, as its exchange rate reached Sunday evening between 7,350 pounds and 7,450 Lebanese pounds to one dollar.

The exchange rate of the dollar on the black market was recorded this morning, Sunday, between 7,300 and 7,400 Lebanese pounds per dollar.

The Syndicate of Money Changers announced the rate of exchange of the US dollar against the Lebanese pound for Saturday and Sunday exclusively, with a moving margin between: buying at 3850 a minimum and selling at 3900 a maximum.

Lebanon is witnessing the worst economic collapse in decades, coinciding with the scarcity of the dollar and the loss of the local currency more than half its value, in addition to the high rate of inflation, which put nearly half of the population below the poverty line.

This crisis has pushed hundreds of thousands of Lebanese to the streets since October 17 to protest the performance of the political class, which they accuse of corruption and failure to manage successive crises.

These were the details of the news The black market dollar continues to rise for this day. We hope that we have succeeded by giving you the full details and information. To follow all our news, you can subscribe to the alerts system or to one of our different systems to provide you with all that is new.