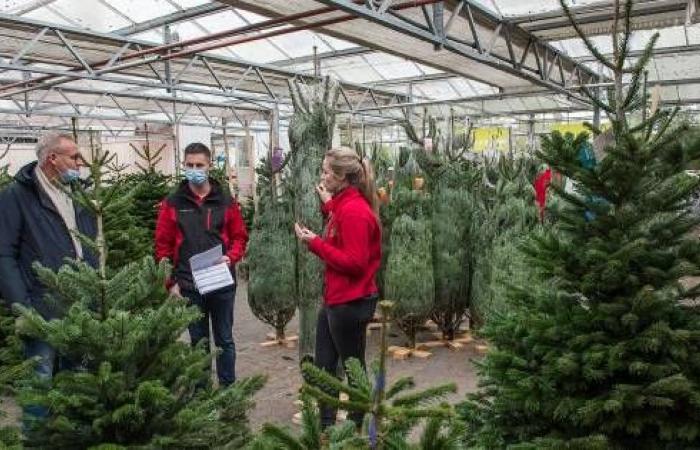 Although the shelves of Christmas items have been lined up for weeks, the real trees wouldn’t arrive until November 30th. “But there are so many customers who are already asking for it that we have decided to have them shipped from our supplier in Denmark sooner,” says Lobke Samallo from Intratuin’s head office. “The first ones will be sold in some stores next week, but in most centers they will be available from 23 November.”

Figures prove the early Christmas fever. Garden Retail Services, which purchases 120 garden centers, has sold twice as many artificial trees as last year. Intratuin already sold two and a half times as many balls and peaks as last year, the turnover of lighting rose by 75 percent and of artificial Christmas trees even 140 percent more were sold. Webshop Bol.com sold four times as many artificial Christmas trees on Monday as on the same day in 2019. According to a spokesperson, it concerns thousands of trees that day alone.

Brenda Horstra of Tuinbranche Nederland says that people go to Christmas shopping on time because they want to make their home cozy now that they live in isolation. “In addition, because of corona, stores have started their Christmas departments earlier to spread the visit, for safety. Some customers are also afraid that the stores will still be closed by the government and have therefore stocked up a bit earlier than normal. ”

Garden centers receive 60 million visitors a year and hardly seem to suffer from corona, with the exception of the shops in border areas. “The big Christmas shows in Venlo and other places are having a hard time, because German customers are staying away,” says Horstra. But the Dutch consumer is greedy. “We hear from all retailers that customers are already explicitly asking about Christmas trees”, says Samallo on behalf of Intratuin. “I suspect that they will also go out a bit earlier in the year to prevent them from ending up in crowded stores. That is not possible, because Intratuin uses a maximum number of people in the shops. ”

The demand for artificial Christmas trees is probably higher because the real ones won’t make it until December 25th. “We advise customers that if they buy a Christmas tree, they leave it outside for a while,” says Samallo. “Inside the needles release faster. And it is best if they are in a layer of water. Then they remain the most beautiful. ”

Check out the most popular videos from the Living section of this site below:

These were the details of the news Christmas tree sales upside down to avoid corona printing | ... for this day. We hope that we have succeeded by giving you the full details and information. To follow all our news, you can subscribe to the alerts system or to one of our different systems to provide you with all that is new.