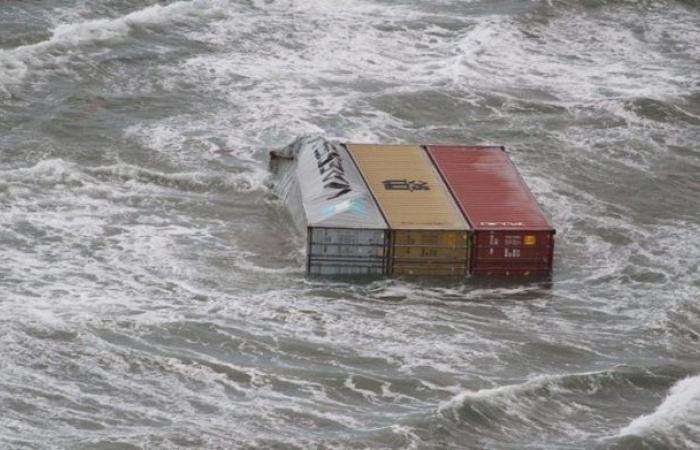 According to VMS Shipping Group from Werkendam, which manages the ship, it concerns 32 empty containers and one with content.

‘A container was loaded with consumer goods,’ says director Erik van der Wiel. ‘We don’t know exactly what’s in there yet. In any case, not something that creates an environmental risk. ‘

High waves may be the cause

De Francisca, owned by Longship BV from the city of Groningen, was on its way from Iceland to the port of Rotterdam. Off the Scottish coast, the ship ran into problems on Saturday night due to bad weather, says Van der Wiel.

‘A storm caused high waves. As a result, water was probably flushed over the deck and the containers were knocked off board. Fortunately, the crew was unharmed and the ship itself was not badly damaged. It’s a dire situation, with a happy ending for the time being. ‘

‘Containers secured according to the rules’

Further research should reveal exactly how the load came loose. According to Van der Wiel, it cannot be because of the way in which the containers are attached to the ship.

‘Everything is well established and we have worked completely according to the rules. So this will not be a repeat of the MSC Zoe disaster. ‘

Since the ship lost containers, the Francisca has sought calmer waters near Scotland. VMS Shipping Group consults with insurers and the Scottish authorities about the salvage of the cargo.

“For the time being, I think the weather is still too bad to do anything about it,” says Van der Wiel. The director expects the ship to continue its journey to the port of Rotterdam.

These were the details of the news Groningen freighter loses 33 containers near Scotland: ‘no second MSC Zoe’ for this day. We hope that we have succeeded by giving you the full details and information. To follow all our news, you can subscribe to the alerts system or to one of our different systems to provide you with all that is new.