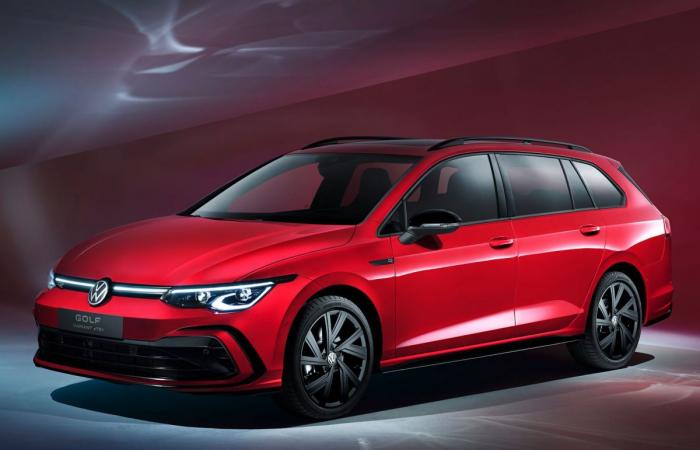 Volkswagen has revealed more technical details of the Golf Variant. The larger Golf will initially come on the market with three engines, more will follow later. The Golf Variant Alltrack will not find its way to the Netherlands.

Inquiry at Volkswagen shows that in principle there will be no Golf Variant GTE, unless the market demand eventually turns out to be very high. The door is therefore not closed permanently. As with the Golf hatchback, the Variant is also available in the trim levels Life, Style and R-Line. The main achievement of the Variant compared to the hatchback is that it is 35 cm longer, with a wheelbase that has increased by 6.7 cm. This gives the rear passengers 4 cm more legroom and allows you to store 611 liters of luggage in the trunk. What the Dutch price list of the Golf Variant will look like in practice is not yet known. The importer will only share the prices at a later stage.

The Golf Variant Alltrack gets the same diesel engine as the Golf GTD: a 200 hp and 400 Nm strong 2.0 TDI. The Alltrack has a similar equipment level as the R-Line as standard and is therefore good in its stuff from the start. In the interior, the Alltrack is equipped with special seat covers and moldings. There is no choice in drivelines: the Alltrack always has the above power source with 4Motion four-wheel drive and does not come in a cheaper version with, for example, only front-wheel drive. However, the Golf Variant Alltrack is not coming to our country. According to the importer, there is too little demand for this top version and there are plenty of other alternatives on the market, such as the Tiguan.

These were the details of the news Volkswagen highlights new Golf Variant for this day. We hope that we have succeeded by giving you the full details and information. To follow all our news, you can subscribe to the alerts system or to one of our different systems to provide you with all that is new.