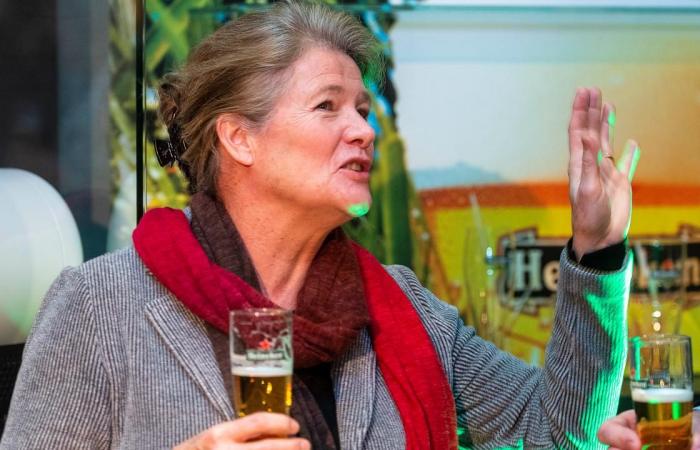 The wealth of the richest Dutch people has grown again in the past year, despite the corona crisis. This is evident from the Quote 500, the rich list published every year by business magazine Quote is drawn up. The total assets of the five hundred richest Dutch people amount to more than 186 billion euros. That is 3.5 percent more than last year. Incidentally, it is the smallest increase since the credit crisis. Of the richest of the rich, 265 saw their wealth increase.

Still, it was certainly not a jubilee year for everyone. For example, the richest Dutchman, Charlene de Carvalho-Heineken, saw her assets shrink by no less than 2 billion euros. By the way, she still has 12 billion euros left. 76 others also saw the balance on their savings accounts shrink.

The fastest descender is Piet Vroon, owner of the Vroon shipping company. His power shrank by more than 60 percent. Last year he was also the one who received the hardest blow. The biggest climber is investor Louis Reijtenbach. His assets grew by 188.5 percent to 375 million euros. The highest new entrant is Adriaan Mol, who comes in 94th place with a net worth of 450 million euros. Mol is the man behind payment processor Mollie.

Changes in the top five

The top three of the list has remained unchanged, but new names appear in fourth and fifth place. Where John de Mol almost reached the podium last year, he now has to give up fourth place to Karel van Eerd (Jumbo). Arnout Schuijff (Adyen) is in fifth place this year. He takes the place of Ralph Sonnenberg (Hunter Douglas). The top five richest Dutch people are:

Anyone who wanted to be eligible for the list had to have assets of at least 95 million euros. That was 88 million euros last year. The number of billionaires rose slightly, from 37 last year to 38 now.

The Royal family was able to add some extra money to the bank account this year. The assets of the House of Orange already exceeded 1 billion euros last year. It has now grown further to 1.1 billion.

Although his capital shrank by 11 percent, John de Mol is still the richest known Dutchman.

These were the details of the news Quote 500: the rich get richer again, despite the corona crisis... for this day. We hope that we have succeeded by giving you the full details and information. To follow all our news, you can subscribe to the alerts system or to one of our different systems to provide you with all that is new.