Investor sees it all again | Financial 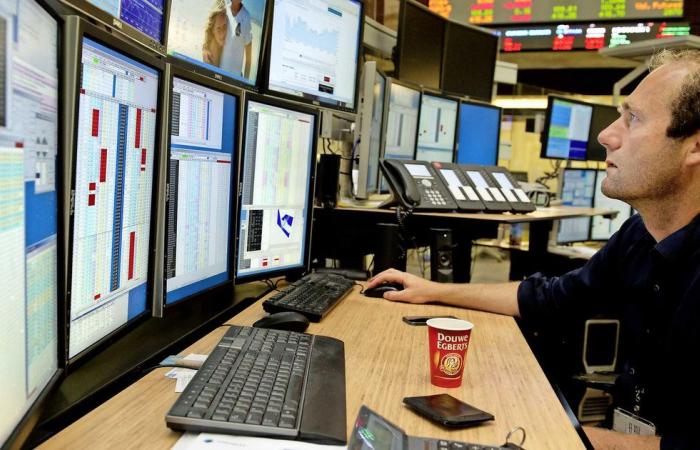 When the European stock markets closed, the Dow Jones index and the Nasdaq index were 1.5% and 0.4% higher.

Better than expected industry figures from China, Europe and especially the US helped sentiment. Investment strategist Olaf van den Heuvel of Aegon Asset Management emphasizes that the stock markets in the run-up to the American elections are always very volatile. “We also saw this four years ago. The fact that the entire market fell last week, and not only the companies that are hard hit by the second wave of corona infections, indicates that the uncertainty surrounding the election results was a more pressing factor.

According to Van den Heuvel, it doesn’t really matter who wins the elections. “The most important thing is that there is a clear result. Biden will be a bit nicer towards Europe and China, but will increase taxes. Any recounts not only ensure that the uncertainty lasts longer, but also that the rescue plan comes later and the economy thus continues to decline. Incidentally, like most major other asset managers, we have a neutral position towards the elections. ”

Investment advisor Rein Schutte of Noesis Capital Management also emphasizes the importance of a clear winner. “He can then quickly come up with a support package, especially if the Senate also comes into the hands of his party. I wouldn’t be surprised if Trump wins, although the national polls point to a clear victory for Biden. ”

In the AEX, the banks ING and ABN Amro ended with profits of 5.8% and 3.8% respectively at the top. Royal Dutch Shell continued the solid recovery following the publication of the better-than-expected quarterly report on Thursday with a profit of 4.8%.

Supermarket chain Ahold Delhaize, which publishes quarterly figures on Wednesday morning, gained 3.7%. Prosus climbed 2.4%, after a target increase to € 120 by Deutsche Bank. The tech investor reported last week that it was going to buy back its own shares.

Unibail-Rodamco-Westfield lost 1.9%. The retail real estate fund warned that the new measures being taken to prevent the spread of the coronavirus could hit results in the fourth quarter. The group saw things go better in the third quarter, because corona restrictions were eased in many countries.

In the AMX, biotechnology business ended Pharming leading the way with a gain of 7.6%, probably driven by acquisition speculation in response to the bid for industry peer Kiadis.

Corbion rose 7%, after the publication of better-than-expected quarterly figures. The specialty chemicals company maintained its expectations for the whole of this year.

Air France KLM won 5%. Investors apparently assume that KLM will still receive the full € 3.4 billion in support from the Dutch government. Over the weekend, not all unions agreed to longer periods of wage restraint.

Basic-Fit closed 1.2% higher, after being sharply lower earlier in the day. The Dutch cabinet was considering closing the gyms for two weeks this morning, but is reportedly not doing so.

PostNL lost 6.2%, because the quarterly figures were less strong than expected. With the important holiday period just around the corner, the mail and parcel deliverer will take the necessary measures to cope with the crowds in the future. According to top woman Herna Verhagen, PostNL will again pay out dividend at the end of this year. However, investors had expected more from the quarterly results.

Shot at the local market Kiadis Pharma 249.4% up to € 5.13. The French pharmaceutical company Sanofi wants to acquire the biotechnology company for € 5.45 per share.

More relevant financial news in your mail every morning for free? Sign up here for the DFT Newsletter.

These were the details of the news Investor sees it all again | Financial for this day. We hope that we have succeeded by giving you the full details and information. To follow all our news, you can subscribe to the alerts system or to one of our different systems to provide you with all that is new.