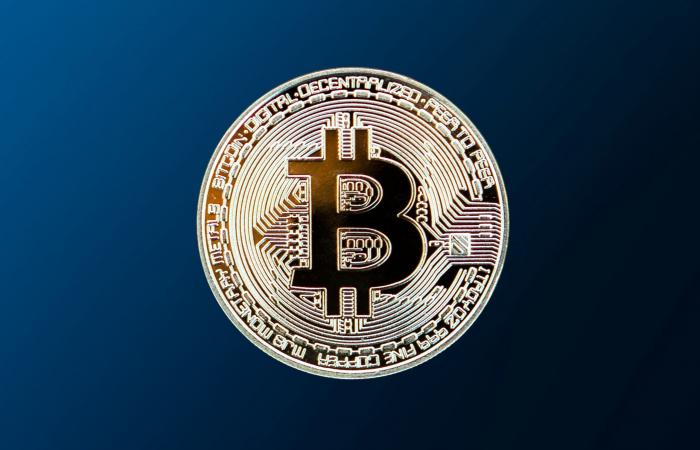 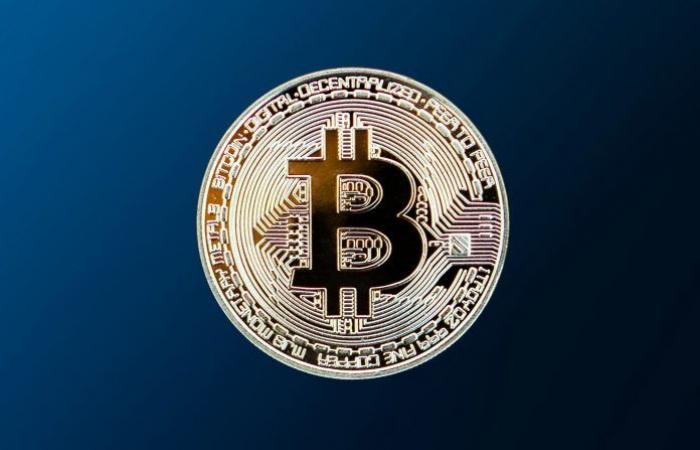 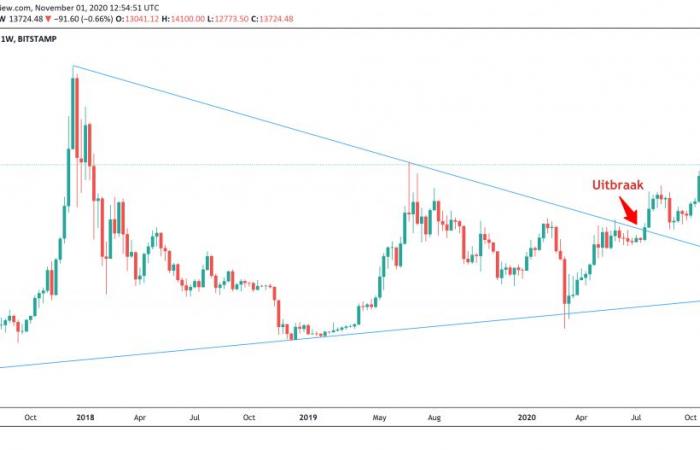 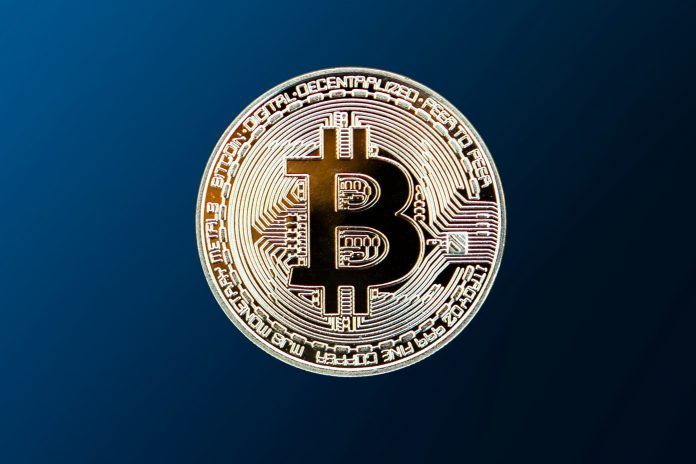 After a fairly stable August and September, the Bitcoin price rose by almost 30% in October. This spike pushed BTC above two major technical levels, namely USD 11,000 and USD 12,500.

The next major hurdle to break is the USD 14,000 – USD 14,500 level. Forbes analyst Jesse Colombo says that if BTC can break this level too, there will be little resistance to an all-time high of around USD 20,000.

The analyst points out that the Bitcoin chart has formed a huge wedge pattern in recent years.

In July, BTC broke out of this pattern, took a breather for several months and then continued to rise. A convincing breakout above USD 14,000, which is a significant psychological level, would send a very bullish signal.

In addition to the positive signals provided by the graphs, the analyst points out the importance of safe-haven assets. He says these assets, such as gold and bitcoin, will thrive in the coming years. This as central banks continue to flood the world with money in an effort to support the debt-ridden global economy.

These were the details of the news Where is the Bitcoin Price Going? for this day. We hope that we have succeeded by giving you the full details and information. To follow all our news, you can subscribe to the alerts system or to one of our different systems to provide you with all that is new.