“Toyota”: A small difference between the prices of “hybrid” and “traditional”... 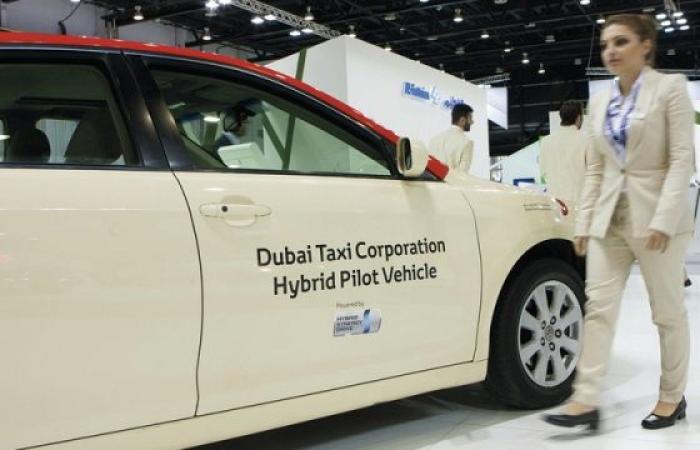 The Director of the General Administration of Al-Futtaim Toyota, Saud Abbasi, said that there is no significant difference between the prices of conventional cars equipped with a “gasoline” engine and electric “hybrid” cars, explaining, for example, that the price of a “Toyota Corolla Hybrid 2020” starts from 83,900 dirhams, which is 16% more than the price of the traditional “Corolla 2020” car powered by a “gasoline” engine, whose price in the country starts at 71,900 dirhams.

Abbasi added to “Emirates Today”, that “(Hybrid) electric cars are worthy of this price, taking into account that their advantages are not limited to preserving the environment, but are also considered more cost-effective in the long run, thanks to the high efficiency in Reducing fuel consumption, and being less serviceable and maintenance-free compared to conventional models.

Abbasi indicated that those who tend to own electric hybrid cars are individuals who have an interest in modern technology and wish to incorporate more environmentally conscious driving behaviors into their lifestyle, pointing out that these vehicles are also an ideal option for companies that rely on the use of cars in their businesses. And looking to save on fuel.

He expected the continued growth of demand for “hybrid” electric vehicles in the coming years, as current owners upgrade their cars to newer “hybrid” models, while more individuals will realize the advantages of “hybrids”.

Abbasi stated that the company provides no less than five “hybrid” electric hybrid models currently in the UAE market, indicating that three new electric hybrid models have been introduced during the past 12 months to be added to the list that currently includes, along with “Camry Hybrid” and “Corolla.” Hybrid », each of the« Rav 4 Hybrid », and« Highlander Hybrid », and« C-HR Hybrid »vehicle, which set new standards that would change the rules on which the design of this class of cars is based.

Abbasi said that Al-Futtaim Toyota’s strategy for the list of electric hybrid models dates back to 2008 when it introduced the first Camry Hybrid model and made it available to customers from fleet carriers in the UAE, pointing out that in 2016, the company launched the Toyota Prius. », Which is the most famous and popular electric hybrid in the world. He added that in 2017, Toyota launched the “Mirai” electric vehicle powered by hydrogen fuel cells (FCEV), as part of an experimental program that aims to study the potential of creating a society based on hydrogen as a source of fuel, free of carbon. And Abbasi added that last year, the company also launched the “Rav 4 Hybrid”, the first “hybrid” multi-use sports car (SUV) in the UAE, and the first ever “Toyota Corolla Hybrid” electric car that joined the “hybrid” community in the UAE. .

Abbasi said that the maintenance of electric hybrid vehicles is carried out in the maintenance centers of Al-Futtaim Toyota, according to the standards used in providing maintenance services for other Toyota cars. He said: “Since the acquisition and driving of an electric (hybrid) vehicle does not require any additional effort from the driver, such as charging the battery, as in pure electric cars, hybrid vehicles are one of the most practical solutions in the automotive sector, and it would help all parties to achieve Contribute to reducing environmental pollution ».

Abbasi added that the expansion of the list of hybrid-electric vehicles contributed to an increase in Toyota’s sales of that category of cars in the country by 14% annually. He pointed out that «Al-Futtaim Toyota» supplies more than 90% of hybrid electric vehicles to the operators of taxi fleets operating in the UAE.

On the opportunities available and the challenges facing the “hybrid” segment in the UAE, Abbasi said that the demand for “hybrid” vehicles will continue to grow in the coming years, with a commitment to providing a cleaner and less polluted environment in the country.

He added that with regard to the challenges facing the “hybrid” category, “the presence of this type of vehicle is relatively recent in the UAE, so we are looking forward to more awareness among customers about the many advantages that these cars include.”

The general manager of Al-Futtaim Toyota, Saud Abbasi, said that the benefits of owning an electric hybrid vehicle can be summarized in three main axes: the total cost, maintaining a cleaner environment, and a driving experience that does not impose any change on the driver’s behavior.

He added that “hybrid” cars are characterized by more efficient engines compared to conventional gasoline cars, as the additional power provided by the electric generator allows very small engines to produce the same power as non-hybrid engines, which are twice their size, and this not only saves costs. It saves drivers a lot of time, as they do not have to refill their tanks many times.

The director of the General Administration of Al-Futtaim Toyota, Saud Abbasi, said that hybrid electric cars use two engines, one of which is an electric generator and the second is powered by gasoline, as this system is “completely” hybrid, which means that the car can be driven depending on its electric power alone, in addition to The engine and generator worked together, which makes it different from other “light” hybrid systems.

He added that the electric generator only works to enhance the performance of the gasoline engine, indicating that electricity is generated while driving the car, as it is obtained from the energy generated when the driver presses the brakes to slow the vehicle’s speed, and then this energy is stored to be ready for use in the hybrid battery Pointing out that the power control unit automatically determines the most efficient energy source for use at any moment, whether the driver is driving the vehicle on a road experiencing slow traffic or on an open road.

Abbasi added that in traffic that is witnessing stopping and starting, the Toyota hybrid system switches to a fully electric vehicle (EV) mode to achieve maximum benefit from driving without emissions from the exhaust pipe and without fuel consumption, indicating that if the battery power is low, or Increase the speed, the hybrid engine restarts automatically.

These were the details of the news “Toyota”: A small difference between the prices of “hybrid” and “traditional”... for this day. We hope that we have succeeded by giving you the full details and information. To follow all our news, you can subscribe to the alerts system or to one of our different systems to provide you with all that is new.