Gamble to the top: ‘Unfortunately, you have no vision’ 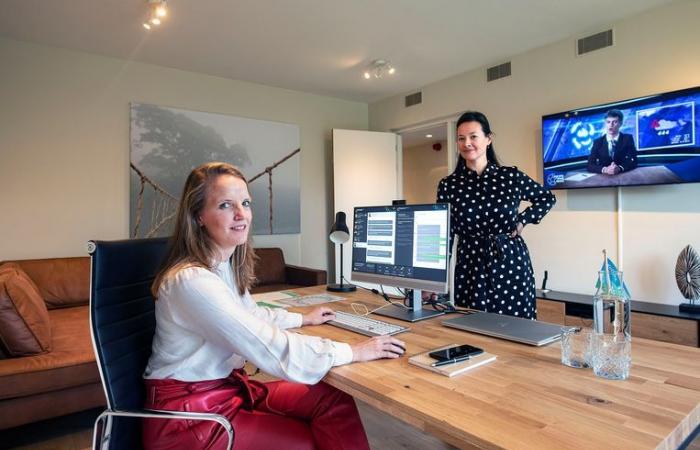 Initially, Marleen Redeker and Tabitha Kortman wanted to focus their leadership game on the outbreak of a pandemic. Something ‘Ebola-like or something’. But that all seemed very unlikely and also dismal. Now that the game is finished, the organizational psychologists are happy that they didn’t, because then the test persons could have relied on experience.

And that is precisely not the intention of the game, which must test the top of the business community for leadership qualities. According to Redeker and Kortman, by throwing test persons back to themselves and putting pressure on them, it should show whether they have the potential for a position on the board of directors or supervisory directors. Their game is already being used by one of the major European service providers.

In a purpose-built boardroom in chic Amsterdam Oud-Zuid, the test person (your reporter for the occasion) will experience her first day as CEO of Kumara. A fictional company on an equally fictional archipelago. In 3.5 hours, both cognitive skills and behavior will be tested. ‘Don’t worry, there is no right or wrong’, says Kortman when she suspects stage fright.

As soon as the door locks behind her, the cortisol levels start to rise. The first assignment comes in via the computer: in half an hour the decision has to be made about the construction of an air highway, a capital project for which various contractors are in the running. There is no time to think quietly, because the mailbox is now filling up and the chat is red hot.

What the director does not see is that the computer is now closely monitoring all actions. How many screens are open? How long are they open? How often do you ask the personal assistant for help? A total of 120 measurements are taken that translate into scores, such as agility, integrity and thinking ability. Anyone who does not ask further is not involved, whoever asks too much has no enforcement power.

Game based assessments are not new. They are already being used by Unilever, Deloitte and the municipality of Rotterdam to select candidates with the right character traits and cognitive skills for a position. What is new is the use of these games for top positions, says HR specialist Bas van de Haterd. Who applauds the development.

‘It can’t be much worse than we do now in application procedures,’ he says. ‘We select on matters that have hardly any predictive value. We look at the previous position and not the performance on those positions. For example, a minister who has failed badly can always become mayor somewhere. ‘

According to Kortman and Redeker, drivers are now often chosen on the basis of stereotypical experience, qualities and appearance. “Men over 50, for example, have stronger leadership associations than women over 35,” says Redeker. Moreover, leaders often ascend without anyone openly wondering whether they are suitable for it. ‘Because the higher you get in an organization, the less honest feedback you will receive.’

Back to Kumara’s boardroom, where the new CEO’s deodorant is now being put to the test. Five minutes before the deadline, not all the documents for the air highway have been received and then the HR director also comes up with an annoying announcement: a lot of reorganization is needed. No really? Now?

Good leadership is more important than ever in a crisis, say Redeker and Kortman. ‘If there is uncertainty, you want clarity and you look to the leader for that.’ In recent months, the corona crisis has subjected administrators from all over the world to a stress test. One with a high stakes: they could make the difference between life and death. Between a profitable and loss-making company.

It turned out not to be easy. Partly because decisions had to be made on the basis of half information, but also because there is simply no blueprint for who or what a good driver is. That is strongly dependent on the context, says Kortman. “Thanks to the strict Chinese approach, they can now party again in Wuhan, for example, but it wouldn’t work here because everyone would revolt.”

In addition, each phase requires a different approach. Where in the beginning of the corona crisis, execution power was necessary to, for example, provide home working staff with screens and laptops, it now comes down to someone who can connect. Redeker: ‘People are lonely and increasingly drifted away from the organization, they have to regain the feeling that they are contributing something.’

According to Van de Haterd, a crisis requires such different qualities that large companies and institutions would do well to appoint a special crisis manager, just like the Romans had a dictator in wartime. Mark Rutte would be quite suitable for that, thinks Van de Haterd. In peacetime he was often accused of being weak because he had no ideals, but now that is useful. As a result, he does not experience it as a loss if he has to change his mind because there is new information. ‘

After more than an hour of sweating in Kumara’s boardroom, Kortman and Redeker have good news and bad news for the reporter. The first results show that they score 100 percent on execution power. The score on vision is less: zero percent. Oh, who hasn’t gotten far with it.

These were the details of the news Gamble to the top: ‘Unfortunately, you have no vision’ for this day. We hope that we have succeeded by giving you the full details and information. To follow all our news, you can subscribe to the alerts system or to one of our different systems to provide you with all that is new.