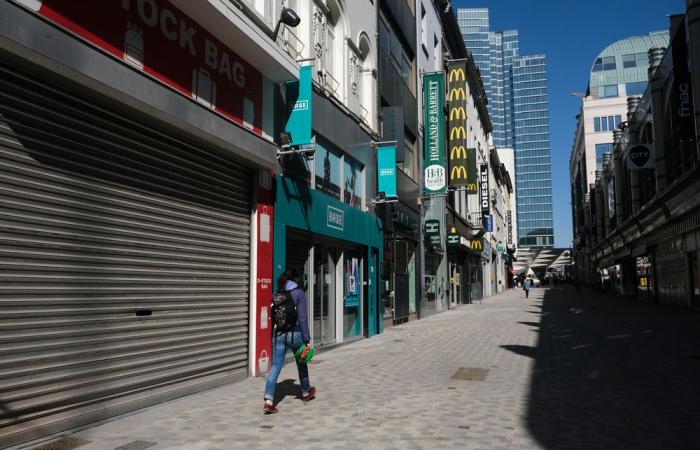 (Update) For the second time this year, Belgium will implement a strict lockdown in the fight against the corona virus. All non-essential stores will remain closed for six weeks from Monday, November 2.

That was decided after a meeting of the consultation committee this afternoon. The decision is not unexpected: several experts and politicians had urged it in recent days and neighboring France had already implemented a very strict lockdown earlier this week. Strict intervention is necessary now that the corona numbers are completely out of hand. Contacts should be avoided as much as possible.

Even though there are few infections in the shops, shopping still generates too much traffic, with many people coming together. Just like last spring, when the vast majority of retail eventually remained closed for eight weeks, all “non-essential” stores will therefore close again. This also applies to contact professions such as hairdressers or beauticians. Food stores, supermarkets, pharmacies, newsagents, pet food stores, DIY stores, garden centers, snack bars and banks are likely to remain open. Garages and bicycle shops are only allowed to carry out repairs. ‘Click & collect’ is still allowed for all shops.

An evaluation will be made for the stores no later than December 1. “We will do everything we can to ensure that there are equal rules for everyone. There is no reason to hoard, that is anti-social, ”said Prime Minister Alexander De Croo during the press conference. “I would like to call on the population to support our local entrepreneurs,” added Flemish Prime Minister Jan Jambon. Brussels Prime Minister Rudi Vervoort agreed and implicitly referred to it Amazon, which now has one million employees worldwide.

The restrictions will again have a huge economic impact on the retail sector. Especially because the timing could hardly be worse: autumn is crucial for retailers. In November there are traditionally several bargain festivals on the program, such as Singles Day and Black Friday. This is followed by Sinterklaas and Christmas. The gift hunt will probably have to take place largely online this year, and the major international platforms in particular will benefit from this.

Trade federation Comeos had emphasized earlier this week that a new lockdown was “unthinkable”. But several retailers also indicated that due to the persistent bad news, the passage and turnover had fallen so sharply in recent days that it often no longer pays to keep the store open. Proximus was the first retailer to report this morning that it would close its stores of its own accord from Monday.

The retail federations are asking for support measures for their affected sector. “We understand the decision because public health comes first, but this is another huge blow to the sector that is already experiencing very difficult times. The closure will result in a loss of more than EUR 100 million in sales per day, or EUR 4 billion for six weeks of closure. That is why we are asking the government for a comprehensive support package, ”says Dominique Michel, CEO of Comeos. He is asking for an exemption from the social security contribution for the third quarter, an intervention in the rental costs as decided by the French government and an end to all taxes that shops have to pay, such as parking taxes or taxes on illuminated advertising.

Mode Unie calls for the fashion sector to be recognized as a badly affected sector because of the stagnation of huge stocks. The organization also hopes that the government will actively contribute to making consumers more aware that local and Belgian shopping is more necessary than ever.

These were the details of the news Belgium is again closing non-essential stores for this day. We hope that we have succeeded by giving you the full details and information. To follow all our news, you can subscribe to the alerts system or to one of our different systems to provide you with all that is new.