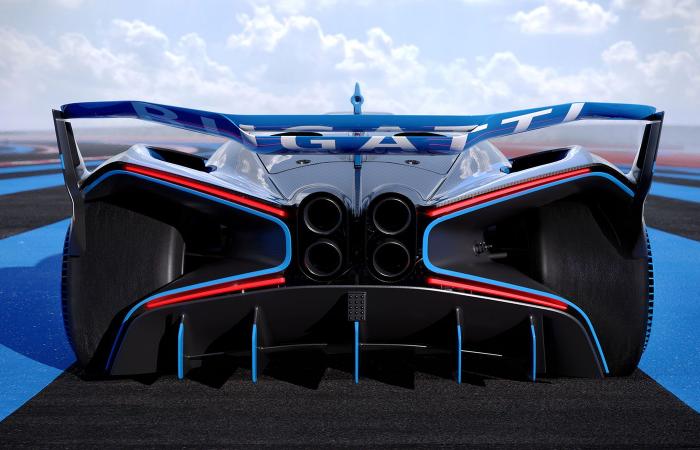 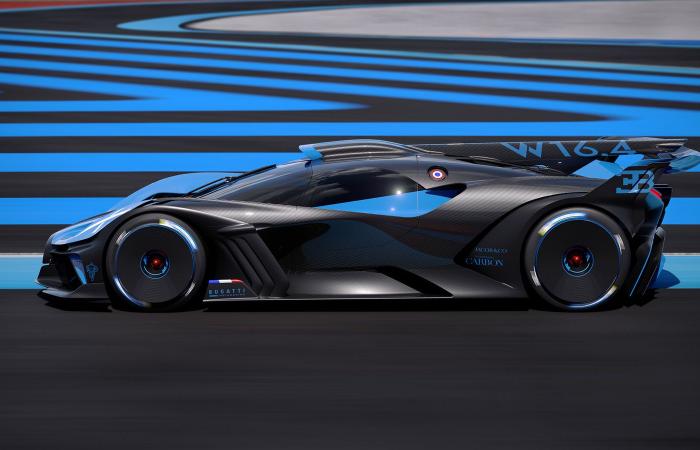 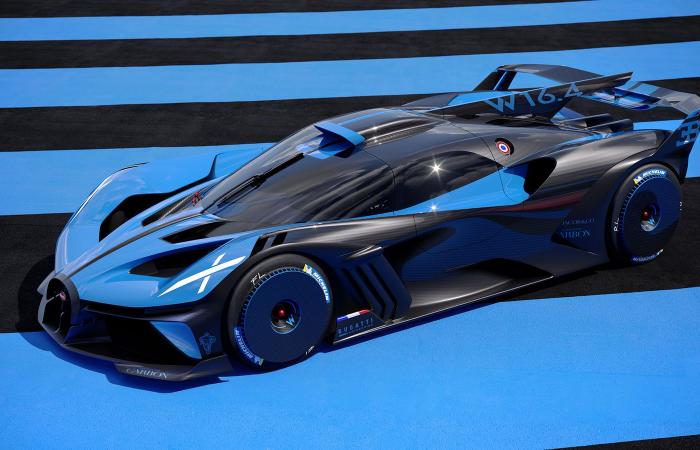 In eight months, Bugatti created its lightest and strongest sports car ever, the Bolide. It is currently a one-off, but the French brand is already taking into account that customers will ask for a copy. The racing car is not street legal. However, Bugatti has developed the Bolide entirely in accordance with the requirements of the FIA.

As Autovisie previously revealed, Bugatti was working on a racing version based on the Chiron with its masterly W16 engine. The racing car, because that is ‘bolide’ in French, was to be unveiled last August during the Car Week in Monterey with its prestigious Concours d’Elegance. Due to the corona crisis, the event was called off and Bugatti kept the track version in the ‘pit box’ for a while. Until today. The French hypercar manufacturer shares the car with the world. 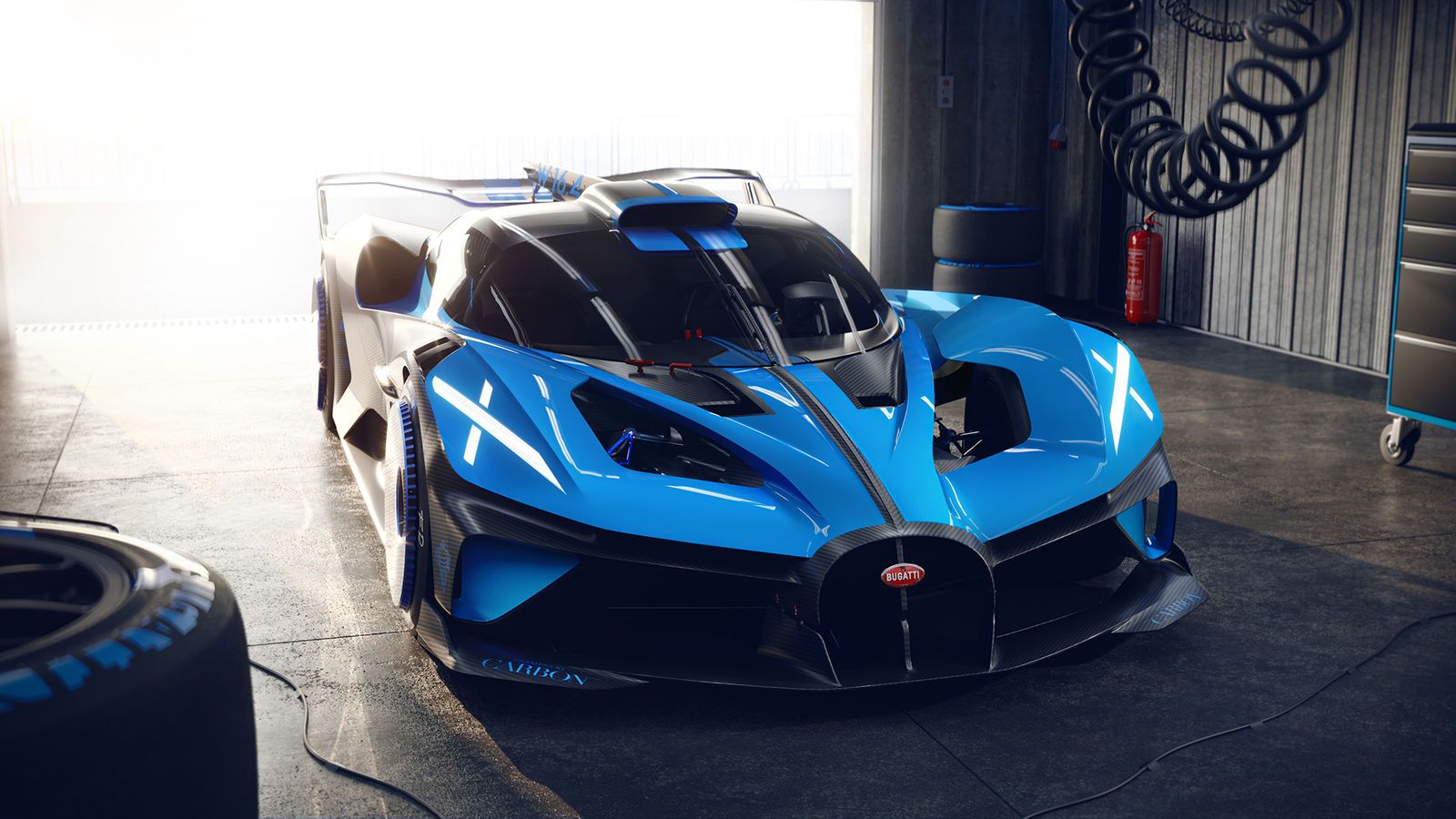 In collaboration with some students, the legendary brand has already worked on various track cars. Bugatti supported the projects and in the meantime also worked on a variant itself. It took only eight months to develop the car, which started last year. The goal was to develop a track monster that was extremely light – certainly for a Bugatt -, extremely strong – even stronger than a Centodieci – and could break lap records on tracks. The W16 engine was taken as a starting point, in fact, just like in the late 1990s when the Volkswagen concern invented an engine and eventually created the Veyron around it. 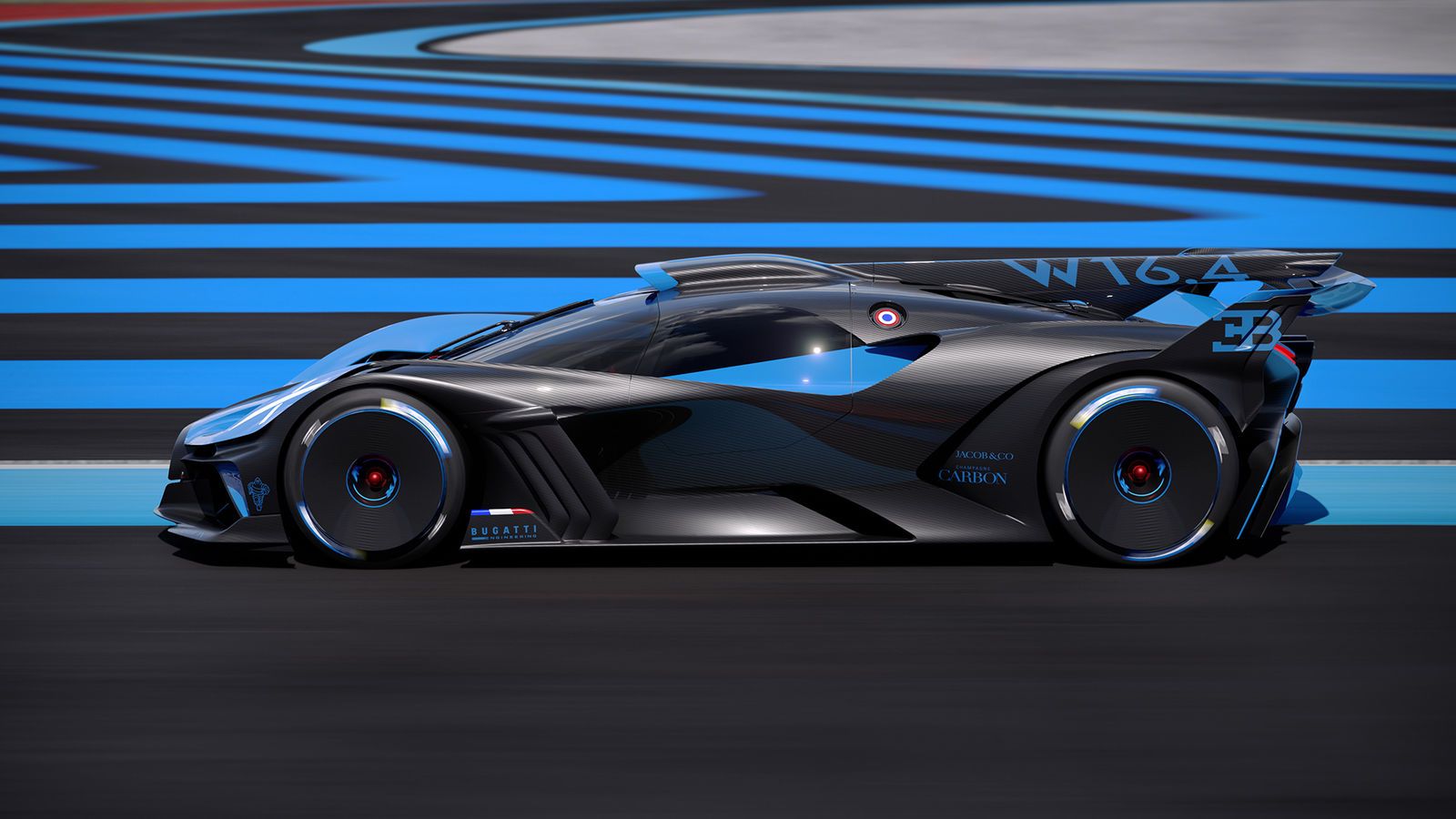 The power source is located centrally in the chassis with the carbon fiber monocoque developed by Dallara. It has an unchanged sixteen cylinder and one has a familiar displacement of 8.0 liters, but the Bugatti engineers have held the power unit up to the light to make it even more potent and as light as possible. Other materials ensure a weight reduction, while a new cooling system and modified turbos provide an extra power explosion. The engine now produces 1850 hp, 250 hp more than the most powerful variant of the W16 power source now delivers. We must immediately comment on this. The 1,850 horsepower gets the immense power unit with 110-octane fuel. With 98 octane, the block squeezes 1600 horsepower. 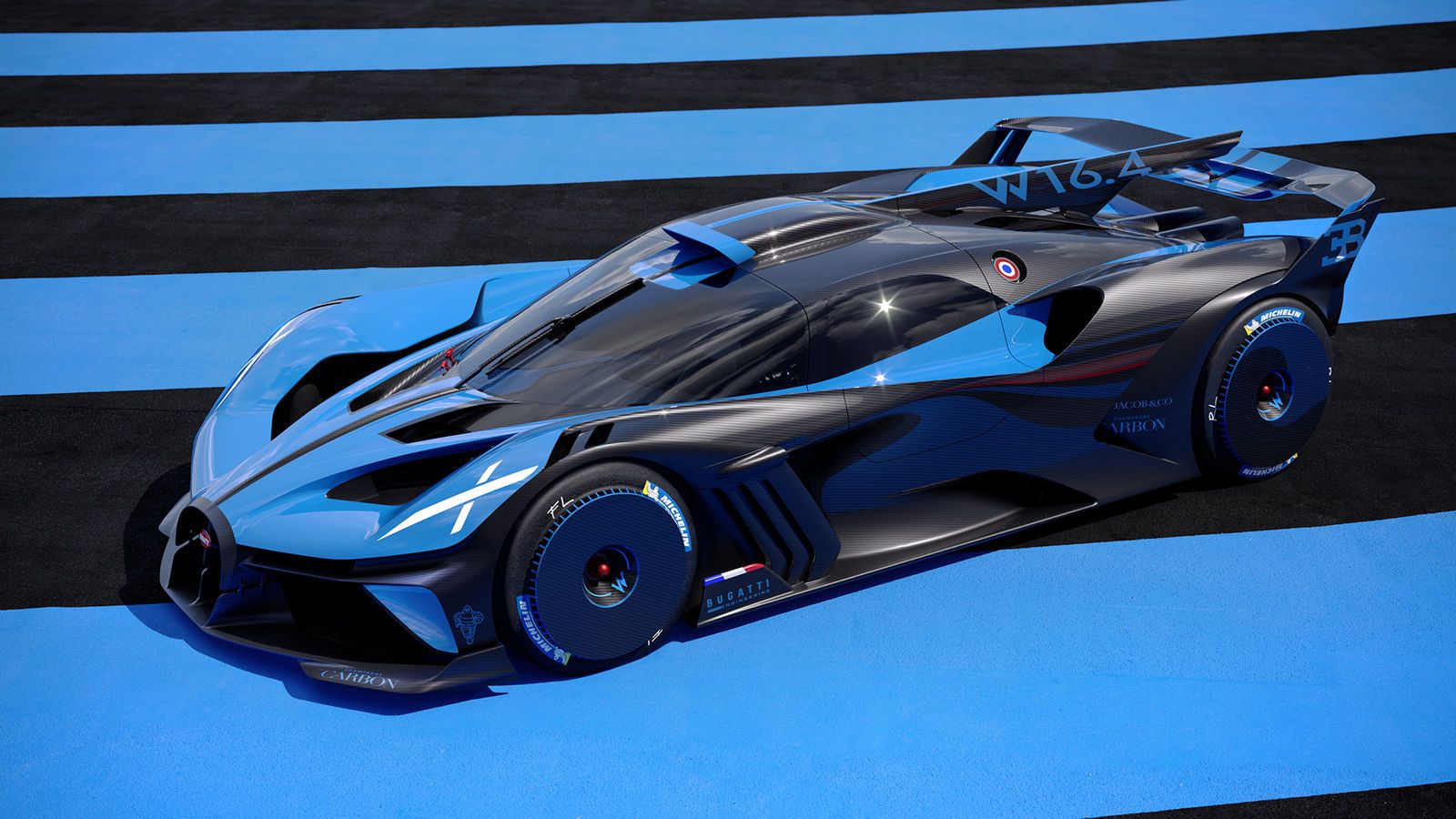 Each peeka only has to propel 0.67 kg of weight. The Bolide weighs only 1240 kg. It is not lightweight, but it is by Bugatti standards. The Chiron weighs 2000 kg. You can’t compare it with that luxurious hypercar. The 30 cm lower (!) Bolide is completely different. It does not offer luxury, because it is completely unnecessary. The Bolide is purely aimed at the track. The carriage is bare, with open parts. Everything is focused on speed and high cornering speeds. It should easily be able to reach 500 km / h, a speed that should be on the counter after 20.16 counts from a standstill. The action from standstill to 500 km / h to standstill would even take 34 seconds. Bugatti says simulations show that a lap at Le Mans takes 3 minutes and 7.1 seconds. On the Nordschleife, the Bolide would be back in the pit lane after 5 minutes and 23.1 seconds … 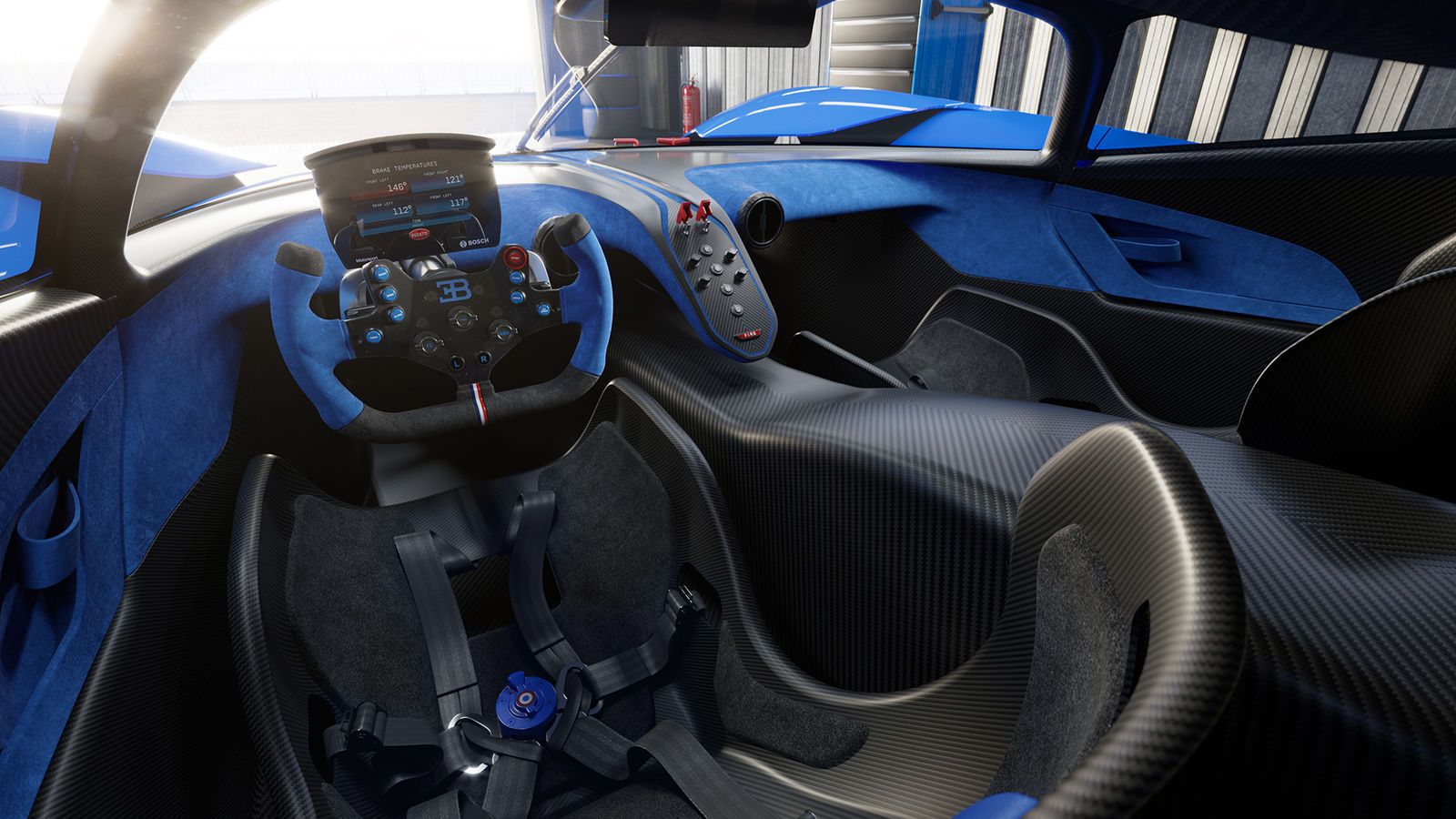 The brand does not yet indicate what Bugatti will do with the Bolide. Is Bugatti returning to motorsport? The manufacturer does say that it has not yet determined whether a limited version will be available. Assume it will come. There are plenty of Bugatti customers who want all models in their collection, the more extreme the better. The French hypercar specialist even sold the Vision GT showcar of which there is only one. Although you are not supposed to drive it, the current owner will take the car to events. That will also happen with the Bolide. Wealthy Bugatti fans want it. Although they know that they are not going to race with it.

These were the details of the news Bugatti Bolide is a 1850 hp track beast for this day. We hope that we have succeeded by giving you the full details and information. To follow all our news, you can subscribe to the alerts system or to one of our different systems to provide you with all that is new.