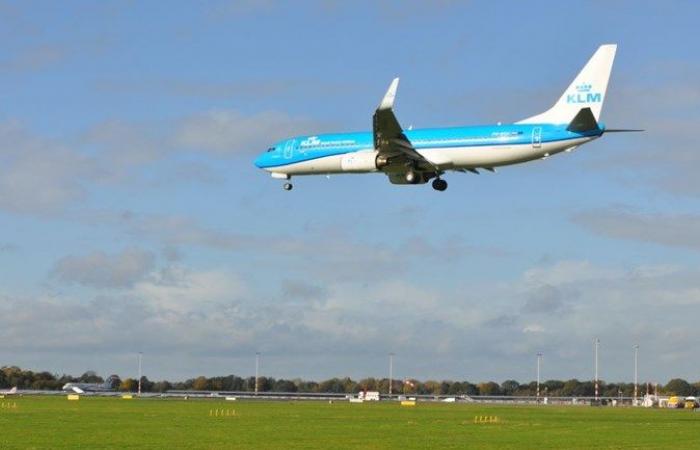 The airline does not need the aircraft due to the winter schedule and the consequences of the corona crisis. KLM would like to store its aircraft in the Netherlands, which is why Groningen Airport Eelde was chosen.

The arrival of the planes attracts a lot of attention. Also from students of the KLM Flight Academy. ‘If all goes well, this is my future,’ says student Wessel van Zanen.

Pilot in training Danny Spit is also watching. ‘This is really beautiful, this is what you do it for. Hopefully I will fly for KLM later, at least this is motivating. ‘

On platform and old track

Two somewhat larger Airbus A330 aircraft will be placed on the so-called A platform in front of the restaurant, ten smaller 737s will be stored on the former runway 01-19, which was decommissioned a few years ago.

In April, the airport in Eelde was also used as a parking lot for aircraft that were grounded due to corona. Then TUS Airways parked two aircraft there. They have since left.

‘The fact that KLM parks aircraft at Groningen Airport Eelde shows why thinking in an airport system is so important’, says interim director Bart Schmeinck of the airport. ‘We have capacity and options that other airports don’t have.’

KLM currently only uses Eelde as an ‘alternate airport’, if aircraft cannot land at Schiphol due to bad weather conditions such as fog or storm. ‘By parking the aircraft at Groningen Airport Eelde, we are also Schiphol’s overflow airport,’ says Schmeinck.

Groningen Airport Eelde is currently not used for holiday flights due to the corona crisis. The intention is that from December 21, TUI will again fly twice a week to Gran Canaria. From January 21, BBI-Travel also wants to fly twice a week to the Scandinavian Mountains winter sports area, on the border of Sweden and Norway.

Due to the increased number of training flights and private flights, Groningen Airport Eelde nevertheless had a record month in September.

Also read:
– Flights from Airport Eelde to Scandinavian snow postponed
– You can fly to Zakynthos and Mallorca from Eelde this summer

These were the details of the news KLM parks twelve aircraft at Groningen Airport Eelde (update) for this day. We hope that we have succeeded by giving you the full details and information. To follow all our news, you can subscribe to the alerts system or to one of our different systems to provide you with all that is new.