The Turkish lira is falling to a record level against the... 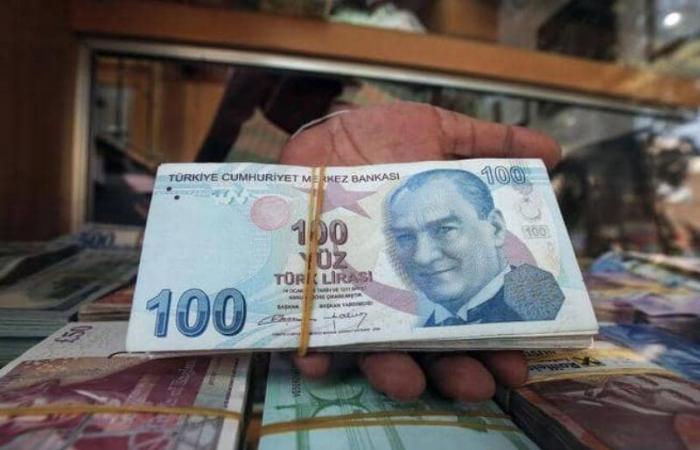 Today, Tuesday, the Turkish lira recorded a sharp decline in its exchange rate against the US dollar, reaching 8.19 pounds per dollar.

This decline comes after Monday’s losses that pushed it to 8.05 levels against the US dollar, as a result of investor concern about the central bank’s decision to keep the main interest rate unchanged last week and geopolitical concerns.

The tension in relations with the United States, the dispute with France, the dispute between Turkey and Greece over maritime rights and the battles in Nagorno Karabakh caused investor concern.

The lira fell more than 1%, from Friday’s closing level of 7.9650 pounds, and was the worst performance in emerging markets. The currency has lost more than 26% this year and more than half of its value since the end of 2017.

The central bank kept the benchmark interest rate at 10.25% and raised the delayed liquidity window to 14.75%, saying that a broad tightening of financial conditions had already been achieved after steps to contain inflation risks.

The central bank was expected to raise the interest rate 175 basis points to 12%, last Thursday, in light of the weak performance of the pound, which sparked concerns about high inflation and the sharp decline in foreign exchange reserves.

Among the most prominent reactions to the Turkish lira’s decline is Medley Global Advisors, which said, “The Central Bank only blames itself for the lira’s decline.

“What we are seeing today is a repeat of what happened in 2018,” said BlueBay Asset Management. “The central bank did not learn its lesson and failed to listen to the market after raising interest rates last week and it is now suffering from the consequences.”

These were the details of the news The Turkish lira is falling to a record level against the... for this day. We hope that we have succeeded by giving you the full details and information. To follow all our news, you can subscribe to the alerts system or to one of our different systems to provide you with all that is new.