After the sharp declines, positive trade is expected to open in... 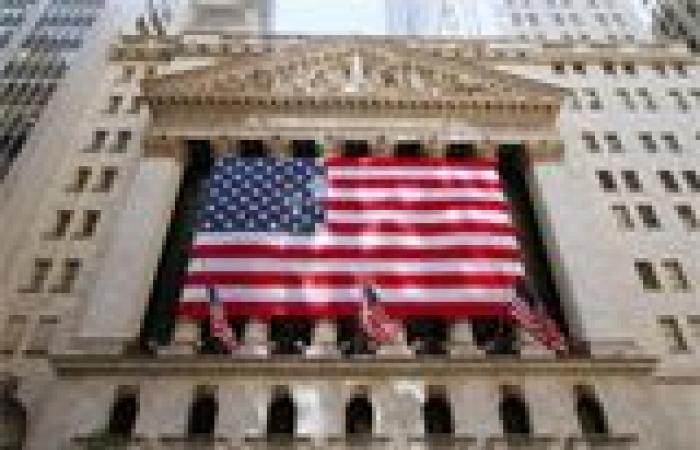 The US stock markets will open the second trading day of the week in a positive atmosphere after a particularly negative trading day last night.

A variety of reports were published before the trade (expansion below) and after that the software will be published by Microsoft, Affleck (AFL), Dexcom (DXCM), Akmai Technologies (AKAM) and more.

European stock markets continue today in the negative trend Dex and French CAC are down 0.2% and 0.7% respectively. Britain is rising slightly. A barrel of light crude oil costs $ 38.2 a barrel. The price of an ounce of gold is trading steadily at just over $ 1,900.

Zilinix (XLNX) agreed to AMD’s takeover bid for $ 35 billion in shares at a share value of $ 143. The stock is soaring 15% in early trading.

Caterpillar (CAT) released third-quarter earnings with earnings of $ 1.34 per share versus expectations of $ 1.18. The company’s revenues exceeded forecasts. The company will continue not to give a forward forecast due to the corona plague in the US and around the world. The company’s shares are down about 2% in early trading.

Pharmaceutical company Eli Lilly (LLY) reported earnings of $ 1.54 per share against expectations of $ 1.37 and revenues that topped market forecasts. The company was hit by sales of diabetes drugs and a lot of investment in developing a vaccine for Corona also hurt the results. Separately from the reports the company announced that its and Gilead’s viral drug showed no benefit and they stopped the tests. The stock is down 4% in early trading.

M3 (MMM) released pre-trading results, the company posted adjusted earnings of $ 2.43 per share versus an expectation of 2.26 with earnings surpassing forecasts. The company reported that it expects sales with no increase in the current month and did not provide a forecast for the rest of the year. The stock is down 1% in early trading.

Harley-Davidson (HOG) jumps over 10% in early trading after the release of third-quarter reports. The company reported earnings of 78 cents a share versus an expectation of only 21 cents and earnings that surpassed early forecasts.

Jet Blue (JBLU) the company released reports and posted a loss of $ 1.75 per share which was below the forecast for a loss of $ 1.96. The company’s revenue surpassed forecasts and is very encouraging from sales for the holiday season. The stock is up 3% in early trading.

Twilo (TWLO) last night released reports with earnings of 4 cents a share after the market expected a loss of 3 cents. The cloud communications company presented higher-than-expected revenues and a better-than-expected forecast for the rest of the year.

The Las Vegas Sanders (LVS) casino company of Jewish billionaire Sheldon Adelson is looking for a buyer for its gambling city assets for $ 6 billion, according to a number of sources published last night. The stock is up 4% in early trading.

*The article has been translated based on the content of Source link by https://www.sponser.co.il/Article.aspx?ArticleId=102362
. If there is any problem regarding the content, copyright, please leave a report below the article. We will try to process as quickly as possible to protect the rights of the author. Thank you very much!

These were the details of the news After the sharp declines, positive trade is expected to open in... for this day. We hope that we have succeeded by giving you the full details and information. To follow all our news, you can subscribe to the alerts system or to one of our different systems to provide you with all that is new.