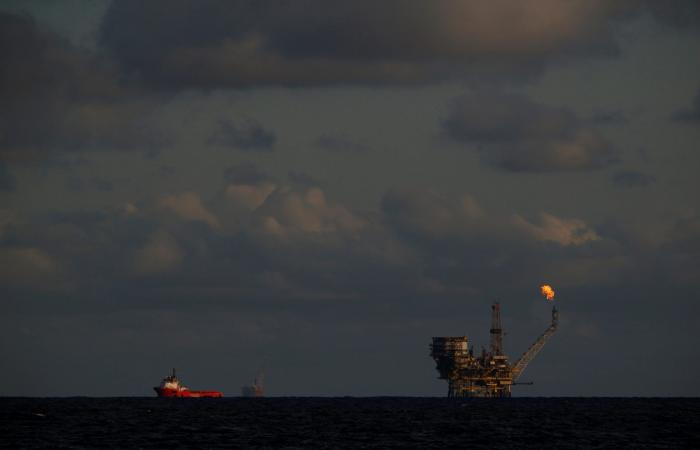 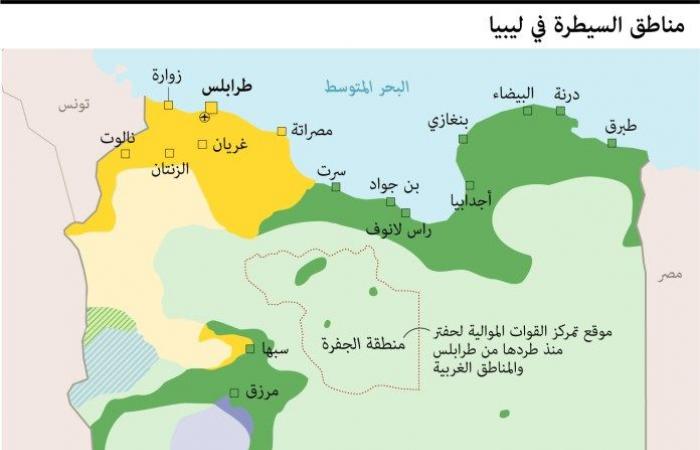 The Libyan parties agreed during the first two rounds of the 5 + 5 security committee negotiations on the necessity of the departure of all fighters and mercenaries of any party belonging to the country, within 90 days, after forming a unified government.

However, it seems that the crisis of confidence between the two parties is still present, as experts in their conversation with Al-Hurra website doubted the possibility of implementing and implementing the agreement on the ground.

The Government of National Accord, based in Tripoli in the west, and rival forces led by Field Marshal Khalifa Haftar, the military commander in Benghazi in the east, agreed to withdraw from the front lines in Sirte and Jufra in the center of the country, and to begin dismantling armed factions to integrate them into state institutions.

The Libyan journalist from Tripoli, Abdullah Al-Kabeer, agrees with the political analyst, Mukhtar Al-Jadal from Benghazi, that the agreement is good in its content.

The UN Secretary-General, António Guterres, said that the ceasefire agreement in Libya, which was agreed upon, is “an essential step towards peace and stability” in the country, but that there is a lot of hard work ahead.

The debate says that “any agreement and any effort made in the interest of the Libyans is a good thing, but the dilemma and problematic in its implementation.” Al-Kabeer says that the agreement “constitutes a basis on which to build in the next political dialogue to be held in Tunisia at the beginning of next month.”

“The formation of the government and the new presidential council is supposed to take place in the next political dialogue in Tunisia if the parties to the dialogue agree,” he added.

The Acting Special Representative of the Secretary-General of the United Nations in Libya, Stephanie Williams, announced, on Sunday, the launch of political consultations between the Libyan parties, on Monday, as part of the Libyan Political Dialogue Forum process.

The United Nations Support Mission in Libya said in statement “The aim of the Libyan Political Dialogue Forum is to find consensus on a unified executive authority and on the necessary arrangements for holding national elections in the shortest possible time frame in order to restore Libya’s sovereignty and give democratic legitimacy to Libyan institutions.”

The first meeting of the Libyan dialogue will start on Monday, through the visual communication mechanism, and the direct meeting will start on November 9th in the Tunisian capital.

“Yes, it is possible to form a unified government, but will the Libyan people accept it or not? And who will give it legitimacy?”

He added, “Parliament is supposed to meet and grant legitimacy and give approval and confidence to the government, but Parliament is divided and cannot meet.”

But al-Kabir responds to this by saying, “The Forum for Political Dialogue will replace Parliament, as it includes representatives from Parliament and from the Supreme Council of State representing all national constituencies.”

The debate believes that the one who signed the agreement on the part of “the Libyan National Army is the Director of the Office of the Commander-in-Chief, Major General Khairy Al-Tamimi, meaning that he represents Field Marshal Khalifa Haftar. As for the head of the Accord Government’s delegation, Ahmed Bushehama, I do not think that he will be able to persuade the militias to dissolve themselves and disarm them. This happens without the intervention of another, stronger party. ”

On the other hand, Al-Kabeer says, “The officers who signed the agreement represent the two parties, and when their intentions are true, they can implement many of the provisions.”

The differences emerged directly between the two parties in understanding how to implement the agreement after its signing.

The head of the reconciliation government, Fayez al-Sarraj, blessed the signing of the agreement, but said that he “does not tolerate those who committed crimes against the Libyans, and those who left behind when they withdrew mines and mass graves.”

Libyan army spokesman Colonel Pilot, Muhammad Qununu, expressed his lack of confidence in the success of any peace path in which the executioner and the victim are equal, without ensuring that those involved in the aggression are held accountable.

Friday’s agreement came four months after Haftar’s forces, backed by Russia and the UAE, abandoned their year-long attempt to control the capital, Tripoli, in confrontations that left hundreds of people dead and tens of thousands displaced.

In June, Haftar withdrew from western Libya in the face of a counterattack from forces loyal to the Turkish-backed Government of National Accord, and the battles deepened the bitter mistrust between the two rival political camps and their military allies, as well as ordinary Libyans.

Qununu stressed, “their lack of confidence in the ability of Haftar’s militias to eject or request the exit of more than five thousand mercenaries from Wagner, Syria, Sudan and Chad, at a time when Wagner continues to establish camps, fortifications and dig trenches.”

Take out the mercenaries

Al-Kabeer affirms that the implementation of the agreement depends on the commitment of the United Nations to monitor and follow up the points of agreement, especially those related to the exit of mercenaries and foreign forces.

Al-Kabeer believes that the obstacles to implementation are the international parties on the ground, such as Wagner mercenaries of Russia, as well as mercenaries affiliated with Turkey.

“It is not possible to guarantee Haftar’s commitment if the sanctions are not hinted at, because he has precedents in disavowing any signature, as he did in Moscow and Berlin, or jumping on any solutions and resuming the war, as he did for the All-Inclusive National Forum before,” he said.

The debate does not see the crisis in removing mercenaries as much as it is in the dissolution of the Libyan militias affiliated with the Government of National Accord.

He said that the mercenaries in Libya represent a struggle between Turkey and Russia, and if they agree to leave, they will leave, but who can solve the militias. ”

These were the details of the news The lifting of “force majeure” from the last oil field in... for this day. We hope that we have succeeded by giving you the full details and information. To follow all our news, you can subscribe to the alerts system or to one of our different systems to provide you with all that is new.