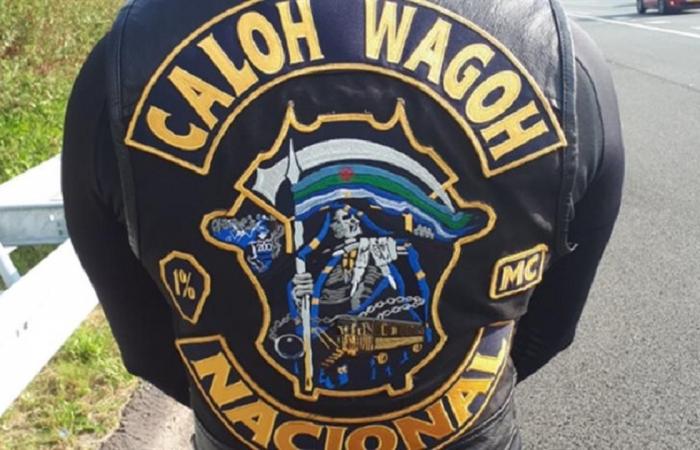 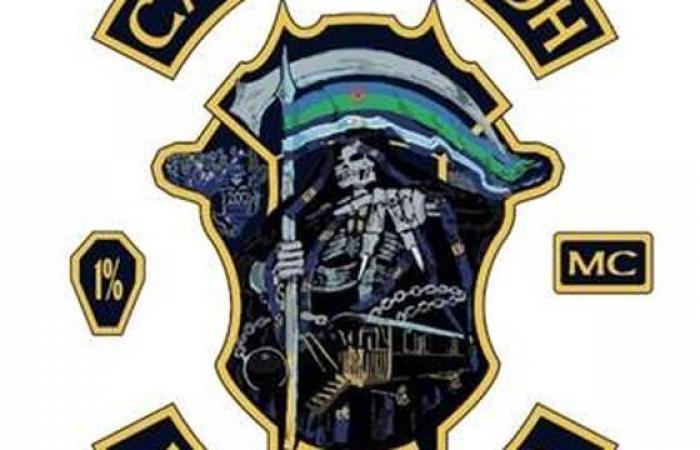 In the high-security court in Amsterdam, the lawsuit over the civil prohibition of motorcycle club Caloh Wagoh Main Triad MC, a club that is now known as the perpetrator of murders on order, will be heard on Monday. The events in a row.

If you zoom in on the Calow Wagoh logo, you can unravel the short history of the motorcycle gang, founded in 2016. A caravan, which refers to the background of some of the members, and on the left in the blue club colors a group of men and the house number 200, as a reference to the Crips street gang in The Hague.

In 2016, motorcycle gang Trailer Trash Maro Djipen (Ons Leven) MC and the street gang continue as Caloh Wagoh Main Triad MC. Caloh Wagoh stands for ‘black caravan’ and Main is a reference to the Rijksstraatweg in The Hague, the birthplace of the Crips. The Grim Reaper with characteristic scythe already graced the Trailer Trash logo, only now his hand forms the letter N, which again stands for Neighborhood Crips.

Symbolism that, according to the founders, expresses a brotherhood. However, according to the judiciary, it is nothing less than a criminal organization led by co-founder Delano R., better known as ‘Keylow’. He was arrested in November 2018 after a large-scale police action.

R. is now suspected in the Eris trial of ordering multiple liquidations and attempts to do so. Assignments that would again come from Ridouan T. and would have been carried out by ‘murder squads’, consisting of members of the motorcycle club.

It is not clear how many members Caloh Wagoh has. The Public Prosecution Service (OM) talked about several hundred in 2019. According to Outlaw Motorcycle Gangs (OMG) progress report, 1,950 people were known to be members of a motorcycle gang in 2019. 5 percent of that was part of Caloh Wagoh.

Besides ‘Keylow’ criminal Greg R. is the best known member. This father of Jesse R., sentenced to life, is also a suspect in the Eris trial.

The task of the Public Prosecution Service in the case that will be presented on Monday is to demonstrate that the continued existence of this club is a threat to public order. This legal basis is necessary to be able to ban and dissolve an association.

In addition, there must be one club with a board that manages the separate departments (chapters) from above. According to the judiciary, the central administration, the so-called Junta Nacional, is based in Mijdrecht. “Criminal and administrative action against individual members and chapters alone is not enough to deal with the social disruption that Caloh Wagoh causes,” said the OM.

The judiciary will undoubtedly point to the attack with a rocket launcher on the premises of Panorama magazine on the Amsterdam Teleportboulevard in June 2018. This was carried out by members of Caloh Wagoh, although this case is still under appeal. But ‘smaller’ crimes such as extortion and drug trafficking can also be linked to the club, according to the OM.

Success can be called relative

Justice often achieved success in proceedings against other motorcycle gangs. Satudarah has been definitively banned and the Hells Angels and No Surrender were also civil banned by the court of first instance, although this has been appealed.

In the case of the Bandidos, the Bandidos Motorcycle Club (BMC) Holland was banned, but the other chapters as independent associations in the Netherlands are not covered.

Success must be put in perspective. Satudarah is still active just across the border in Belgium. The infamous chapter of the Hells Angels in Haarlem has partly continued under a new name (the Hardliners) with departments throughout the Netherlands.

What has been achieved is that the clubs are less visible in the public space. But to use the words of Minister of Justice and Security Ferd Grapperhaus: “The approach of OMGs takes a long time.”

These were the details of the news Is Caloh Wagoh also on the list of banned motorcycle gangs?... for this day. We hope that we have succeeded by giving you the full details and information. To follow all our news, you can subscribe to the alerts system or to one of our different systems to provide you with all that is new.