On the 35th anniversary of the launch of the “Emirates Flight”... 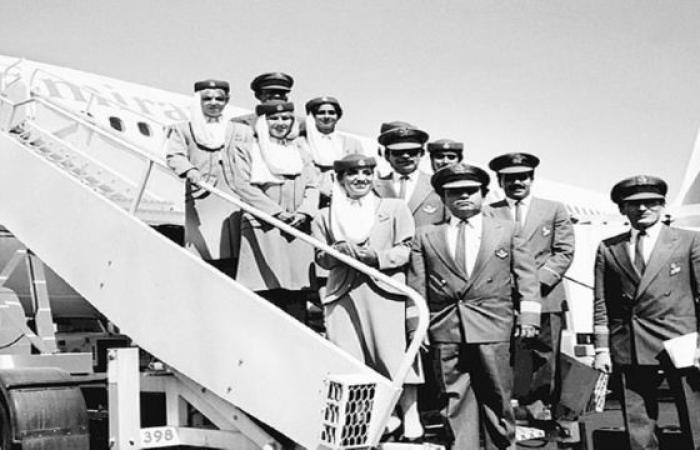 On October 25, 1985, “Emirates Airlines” launched its first airline outside the Emirates with only two planes, namely, “Boeing 737” and “Airbus B4 300”. The company’s first flight took off from Dubai International Airport to the city of Karachi, with it on board. 133 passengers.

In 1987, Emirates Airlines received the first A310 aircraft it requested to purchase, and shortly after receiving another Airbus A300-600R aircraft, the number of its fleet increased in succession.

Emirates Airlines requested the purchase of 7 Boeing 777 aircraft, with an option to purchase 7 more aircraft, in 1991.

In 1992, “Emirates Airlines” became the first airline to provide all seats in all travel classes in its fleet with video systems, and opened an exclusive building for its passengers at Dubai International Airport, at a cost of $ 2 million.

Emirates Airlines celebrated its tenth year, with a fleet flying to 34 destinations in the Middle East, the Far East and Europe by the end of 1995, and the airline received the first Boeing 777-200 aircraft, becoming the first airline to display direct images of take-off and landing In 1996.

In 2000, Emirates Airlines became the first airline to order an Airbus A380 when it ordered the purchase of seven of them, with an option to purchase five additional aircraft, during the Farnborough Air Show. “Emirates Airlines” surprised the aviation industry sector at the Paris Air Show by concluding the largest deal in the history of the civil aviation industry, by requesting the purchase of 71 aircraft, valued at $ 19 billion, in 2003.

Emirates entered history after ordering 42 Boeing 777s in a deal valued at $ 9.7 billion in 2005. It was the largest Boeing 777 order ever at that time. Today, Emirates is the world’s largest operator of the 777s.

In 2008, Terminal 3 dedicated to Emirates Airlines opened at Dubai International Airport, and the terminal witnessed the departure of 500,000 passengers from the facility during its first month of operation.

These were the details of the news On the 35th anniversary of the launch of the “Emirates Flight”... for this day. We hope that we have succeeded by giving you the full details and information. To follow all our news, you can subscribe to the alerts system or to one of our different systems to provide you with all that is new.