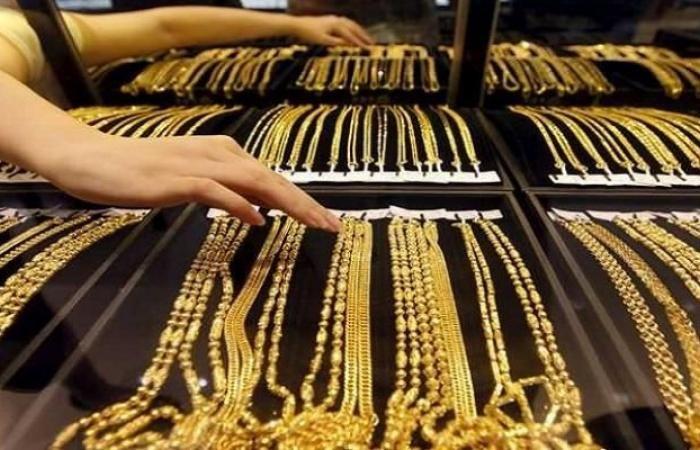 A window on the world – The price of gold today, Saturday, in Egypt witnessed a slight decline by the value of one pound only, to record 21 carat, which is the best-selling in Egypt, 832 pounds per gram, after gold fell globally to 1901 dollars from 1909 dollars.
Gold prices today ..

Expectations for the approval of a US stimulus package offset the impact of the pressures imposed by the strong dollar, and there has been little change on gold in spot trading after the price fell to 1,903.36 dollars an ounce, after dropping more than 1% in the previous session, and US gold futures rose 0.01 % To $ 1905.80 yesterday.

Gold, which is seen as a hedge in the face of potential inflation, is as high as 0.3% per week, and Cameron Alexander, director of commodity research at Refinitiv Metals Research, said, “Concerns about the rise in Covid-19 infections and the increased likelihood of a Democratic victory in the US election, which is likely to generate greater stimulus. A weak dollar is helping gold to rise, according to Reuters

The dollar index rose 0.1% against a basket of major currencies, which increases the cost of gold to holders of other currencies.

These were the details of the news Gold prices fell today … and 21 karat recorded this price for this day. We hope that we have succeeded by giving you the full details and information. To follow all our news, you can subscribe to the alerts system or to one of our different systems to provide you with all that is new.