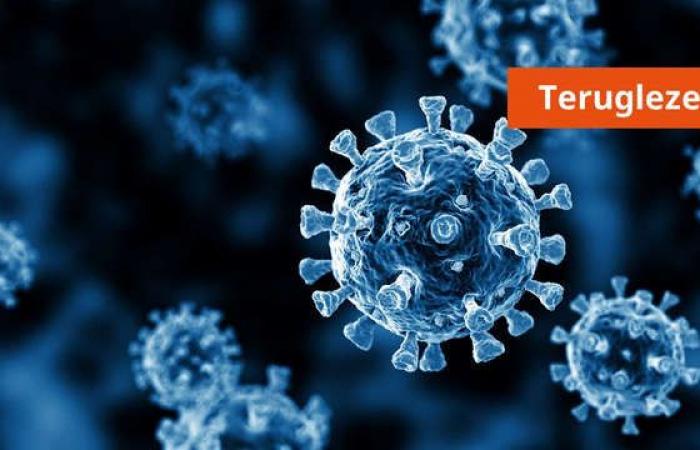 This was the main corona news of Saturday, October 24.

And the Limburg retailers also notice this in their business. “We are now at 39 customers and it is almost 14:00. Normally there are between 400 and 450 on a whole Saturday,” says Frans Seuren of a Venlo drugstore. There is also a great lack of German customers on the market. Read more here.

6:46 PM – IT problem at GGD causes a delay in figures
The ICT problem that has ensured that today’s corona figures are not completely complete was in the systems of the GGDs. They carry out the test work and submit the figures to RIVM. “It was a malfunction between two systems that have to communicate with each other. This created a backlog. RIVM cannot do anything about this,” emphasizes a spokeswoman for GGD GHOR Netherlands.

According to the spokeswoman, it may be difficult to make up all arrears tomorrow. “We expect it to be completely resolved tomorrow, but there may still be some overflow to Monday,” she says. “In any case, it will be settled before the weekly figures come out on Tuesday.”

GGD GHOR hopes it was a one-time problem.

6:04 pm – Six new corona deaths reported in Limburg
The reports that have already been processed by the RIVM contain six deaths in Limburg of people who were infected with the virus. That number is significantly higher than in recent weeks. However, it does not mean that all these people died in one day. Reports of deaths are often not passed on until a little later.

In the possibly incomplete figures, 347 new infections in Limburg are mentioned today. It is possible that these figures are incomplete due to ICT problems at RIVM. The number is at least a lot lower in the past two days.

5:42 PM – Hundreds of people at demonstration against corona law
On the Malieveld in The Hague, hundreds of people have gathered today to demonstrate against the temporary corona speed law. The organization called on the demonstrators to keep their distance from each other. Some people responded to this. Mouth masks were not visible.

Senators were called upon to vote against “the most draconian law ever”. The senate will discuss the corona law that will replace the local emergency regulations next week. The law gives the corona measures a legal basis.

There is a lot of police on and around the Malieveld.

5:25 pm – Figures on coronavirus RIVM incomplete due to ICT problem
RIVM today published incomplete corona figures. The institute is struggling with an ICT problem, as a result of which some of the data on the number of new infections was missing, the Ministry of Health reports. The problem has now been resolved, but it is still unclear how many reports are missing in today’s daily figures.

To date, RIVM has processed 8,669 reports of positive test results nationwide. That number therefore gives a distorted picture. A spokesperson for the ministry says that the missing figures will be processed in the figures that will be released tomorrow. Then the number of reported new infections will most likely be a lot higher. “The average of the figures for today and tomorrow will give a more accurate picture,” said the ministry.

The regional figures have not yet been updated in the dashboard at all. So the question is whether we can still report the Limburg figures today.

4:30 pm – Publication of corona figures RIVM is delayed
The publication of the daily figures on the coronavirus from the National Institute for Public Health and the Environment (RIVM) is significantly delayed today. Normally, the institute publishes the raw data around 2:15 pm, on the basis of which various news media invariably report the state of affairs. They weren’t there yet around 4:30 PM. The so-called corona dashboard of the national government had not yet been updated at that time either.

The spokesperson for the RIVM was not available for an explanation. The NOS has heard from a spokesperson that not all figures have been received yet and that it is therefore taking longer than usual.

2:14 pm: Number of corona patients in hospitals now 2115
Hospitals have admitted 42 corona patients in the past 24 hours. This means that the total number of infected people currently being treated in a hospital has risen to 2115, reports the National Coordination Center for Patient Dispersion (LCPS). Of these, 501 are in intensive care, 29 more than Friday.

13:38 hours – Teststraat Breda target of vandalism
The test street in Breda has become the target of vandalism and intimidation. According to Mayor Paul Depla, signs on the test street of the GGD have been destroyed and the test street is daubed. People have also been abused by people who think corona is a fairytale, according to Depla. According to the GGD, a number of people will cause nuisance on Saturday. The police have been called in. The GGD apologizes for the inconvenience and delay. “Too sad for words,” Depla said on Saturday. “Show respect for our people in healthcare and at the GGD.” The mayor speaks of “aggression against people who are committed to our health”.

12:52 – Defense assists in nursing home after corona outbreak and deaths
Defense medical personnel will be helping at a care center in Bergen in the coming weeks due to a corona outbreak. According to NH Nieuws, fifty of the ninety residents of Oudtburgh care center would have been infected with the virus and twenty staff members. Defense cannot make any statements about the amount of infections. A spokesman does say that defense only comes to help “when the need is very great”.

10:42 am – Soon more clarity about the effect of vaccines
Six vaccines have now been reserved by the European Union. A seventh deal is in the works. Whether the vaccines work sufficiently is still a mystery, but that will soon become clear. “It will be the litmus test for the corona vaccine”, says Utrecht professor Cécile van Els, who works at RIVM and is a member of the panel that advises the cabinet.

9:59 am – Brabant hospital communicates via baby monitors
Since this week, the Bravis Hospital in Bergen op Zoom and Roosendaal has been using baby monitors in the lung department to communicate quickly with corona patients. Omroep Brabant reports this. “It saves a lot of time and resources”, says manager Ouke Hoedemaker of the care unit Pulmonary Medicine. The introduction of baby monitors was suggested during the evaluation of the first corona wave in the West Brabant hospital. “Patients who are proven or possibly infected with the coronavirus are in isolation behind closed doors. The nurses cannot hear or see the patients. To do this, they have to enter the room and put on protective clothing,” says Hoedemaker. Thanks to the baby monitor, the nurse can immediately see how the patient is doing and have a conversation.

8:48 am – Also Belgian Limburg to highest alarm phase
Since Friday, Belgian Limburg has been in alert level 4 of the Belgian corona barometer. The number of new infections has risen to over 400 per 100,000 inhabitants. The South Safety Region on Friday appealed to Limburgers not to cross the border to refuel or go shopping.

8:30 am – ‘Mouth caps rules hospitals are confusing and unsafe’
While the cabinet is working on a national duty to mask public buildings, hospitals still lack unambiguous rules. This is “confusing and unsafe”, according to care unions, professional organizations of care providers and the Patient Federation. They are calling on hospital administrators to tighten guidelines for the use of medical mouth-nose masks. In principle, they should be used continuously by hospital staff, the organizations say.

*The article has been translated based on the content of Source link by https://www.1limburg.nl/teruglezen-zes-nieuwe-coronadoden-gemeld-limburg
. If there is any problem regarding the content, copyright, please leave a report below the article. We will try to process as quickly as possible to protect the rights of the author. Thank you very much!

These were the details of the news Read back: Six new corona deaths reported in Limburg | ... for this day. We hope that we have succeeded by giving you the full details and information. To follow all our news, you can subscribe to the alerts system or to one of our different systems to provide you with all that is new.