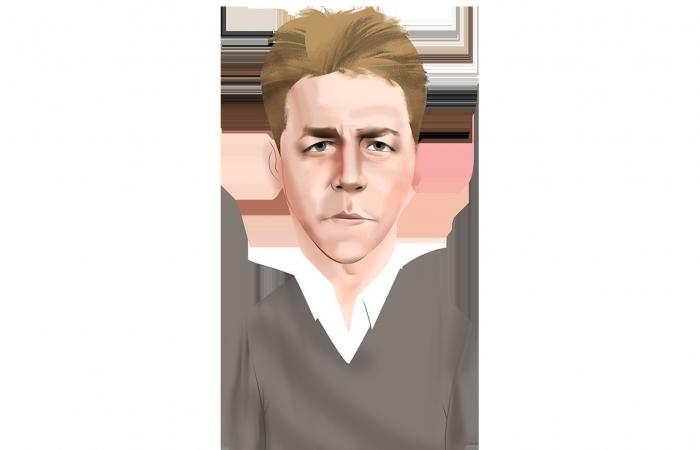 Thank you for reading the news about INTERVIEW: Hummingbird Technologies and Saudi Arabia team up on food security and now with the details

Jeddah - Yasmine El Tohamy - Will Wells, CEO of Hummingbird Technologies, is scrutinizing our food, right down to the lettuce on a supermarket shelf.

“Every time somebody buys lettuce in Europe, the chances are that Hummingbird has analyzed that lettuce,” he told Arab News. Since last year, the Saudi Agricultural and Livestock Investment Company (SALIC) has probably had a good look at it too.

Last year SALIC — owned by the Public Investment Fund with a mandate to optimize investment in food and farming in the Kingdom and around the world — became a big investor in Hummingbird with a £7 million ($9.1 million) financial injection into Wells’ company.

It was an investment with big implications for agri-tech — the fast-growing sector that applies advanced digital technology to farming and food production — but also for global food security and Saudi Arabia’s plans to become more self-sufficient in sustainable foodstuffs.

Hummingbird, which Wells described as “my baby” after he set it up four years ago, develops the software used by drones and satellites to produce high-resolution maps that farmers can use to forecast crop stress, identify diseases, pests and weeds, and optimize food yields.

“If you’re an agricultural company and you say to me ‘I want you to show me every single soya bean in Brazil, or every single sugarcane plant in India,’ we could do it in a millisecond,” he said.

“Think of us like an MRI scan for plants. We use satellite data, robots, and drones to help farmers see problems in their crops. The result is immunotherapy, not chemotherapy. By analyzing millions and billions of pixels of crops from space, we can help people use fewer chemicals, improve supply, and monitor the entire digital food supply chain,” Wells said.

With a team of 65 people — mainly scientists — in his London office, Wells uses artificial intelligence (AI) techniques to analyze billions of pixels to prevent such problems. The technology he has developed can also assist in making food production more sustainable by measuring and evaluating agricultural techniques that minimize carbon-intensive practices.

“We can make the difference between sustainable and unsustainable agriculture. Technology like this can connect the dots,” Wells said.

“I want to emphasize the sheer quantity of software and hardware solutions in agri-food — weather stations, soil sensors, driverless tractors, robotic harvesting, spot-spraying weed devices. Hummingbird’s role — rather like the MRI scan — is to talk to all of that technology. We link up and integrate with everything else on the ground,” he added.

Hummingbird grew out of work done by scientists at London’s Imperial College and other technology organizations, and was backed by some prestigious investors in early-stage funding, including the European Space Agency and James Dyson, the British inventor and entrepreneur.

It has operations and clients across the world, from Latin and North America, throughout Europe and Russia, and down to Australia.

The Saudi connection came when SALIC opted to use Hummingbird technology for agricultural projects at farming land it owns and manages outside the Kingdom, including big investments in the Ukraine and Australia.

“SALIC was a customer first, but they liked the technology so much they decided to back it,” Wells said. SALIC’s £7 million participation in the last round of financing makes it a major investor in a start-up that is valued at more than £20 million.

But Wells has much bigger ambitions. “Can an AI business for agriculture hit the same unicorn status, like those in health technology and fintech, that we’ve seen in recent years? The potential size of the market we’re going after is absolutely enormous.

“We are doubling and tripling every year, and expanding fast. We analyze millions of hectares of farming land every month, and we see billions of dollars of efficiency in each market we look at. You don’t have to be a silver bullet to hit ‘unicorn’ status in those conditions. People who have expertise in AI and crops make up quite a small list,” Wells added.

SALIC has been investing for some time in agricultural assets outside the Kingdom. Two years ago, it made the biggest in a series of investments in the Ukraine’s abundant farming lands with the purchase of Mriya, one of the country’s largest farming landowners in the rich grain and vegetable producing areas in the west of the country, combining it with an agricultural asset purchased earlier.

Last month, SALIC imported and sold its first batch of grain from Ukraine, unloading 60,000 tons of wheat in Jeddah, as part of the Kingdom’s strategy to support foreign investments in agriculture and help to ensure food security in Saudi Arabia.

In 2019, SALIC bought more than 200,000 hectares of land in Western Australia, including its first foreign investment in sheep-raising land, in one of Australia’s largest-ever farming land deals.

Hummingbird technology can be used at the new acquisitions to enhance productivity and eliminate disease. SALIC also has ambitions in Canada and India.

But Wells also sees “immense” opportunities within the Kingdom itself. Food security has always been a national objective, and is one of the pillars of the Vision 2030 strategy to diversify away from oil dependence.

Earlier this year, the National Grain Company was set up, a partnership between SALIC and the National Shipping Company to oversee trade, handling and storage of grains in the Kingdom.

“We are looking to expand and have a local agricultural presence. Saudi Arabia wants to grow more fruit and vegetables in the country, and to do so locally and sustainably. We have expertise in producing foodstuffs efficiently, and that expertise can be put to good use there,” he said.

Wells said that the Vision 2030 strategy “speaks to the needs of consumers everywhere.” He added: “Ordinary people and consumers everywhere, not just in Saudi Arabia, are increasingly asking where their food is coming from, and this is a major factor for a company like ours. We are an enabler of self-sufficiency.”

The Hummingbird business also fits in perfectly with the emphasis on high-technology and the knowledge economy that is central to the Vision strategy, nowhere more so than in the NEOM megacity planned in the Kingdom’s north west.

There are more immediate applications too. Wells is working on an algorithm for date-palm production across the Middle East region that he believes has great potential. “But ultimately we can analyze any plant from space, whether it’s in the middle of the desert or in a field in Brazil, and therefore we’re actively seeking local partners, especially university professors who specialize in plant pathology,” he said.

Hummingbird can also be critical to the Kingdom’s plans to reduce its carbon footprint as part of the Circular Carbon Economy strategy to tackle climate change.

“What we’re able to do from space is measure activities within food and farming that sequester carbon. To put it plainly, if a farmer or a farming business uses the Hummingbird map, and as a result of that uses less nitrogen as fertilizer, or sprays fewer chemicals, they have a lower carbon footprint, or potentially even a positive carbon outcome,” Wells said.

“By measuring things like biodiversity and soil health from space, we are able to distinguish between a farm that is sustainable, and a farm that’s not. At the heart of it is a ‘green’ outcome,” he added.

At some stage, Hummingbird will come back to the investor table for more funds. “We’re a high-growth start-up and in due course we will be seeking new investment. It is part of our journey and we have many more market opportunities too,” he said.

“Some people might call it a ‘land grab’, but we’re expanding into geographies where there are millions of hectares of farmland that have not yet been analyzed like this. It’s still very much a frontier market,” he said.

The link-up with SALIC could just be the connection that takes Hummingbird along the way to being an Arabian unicorn, but there is a broader ambition beyond the financial — to change the way the global food and agriculture business is seen.

“Food and farming has been demonized as a cause of climate change by many people. But there is a way to produce food efficiently and sustainably. It’s our job to sit right in the middle of that.

“The aim is to take a sector that has been blamed for climate change, and make it carbon positive. That is the goal here,” Wells said.

These were the details of the news INTERVIEW: Hummingbird Technologies and Saudi Arabia team up on food security for this day. We hope that we have succeeded by giving you the full details and information. To follow all our news, you can subscribe to the alerts system or to one of our different systems to provide you with all that is new.