The Dow Jones and Nasdaq indices end a week-long streak, and... 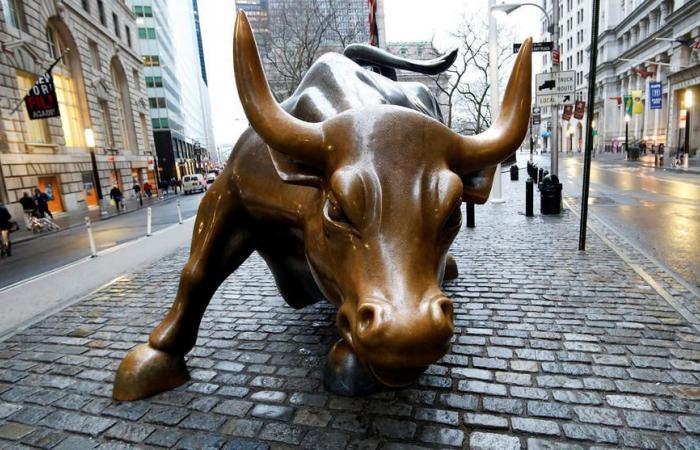 The S & P500 and the Nasdaq closed slightly higher Friday, October 23 in choppy trading, as investor eyes turned to negotiations on a stimulus package in the United States that could ease the economic damage from the coronavirus pandemic.

European stocks rose Friday, October 23rd, buoyed by positive business results from Barclays and a rise in Airbus shares, but continuing concerns about the economic impact of the acceleration of Covid-19 infections made the markets post their biggest weekly loss in a month.

This raised the banks ’index and put it on the path to achieving the best monthly performance in more than a year.

Other sectors that are considered more sensitive economically, such as the automobile industry, oil and gas, also rose.

But German service sector activity has contracted, indicating that the largest European economy is operating at two different paces.

Oil fell about 2% on Friday, October 23rd, ending the week on a decline, in light of an expected increase in Libya’s crude supplies and concerns about demand resulting from the acceleration of Coronavirus infections in the United States and Europe.

Crude prices fell after the National Oil Corporation in Libya said it had lifted the status of force majeure on exports from two major ports, and that production could reach one million barrels per day within four weeks.

Russian President Vladimir Putin said on Thursday that Moscow did not rule out an extension of OPEC + oil production cuts, but analysts said this was not sufficient to offset the impact of expectations of increased Libyan production and demand concerns.

OPEC +, which groups Russia and the Organization of the Petroleum Exporting Countries, is set to raise production by 2 million barrels per day in January 2021.

Baker Hughes Energy Services said US energy companies added five oil rigs, bringing the total number of rigs in operation to 287 in the week ending on October 23, the highest number since May.

The number of rigs is an indication of future supplies.

Gold stabilized on Friday as expectations of an eventual US stimulus package were offset by the pressures imposed by the strong dollar.

There was no significant change in gold in immediate trading at 1903.36 dollars an ounce before the opening of the European markets, after dropping more than one percent in the previous session.

Gold, which is seen as a hedge in the face of potential inflation, is up 0.3% for the week.

The dollar index rose 0.1% against a basket of major currencies, which increases the cost of gold to holders of other currencies.

The market’s focus now turns to the US presidential election on Nov.3, after US President Donald Trump and his Democratic rival, Joe Biden, presented starkly contrasting views on the pandemic in the final presidential debate on Thursday.

The dollar stabilized against most currencies on Friday after a balanced presidential debate in the United States, but it is heading towards a weekly loss as investors await stimulus talks in Washington and post-Brexit trade negotiations.

US President Donald Trump adopted a more conservative tone compared to what he was in the first debate, but Thursday’s debate focused again on dealing with the Covid-19 pandemic and personal insults.

The dollar fell 0.03% against a basket of currencies in early trade in Europe, near a seven-week low it reached on Wednesday. The dollar is still down around 0.7% for the week.

The safe-haven yen rose about 0.1% to 104.71 for the dollar, trimming some of the losses it incurred on Thursday, after US House Speaker Nancy Pelosi said the stimulus talks were making progress.

Hopes that Congress might pass a stimulus package ahead of the presidential election and confidence that spending might follow, regardless of who is elected, have led to a wave of selling in the bond market in anticipation of inflation and government borrowing.

The Chinese yuan also held on to its gains against the dollar after an official with the State Administration of Foreign Exchange in China said that the Chinese currency is more stable than expected, indicating that the authorities are not too concerned about its recent appreciation.

The yuan has gained about 7.5% since the end of May, as China leads the global recovery from the Corona virus. And it recorded in the last session 6.68 for the dollar in internal trading, down about half a percent from the 27-month peak it hit on Wednesday.

These were the details of the news The Dow Jones and Nasdaq indices end a week-long streak, and... for this day. We hope that we have succeeded by giving you the full details and information. To follow all our news, you can subscribe to the alerts system or to one of our different systems to provide you with all that is new.