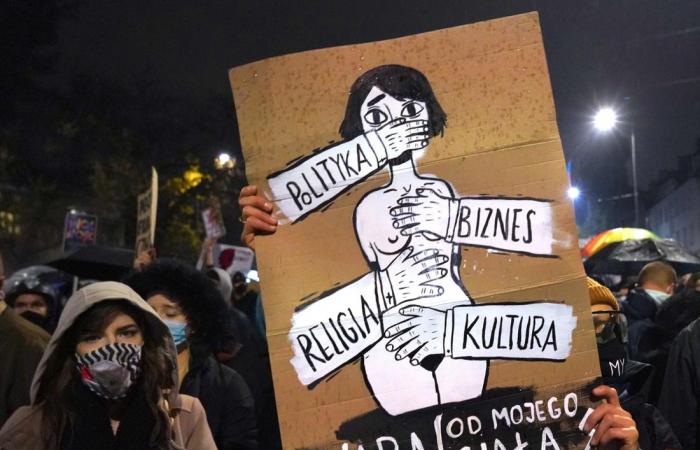 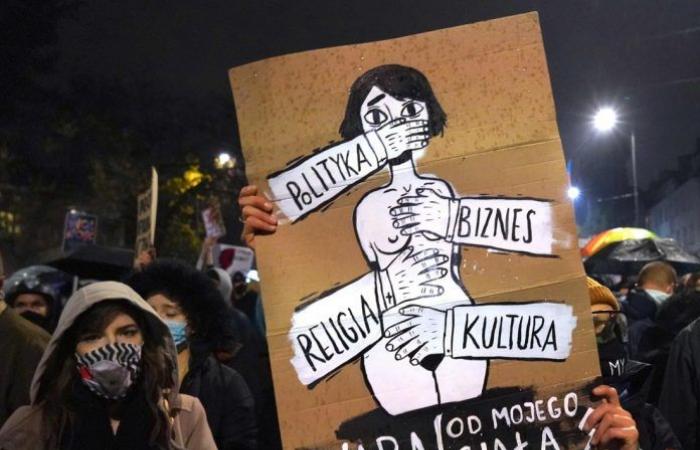 Polish streets fill up in protest against the near-total ban on abortion that the constitutional court issued in the country on Thursday. This ruling now also prohibits abortion in the case of serious abnormalities of the fetus. “Having a child has always been my dream, yesterday I was terrified of it for the first time,” a 21-year-old protester told Gazeta Wyborcza.

From Wroclaw to Gdańsk to Krakow and Warsaw, people across the country have been taking to the streets since Thursday in spite of the corona measures to protest against the constitutional court ruling that virtually bans abortion. In the capital Warsaw, the numbers rose to 12,000 on Friday evening. The protesters gathered there again in front of the house of PiS party chairman Jaroslaw Kaczynski. From there they moved to the center. There are times when you have to overcome your fears to take to the streets. This is such a moment, ”writer Klementyna Suchanow told Polish newspaper Gazeta Wyborcza.

Poland already has one of the strictest abortion laws in the European Union, but made an exception for fetuses with a serious abnormality. The Polish Constitutional Court is now putting an end to this, following a request from the national conservative ruling party Law and Justice (Pis) and other far-right and populist parties. Abortion is only permitted in the event of rape or serious danger to the health or life of the mother.

PiS party chairman Jaroslaw Kaczynski thus fulfills a promise to the hardliners in his supporters. However, the wider population has a greater acceptance of abortion. They can now be seen in large numbers. Protesters turn up at Kaczynski’s house with slogans like ‘You’ve got blood on your hands,’ Reuters reports.

The protesters are thus against the stricter corona measures. Officially, only ten people were allowed to gather – only five from Saturday – now that more than ten thousand infections are diagnosed every day. The demonstrations were therefore particularly grim on Thursday. Pepper spray was not shunned, 15 people have already been arrested. Rafal Trzaskowski, the liberal and popular mayor of Warsaw who has long been on a collision course with PiS, condemns the violence of the security forces and condones the demonstrations. “I do not condone civil rights violations,” he wrote on Facebook.

Member of the European Parliament Robert Biedron from the left-wing Wiosna party was also at the demonstrations. Images show him being pushed away with a heavy hand by the police. He expressed his anger about this on Twitter: “Are you not ashamed?”

New protests are scheduled for Monday and the protesters will probably not sit still this weekend.

*The article has been translated based on the content of Source link by https://www.standaard.be/cnt/dmf20201023_97580579
. If there is any problem regarding the content, copyright, please leave a report below the article. We will try to process as quickly as possible to protect the rights of the author. Thank you very much!

These were the details of the news Tens of thousands of Poles take to the streets against the... for this day. We hope that we have succeeded by giving you the full details and information. To follow all our news, you can subscribe to the alerts system or to one of our different systems to provide you with all that is new.