Wallonia and Brussels have the highest contamination rate in Europe 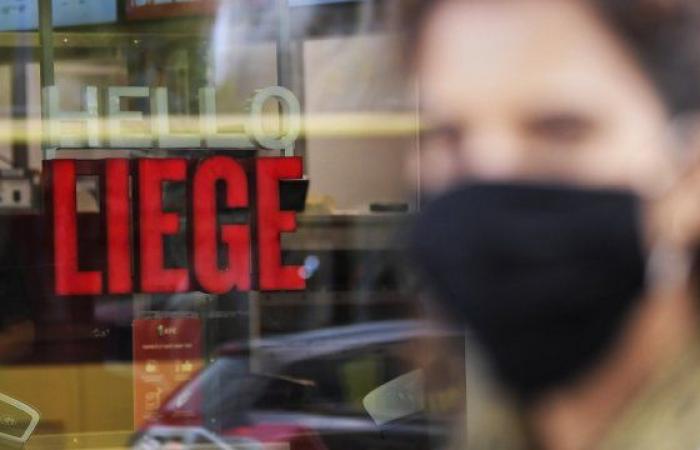 It is gloomy about the Belgian corona statistics. The pandemic is rolling over us in ever-increasing waves.

Belgian anti-coronatologist Steven Van Gucht gave perhaps his darkest press conference in seven months of crisis policy on Friday. Message: the number of infections continues to rise – with new record figures – just like hospital admissions and deaths. To make matters worse, the virus is getting faster and faster and more and more vulnerable seniors, precisely the groups that need intensive care in the hospital.

Wallonia is the most affected European region, with 1,413 cases per 100,000 inhabitants in the past two weeks. Brussels is second, followed by a few Czech regions.

Belgium is the sick man in Europe. Van Gucht emphasized this even more by adding the figures from the European Center for Disease Prevention and Control (ECDC). Wallonia is the most affected European region, with 1,413 cases per 100,000 inhabitants in the past two weeks. Brussels is in second place with 1,350, followed by a rough Czech regions. In the top 20, apart from the Dutch South Holland (830) and the English northwest around Liverpool and Manchester (768), there is no other region from Western Europe.

In Flanders the incidence rate is almost three times lower (546). The north now seems to be catching up. The fastest increases in new cases occur in West Flanders, East Flanders and Limburg, with the number of cases doubling every seven days. West Flanders shares in the blows that are dealt across the language border in Wallonia and across the national border in France. The French north has many cases, including the city of Roubaix which is well above 1,000 cases per 100,000 inhabitants. The city of Liège is at 1,909 cases per 100,000 inhabitants.

Flanders is still well below the levels of the south. Van Gucht: ‘We still see the highest number of cases in Liège (an average of 1,954 cases per day), Hainaut (1,691) and Brussels (1,525). Liège and Hainaut are alarming, the figures continue to rise and double every eight to nine days. ‘

While the Liège hospitals are full, the contamination figures in Belgium continue to rise. The numbers double every seven days. Last Monday, there were nearly 13,000 diagnosed cases, with an average of 10,454 infections over the past seven days. The expectation is that due to delay in the arrival of the test results, the figure for last Monday will be adjusted towards 16,000. According to Van Gucht, this week it will probably go to more than 20,000 cases per day – by which he means that next week the consolidated result for Wednesday, October 21 or Thursday, October 22 will already be 20,000.

Even worse is that the virus is increasingly spreading from young to old. Most infections still occur in the 20 to 30 year olds, but the increase is less than in the other age groups. The average age is increasing. Half of the cases are older than 37 years. The number of positive cases among the over-60s doubles on a weekly basis.

The highest increase occurs in the over-90s, doubling every five days. They show the second highest infection rate, after their twenties. Van Gucht: “Unfortunately, this will translate into a further increase in hospitalizations and deaths.” Studies show that 14 percent of 85-year-olds die with Covid-19. From 90 years and older this increases to a quarter. Last Monday there were already 49 deaths, an average of 35 per day in the past week.

The number of infections among the over-90s doubles every five days. Unfortunately, this will translate into a further increase in hospitalizations and deaths.

The conclusion is that the Liège rain is gradually drenching the entire territory. It is bad and there is hardly any prospect of improvement. The hospital numbers double every eight days. Just under 500 people were admitted on Thursday. That is the number of beds in a small Belgian hospital in one go. Those 496 admissions are painfully close to the record number during the spring pandemic (629 on March 28). Then it took a week for the numbers to drop, and that was during a full lockdown.

There are 3,649 patients with Covid-19 in our Belgian hospitals – in April that was just under 6,000 at the peak. 573 are in intensive care, doubling every nine days. ‘The coming week will be crucial to safeguard our hospital capacity,’ says Van Gucht.

Even if the curves turn and the hoped-for peak comes soon, the future still looks dark. The curves are so high that even if the virus blows up its motor – which happens anyway – and the curves go down again, it will go so slowly that there is no sign of a significant relaxation of the corona rules soon. The coronavirus will remain our dark companion surfing with us for a long time, waiting for every chance to strike.

These were the details of the news Wallonia and Brussels have the highest contamination rate in Europe for this day. We hope that we have succeeded by giving you the full details and information. To follow all our news, you can subscribe to the alerts system or to one of our different systems to provide you with all that is new.