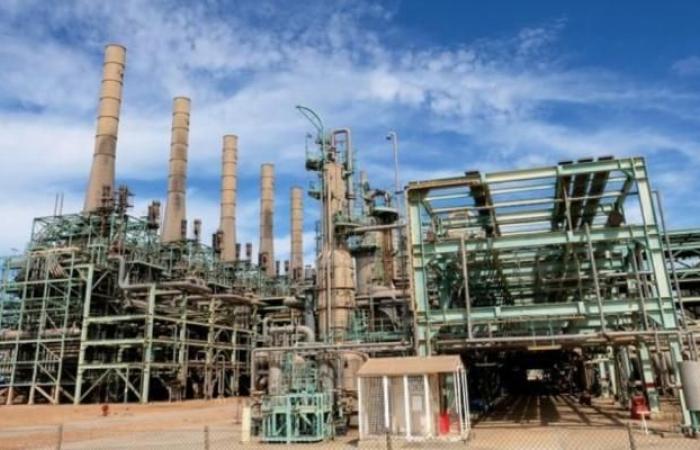 Libya’s oil production recovered to about 500 thousand barrels per day after production was restored in accordance with the agreement of the Libyan Army General Command with the representative of the Presidential Council, Ahmed Maitiq.

Experts doubt that Libya’s crude production will return to pre-2011 energy production rates of 1.6 million barrels per day, especially with repeated closures for years and in light of the damage to the infrastructure and the lack of investment.

A number of companies have started to resume production in some fields, while they have not yet started in others. This report monitors the latest developments in production and the situation in the Libyan oil sites.

The production of the Arabian Gulf Company, a subsidiary of the National Oil Corporation, has reached about 190 to 200 thousand barrels per day, while the company has not yet resumed operating the Al-Bayda and Al-Nafoora oil fields because the pumping is taking place through the Sidra port, which is still under the force majeure.

Three shipments of 600,000 barrels per day are scheduled to be exported in October.

The NOC lifted the status of force majeure from the Hariqa marina, and began loading on September 19, and the oil tanker “UNIPIC” loaded the first shipment from the port shortly after that.

As for the port of Zueitina, the NOC lifted the status of force majeure on September 22 last, and shipping sources expect that the loads of this October will reach about 80 thousand barrels per day on average.

Abu al-Tifle oilfield, with a capacity of 70,000 barrels per day, is expected to resume operation on 24 October.

The next big increase in Libyan oil production is also expected to come from the resumption of exports from the ports of Ras Lanuf and Sidra in the east and from the Elephant oil field in the southwest, where Libyan production could jump to more than one million barrels per day.

While the Elephant oil field, with a capacity of 70,000 barrels per day, is still closed, and it is dependent on electricity supplies from the spark, so its restart may be imminent.

The condensate for the El Fil and Wafa fields are used in the Mellitah Blend, which is exported from the port of Mellitah, and which is run by the Italian oil company and Eni.

On 17 September, the Commander-in-Chief of the Libyan Army, Field Marshal Khalifa Haftar, announced the resumption of oil exports on condition not to use it to finance terrorism, as a result of active participation in the internal Libyan-Libyan dialogue, with Ahmed Maitiq, Vice President of the Presidential Council Fayez Al-Sarraj, with the aim of alleviating suffering About citizens.

The terrorist Brotherhood organization and some militia and terrorist organizations refuse to put control over the oil money, which hinders their financing of their suspected terrorist activities.

These were the details of the news Libyan oil is rising again .. Expectations and statistics for this day. We hope that we have succeeded by giving you the full details and information. To follow all our news, you can subscribe to the alerts system or to one of our different systems to provide you with all that is new.