A warning about the “white elephant” … Trump’s advisor: China is... 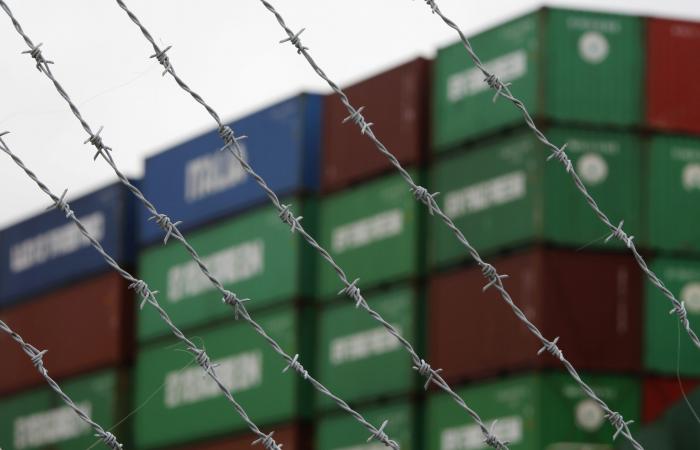 The National Security Adviser to the US President, Donald Trump, pointed the finger at China of stealing Corona virus research from the West, and indicated that it is trying to monopolize every essential sector in the twenty-first century.

In a 20-minute broadcast, Wednesday, Robert O’Brien said that he had informed a number of the most prominent military officials in the US and British army and intelligence services that China is exploiting its power to devour and persecute its people and seek to spread hatred, whether among its neighbors or Western powers.

“The Chinese Communist Party seeks to seize all areas and sectors … and plans to monopolize all important industries in the twenty-first century,” O’Brien said, during his participation in the hypothetical “Atlantic Future” forum.

He added, “Recently, China has employed its means of electronic espionage to target companies that are working to develop vaccines for Covid disease and its treatments in Europe, Britain and the United States, coinciding with its promotion of the importance of international cooperation.”

He added that the international project, which the Chinese authorities call the “Belt and Road Initiative”, aims to give bad countries “non-permanent loans” to build an infrastructure called “the white elephant”, in which Chinese companies and workers are employed (the white elephant is a description given to the commitments that It does not come with benefits, but it is very expensive to operate.)

“The dependence of these countries on Chinese debts makes them vulnerable to uprooting their sovereignty and withdraws from them the ability to vote for the party in United Nations meetings and other matters.”

China is trying to respond to these accusations that the world is afflicted with anti-Chinese hysteria, and that the powers of the West do not accept the economic progress they have witnessed in 40 years.

O’Brien recalled the opportunities that the West had afforded China over decades, including membership in the World Trade Organization, to ease the obstacles it poses to foreign companies, believing that Beijing would be keen on economic and political openness.

“Unfortunately, these promises have not been fulfilled until today … rather, the leaders of the Chinese Communist Party have doubled down on their authoritarian and commercial style and the entire state-based economy,” he said.

In 1979, the Chinese economy was no more than that of Italy, but after the opening of foreign investment and the introduction of reforms in the trade system, China became the second largest economy in the world, and took over several technological sectors, including artificial intelligence, regenerative medicine and conductive polymers.

But O’Brien believes that China’s response to the Covid-19 epidemic “has erased any lingering doubts about its true intentions.”

These were the details of the news A warning about the “white elephant” … Trump’s advisor: China is... for this day. We hope that we have succeeded by giving you the full details and information. To follow all our news, you can subscribe to the alerts system or to one of our different systems to provide you with all that is new.