Brussels: Galapagos and the Halloween meeting 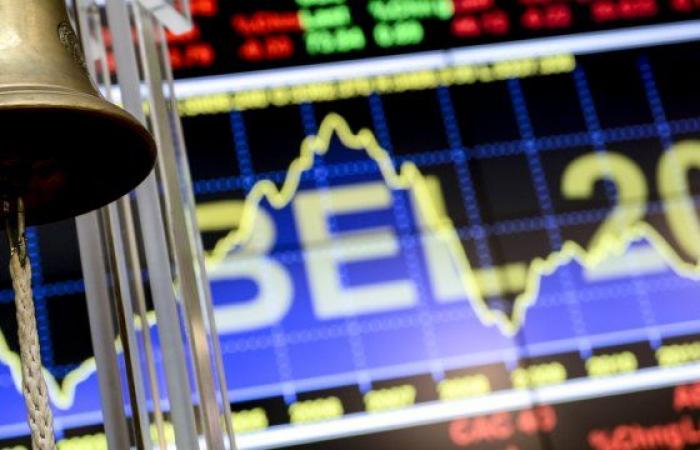 While the European stock markets lost almost half a percent, the Bel20 managed to limit the damage. Galapagos has a pivotal meeting at the end of this month. Exmar rose sharply after a divorce deal with his Argentinian partner. Kinepolis fell after a reduction in advice.

Investors in Europe initially took to the hope that a stimulus deal will still come out in the United States and good quarterly results from UBS (+ 2.65%) and Reckitt Benckiser (+ 0.1%), among others. In the last half hour, corona worries and fears of further economic damage from tougher protective measures regained the upper hand. The Euro Stoxx 50 closed 0.45 percent in the min.

Sofina benefited from a new buying advice. ING analyst Hans D’Haese is particularly positive in his first report on Sofina. He calls it ‘The Active Beauty’, an allusion to the nickname ‘The Sleeping Beauty’ that the holding carried on the Brussels stock exchange for years.

What particularly appeals to him is that Sofina is fully featured in growth stories and an early co-investor – along with the cream of US venture capital funds – in future unicorns.

The fact that the share is currently already trading at a premium of 6 percent against its net asset value does not bother him. After a detailed analysis of the portfolio, he is convinced that more is on the way. He therefore starts the follow-up with a purchase advice and a target price of 290 euros.

‘We thought we would get the data in a study in the first quarter of 2021 and a possible new application to the FDA. But partner Gilead

schedules a meeting with the FDA and says if an approval is unlikely, he will reconsider commercial arrangements surrounding the marketing of filgotinib. ‘

According to the investment bank, there are three possible scenarios. The first is that Gilead is returning the US commercial rights to Galapagos. In that case, a renegotiation of US rights is possible, with Galapagos taking over the commercialization. In that scenario, our appreciation for the company would drop by about 20 percent. ‘

In the second scenario, Gilead will not apply for treatment for rheumatoid arthritis, but it will apply for ulcerative colitis (colitis). In addition, according to Morgan Stanley, the valuation would decrease by 10 percent.

A third possibility is that the meeting shows that filgotinib has a chance of success, without changing the agreements regarding the sale. “If that happens, Galapagos could go 10 to 20 percent higher due to investor relief,” the stock exchange writes.

In short, the coming weeks promise to be exciting for the Galapagos shareholder. Investors kept a cool head: the share rose 0.3 percent to 111.80 euros.

has reached a settlement with its Argentinian partner, the oil group YPF. The Belgian natural gas carrier will receive 150 million dollars, so that YPF can get out early under its lease for the floating lng plant Tango. $ 22 million will flow directly to Exmar, the rest will follow in monthly installments in a year and a half. 40 million will go as collateral to Bank of China and Deutsche Bank, the lenders for the lng factory.

Note the extremely low credit score of counterparty YPF. This is the equivalent of ‘extremely speculative’, with a high risk of default.

Still, there is a side note, because the rest of the payment will be in monthly installments of $ 7.1 million over the next year and a half. “Take into account the extremely low credit score of the counterparty YPF: CCC at Fitch,” it says. “That’s the equivalent of extremely speculative, with a high risk of default.”

Due to the extensive financial risks and the tariffs that are under pressure, Cuypers applies a discount of 50 percent on the once again unemployed floating LNG factory, FLNG. On the other letter soup, the floating regasification plant FSRU, where Exmar is involved in a protracted arbitration procedure with tenant Gunvor, the analyst applies a discount of 40 percent.

Exmar still receives rent for the FSRU. ‘New contracts for both ships will probably be concluded at lower rates’, Cuypers notes. He confirms the ‘keep’ advice and the target price of 2.50 euros. Investors pushed the stock 13 percent higher to 2.35 euros.

fell 1.7 percent after an advice cut. KBC Securities analyst Guy Sips lowers his advice for the cinema group from ‘buy’ to ‘build’ and leaves his price target at 43 euros. ‘Contrary to what was previously communicated that the events and cultural sector could continue with the existing protocols, it now appears that Kinepolis has to close its shops.’ As a result, the cinema chain can no longer sell drinks and food in its Belgian branches. Kinepolis is known for making a lot more money on drinks, chips and sweets.

“The bad news comes on top of all the existing problems in the cinema industry, such as film producers delaying films and cinematic audiences who stay away,” Sips continues. ‘Yet the problems at Kinepolis are not nearly as great as at the competitors AMC and Cineworld. We expect Kinepolis to have cash for another ten to eleven months. The next major reimbursement will not take place until 2022. We believe the company will continue to take measures to further reduce costs. ”

The fact that the cinema chain is no longer allowed to sell food and drink in Belgium is no small feat. The strong sales of popcorn and other ‘in theater sales’ have made Belgium the most lucrative market for Kinepolis for years. Slide 30 learns this from the presentation with the half-year figures this summer. Due to the lockdown, the profit per visitor in Belgium fell from 6.87 to 4.67 euros, but the home market remained the most lucrative for the group for the Netherlands.

These were the details of the news Brussels: Galapagos and the Halloween meeting for this day. We hope that we have succeeded by giving you the full details and information. To follow all our news, you can subscribe to the alerts system or to one of our different systems to provide you with all that is new.