Barco, from the stars to the gutter in nine months 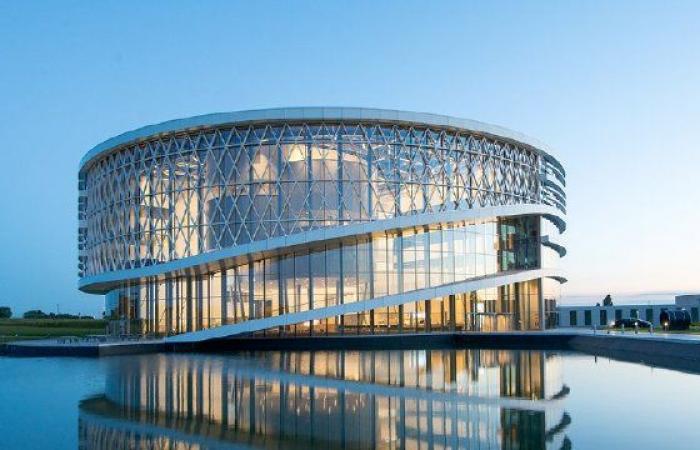 Investors are looking forward to the results at Barco Wednesday morning. The big question is whether the imaging group, which is doing twice as bad as the Bel20 this year, was not punished too harshly.

In 2019, there was absolute unanimity among the Investors’ editors about what the shares of the year should be about one name. Ship

had to and would be on the list. Surfing on the success of its Clickshare meeting tool, Barco beat the Bel20 with a cool 100 percentage points. It had been since the 1990s that investors embraced the imaging group so eagerly.

Then came the coronavirus. Presentations became webinars and meetings became Zoom meetings. Clickshare went into lockdown and ended up economically unemployed in a dusty corner of the business economy. And that was not the only calamity that the corona virus brought down on Barco. Cinemas on all parts of the world have been transformed into a wasteland that even market leaders are talking about. The world’s second largest cinema group Cineworld, a customer of Barco for screen projectors, sees, just like cinema giant AMC, approaching financial bottom.

Suddenly, the stock market darling became a corona patient with little hope of an immediate cure. Barco has a loss of 48 percent since January with a stock market pit that is more than double the size of the Bel20 (-17% since the beginning).

We saw a silver lining for Clickshare when people started moving back into the office. But the new home working guidelines threaten that.

But the question is whether investors lashed out too hard when they downgraded Barco to the tail end of the Bel20 over the past nine months. “Barco is in the corner where the blows are falling, but don’t forget that it restored its roof while the sun was still shining,” said Guy Sips, analyst at KBC Securities, on several occasions. ‘As a result, the company can fall back on rock-solid cost efficiency and the business model is resilient against the worst storm.’

Still, Sips, who remains a fan of Barco with a buying advice, admitted on Monday, when the new measures for working from home in Belgium, admitted that not all the suffering was over. “New lockdown scenarios could threaten the recovery for Clickshare, which carries most of our appreciation for Barco,” said the analyst, lowering his price target from $ 26.5 to $ 22.

Barco has another crisis protection: its Healthcare division. Although Barco no longer provides forecasts due to the great uncertainty, analysts are hinting at decent growth. ‘We expect a strong performance and an increase in the number of screen installations in operating rooms,’ says ING analyst Marc Hesselink. The Healthcare division is the smallest and most underexposed in Barco’s stable. Wrongly, said the stock exchange Berenberg earlier. ‘The world has 150,000 operating theaters. Only 3,000 of these have been digitized. We shouldn’t draw a picture of the growth potential. ‘

Barco is looking forward to its results with some confidence and is the strongest riser in the Bel20 on Tuesday.

*The article has been translated based on the content of Source link by https://www.tijd.be/markten-live/vooruitblik/barco-van-de-sterren-naar-de-goot-in-negen-maanden/10259200.html
. If there is any problem regarding the content, copyright, please leave a report below the article. We will try to process as quickly as possible to protect the rights of the author. Thank you very much!

These were the details of the news Barco, from the stars to the gutter in nine months for this day. We hope that we have succeeded by giving you the full details and information. To follow all our news, you can subscribe to the alerts system or to one of our different systems to provide you with all that is new.