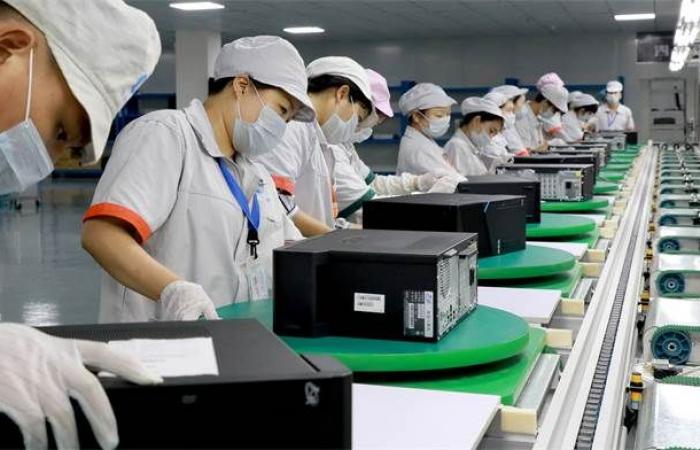 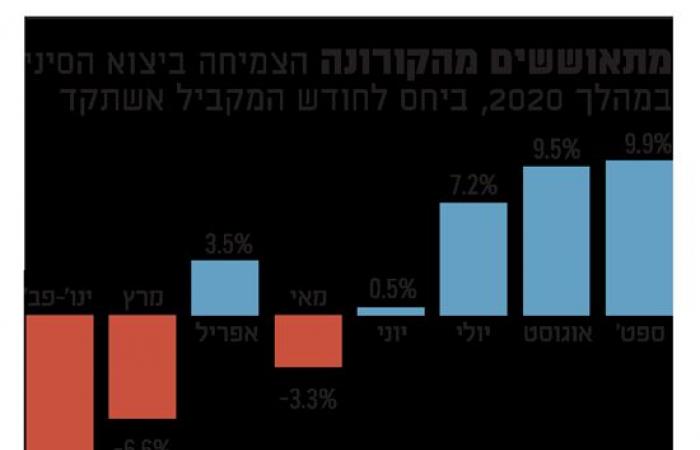 The Pew Survey Institute conducts an annual survey examining China’s image among the world’s citizens. Last year the institute ruled that the world is divided over the Asian power, with countries with a positive attitude alongside countries with a very negative attitude. In contrast, in the 2020 survey, published last week, the results were much more unequivocal.

Against the background of China’s accusation that it hid the initial corona eruption, the Chinese image has plunged to a historic low. In all 14 countries surveyed in the current survey, the vast majority of respondents expressed a negative opinion regarding China. In Australia, for example, 81% of respondents reported a negative attitude towards China, compared to 57% last year. In Germany, 71% expressed a negative feeling towards China, compared to 56% in 2019. In other countries, too, the situation was far from overbearing.

The negative image of the country blends in with the continuing deterioration in its political relations with some of its major trading partners. Relations with the United States were already bad before the Corona, and became even more complicated because of it. In Australia, government support for investigating China’s functioning in the Corona led to a series of diplomatic and economic incidents between the two countries. At the same time, the Himalayan violence bordered China’s relations. India Even Britain, once considered China’s best friend in the West, has become a fierce opponent of Beijing this year, including a blockade by Chinese Wawi from its fifth-generation network.

To all this fuss should also be added the line of aggressive tariffs that US President Donald Trump has imposed on Chinese goods in recent years, and initiatives by governments such as Japan and France to incentivize manufacturers to leave China, to reduce dependence on the country. Estimates of sticking sticks in the wheels of the Chinese production machine this year.Only in practice, things are going in the completely opposite direction in the meantime.

At the beginning of 2020, the factories in China remained closed, as part of the strict closure measures against the corona, and Chinese exports collapsed by 17.2% in January-February. Even when Chinese factories reopened, many of them suffered from a lack of orders from abroad due to the closures in the US and Europe. In recent months, however, as many countries around the world have opened the closures at least temporarily, Chinese manufacturing and export activity has also returned to full output.

Demand for Chinese products around the globe is also reflected in a report released by research firm Qima, which specializes in supply chains. According to Qima, in July-August, the volume of inspections and inspections carried out by foreign buyers in Chinese factories jumped. The number of visits and visits by foreign buyers to factories in the field of electricity and electronics increased by 45% in the summer months, and in the field of household products it jumped by 56%.

Chinese growth in exports in recent months has been based in large part on the increase in demand for medical equipment and protective equipment to deal with the corona plague worldwide. According to Chinese customs data, China has sold $ 150 billion worth of medical masks and medical equipment abroad since the onset of the epidemic. For an increase in September exports, and household products contributed 1.2%.

For most of the population in China the corona plague is currently a distant memory, with life returning to an almost complete routine and the number of new infections minimal. In this climate, Chinese manufacturers have industrial quiet, and an advantage over competitors in countries that are still deep in the corona crisis. It seems that they are taking full advantage of this advantage to conquer market shares.

Image is important for trading

The impact of political relations between countries on the volume of trade between them has been proven in the past. One famous example is the tensions between the US and France around the Second Gulf War in 2003. France was then vocally opposed to the US invasion of Iraq, leading to calls for a US boycott of French products. The main victims of the boycott were French wines, whose weekly sales in the US fell by 26% at the height of the struggle between the countries. A survey analyzing shopping patterns in American supermarkets at the heart of the crisis found that French-named brands lost market share, even if they had no actual connection to France.

A 2012 study found that a one percent increase in the percentage of citizens in one country who view another country positively leads to a one percent increase in the volume of bilateral trade between the two countries. Another study from 2017 found that as the positive image of a country increases by one standard deviation, the average price of the goods it exports to the world will increase by 4.8%. Conversely, when the negative image is reinforced by a single standard deviation, the price of exported goods decreases by 7.3%. The researchers’ almost elementary conclusion is that countries should avoid events that adversely affect their image.

The Chinese leadership itself seems anxious about the consequences of international hostility against the country. As early as May, Chinese President Xi Jinping announced a plan under which China would rely more on domestic consumption, rather than on exports to the world as a source of growth. The move aims to protect China from the effects of a global recession, but also to make the country more immune to geopolitical disruptions, such as the trade war with the United States.

Studies show that affection for a particular country affects purchasing from it especially in a situation where consumers have other parallel options. It’s just that right now many countries depend on China for essential supplies, like masks and medical equipment that are hard to get from another source. The image of a country is of course only one consideration of consumers in purchasing a product, alongside the price, which in the case of Chinese products is often low and tempting.

A change in the supply chain is a very complex matter, and in interviews with foreign manufacturers they re-emphasized the irreplaceable benefits of the Chinese market, such as cheap but skilled labor and excellent logistical infrastructure. Surveys conducted by Chinese and American Chambers of Commerce recently found that the vast majority of companies do not plan to leave China, despite the corona and the trade war. Supply chain change processes are also a costly affair, and require financial resources that many companies do not have in times of crisis.

China’s impressive growth in recent months is just one facet of the rapid recovery in the Chinese economy. After a contraction of 6.1% in the Chinese economy in the first quarter of the year, already in the second quarter China moved to a positive growth of 3.2%. Growth figures for the third quarter will be released next week, and it is estimated that China will grow by 5.5%. Overall, China is expected to be the only major economy to record positive growth of 1.9% in 2020, while the rest of the country has entered a deep recession. Meanwhile, the pessimistic scenario of Chinese leadership is not coming true.

*The article has been translated based on the content of Source link by https://www.globes.co.il/news/article.aspx?did=1001345885
. If there is any problem regarding the content, copyright, please leave a report below the article. We will try to process as quickly as possible to protect the rights of the author. Thank you very much!

These were the details of the news China’s reputation is low so why is our dependence on China... for this day. We hope that we have succeeded by giving you the full details and information. To follow all our news, you can subscribe to the alerts system or to one of our different systems to provide you with all that is new.