National Interest: China’s No. 1 economy in the world 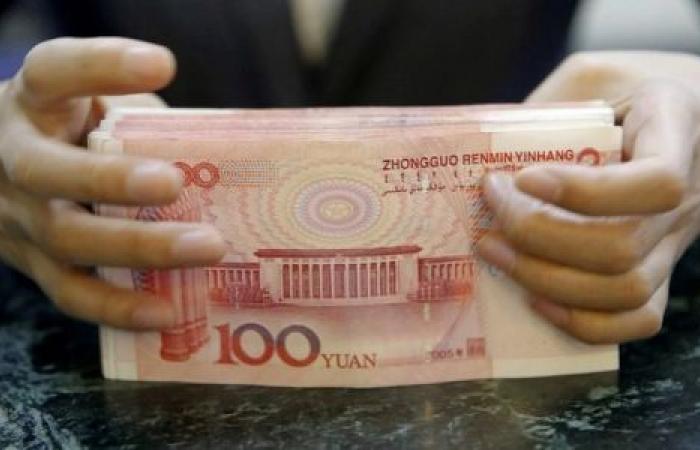 The National Interest magazine said in a report on its website that the economy ChinaIt is already number 1 in the world, contrary to what the major media except for the British “Economist” used to repeat it.

She noted a new index created by The Economist to compare economies, called the “Big MacDonald Sandwich”.

This indicator is based on a comparison of the yuan’s purchasing power ChinaJ and the US dollar.

The International Monetary Fund presented the Economic Outlook 2020 report, which included its views on the global economy and the challenges facing it.

And the National Interest added: “The most uncomfortable facts in the report that do not follow the liking of the Americans and refuse to admit are that China The United States has now been removed from the throne of the global economy and is the one in the lead. ”

This classification was based on a measure of purchasing power, which both the International Monetary Fund and the CIA consider the best in comparing countries’ economies.

The fund revealed that the total value of the economy ChinaJ of 24.2 trillion dollars is nearly a sixth of its US counterpart ($ 20.8 trillion).

Despite this, most of the major media outlets continue to rank the United States as No. 1 economically.

Clearly, measuring a country’s economy is a more complex task than it might seem.

This method relies on adding the goods and services produced by any country in its local currency and then converting the output into US dollars according to the current exchange rate.

For 2020, the total value of goods and services is ChinaYen 102 trillion yuan.

Since 7 Chinese yuan equals 1 dollar, the conversion of China’s GDP into the US currency equals 14.6 trillion dollars.

The GDP of the United States under this traditional method is $ 20.8 trillion.

However, this comparison assumes that 7 yuan can buy the same amount of goods in China As much as one dollar can do in the United States.

But that is completely unrelated to the truth, which led The Economist to create what it called the McDonald’s Big Index.

According to this indicator, the consumer ChinaWith 21 yuan, he can buy a sandwich McDonald’s Big.

And if that amount is converted into the US currency at the current exchange rate, the output is equal to 3 dollars and she can only buy half a sandwich. McDonald’s Large within the United States.

In other words, speaking to the National Interest, buying most products, from burgers to smartphones to rockets, the value of the currency ChinaThe real value is multiplied twice compared to the traditional calculation method

Aware of this fact, both the CIA and the International Monetary Fund use the purchasing power standard as it is more appropriate for comparing countries ’economies.

The International Monetary Fund stated that this standard “eliminates differences in price levels between different economies.”

Link to the original text

These were the details of the news National Interest: China’s No. 1 economy in the world for this day. We hope that we have succeeded by giving you the full details and information. To follow all our news, you can subscribe to the alerts system or to one of our different systems to provide you with all that is new.