The price of the dollar in Egypt today, Friday, October 16,... 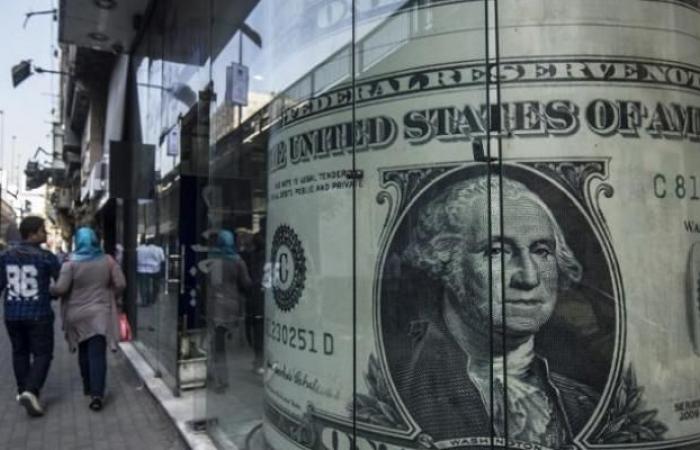 The average price of the dollar against the Egyptian pound stabilized today, Friday, in early trading by exchange firms, while the exchange rate of the European euro, the British pound and the Kuwaiti dinar declined, according to dealers.

Friday is an official holiday in Egyptian banks.

The price of the dollar scored 3 different levels in Egyptian banks, with a difference of two piasters between the highest and lowest price, according to a survey conducted by “Al Ain News” on the dollar price of 28 banks.

The price of the dollar dominated at 15.64 pounds for purchase and 15.74 pounds for sale on most transactions.

The largest in the Middle East

On Thursday, the Egyptian Ministry of Finance said that the Egyptian offering of government sovereign green bonds, worth $ 750 million, is for a period of 5 years.

At the end of last September, Egypt sold $ 750 million green 5-year bonds, with a return of 5.25%, to investors, to finance or refinance green projects in sectors such as transport, renewable energy and energy efficiency.

The Central Bank of Egypt announced that Egypt’s foreign exchange reserves rose to $ 38.425 billion last September, compared to $ 38.366 billion at the end of last August.

The highest price for the dollar came at 15.65 pounds for purchase and 15.75 pounds for sale in 6 banks, which are the National Bank of Kuwait, Abu Dhabi Islamic Bank, Al-Ahly of Egypt, Egypt, Baraka, and Al-Ahly Kuwait.

The lowest price for the dollar came at 15.63 pounds for purchase and 15.73 pounds for sale in 10 banks, including Al Ahly United, Commercial International, The United Bank, the International Arab Bank, the Suez Canal, and Arab African.

While the dollar recorded a higher price of “one penny” at 15.64 pounds for purchase, and 15.74 for sale in 12 banks, including Arab Investment, Egyptian Real Estate, Emirates NBD, Odeh, Credit Agricole, Cairo, Alexandria, and Bloom Egypt.

While the Kuwaiti dinar fell to 48.73 pounds for purchase and 51.47 pounds for sale, on the screen of the National Bank.

These were the details of the news The price of the dollar in Egypt today, Friday, October 16,... for this day. We hope that we have succeeded by giving you the full details and information. To follow all our news, you can subscribe to the alerts system or to one of our different systems to provide you with all that is new.