Mnuchin excludes approving a financial package before the elections … gold... 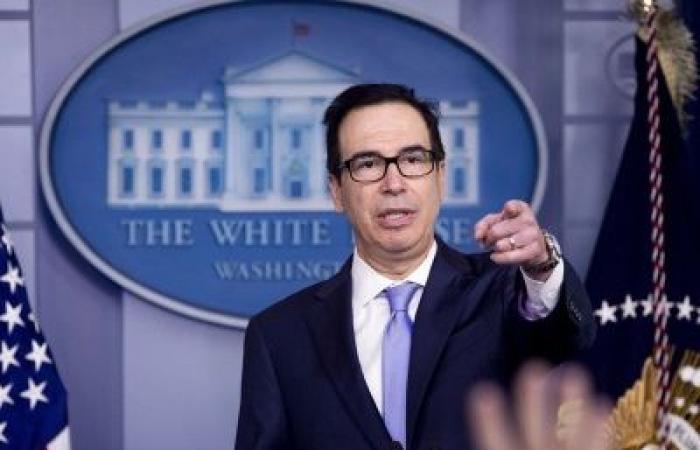 US Secretary of the Treasury, Stephen Mnuchin, said that his position is still “very far” from the position of House Speaker Nancy Pelosi regarding an additional economic aid package to mitigate the repercussions of the Corona virus, and that reaching an agreement will be difficult before the presidential elections on November 3 the first.
But Mnuchin said he would continue to try to agree on a financial aid package before the vote.
The White House, Democrats and Republicans in Congress are under growing pressure to reach an agreement on fiscal stimulus to help Americans overcome the pandemic crisis that has killed about 216,000 and damaged the economy.
But the two sides are divided over many priorities. Republicans in the Senate are fighting a proposal Mnuchin made last week that the package be worth $ 1.8 trillion, saying the amount is too large. Pelosi says the amount is not enough, and calls for a $ 2.2 trillion package.
Gold fell, on Thursday, and fell below $ 1900, which is an important psychological level, as the dollar held on to recent gains after the US Treasury Secretary dashed hopes of a new stimulus package before the presidential elections.
And gold fell in immediate transactions 0.2 percent to 1897.47 dollars an ounce by 0620 GMT, after rising 1.2 percent, Wednesday.
And US gold futures fell 0.3 percent to 1901.50 dollars an ounce. (Reuters)

These were the details of the news Mnuchin excludes approving a financial package before the elections … gold... for this day. We hope that we have succeeded by giving you the full details and information. To follow all our news, you can subscribe to the alerts system or to one of our different systems to provide you with all that is new.